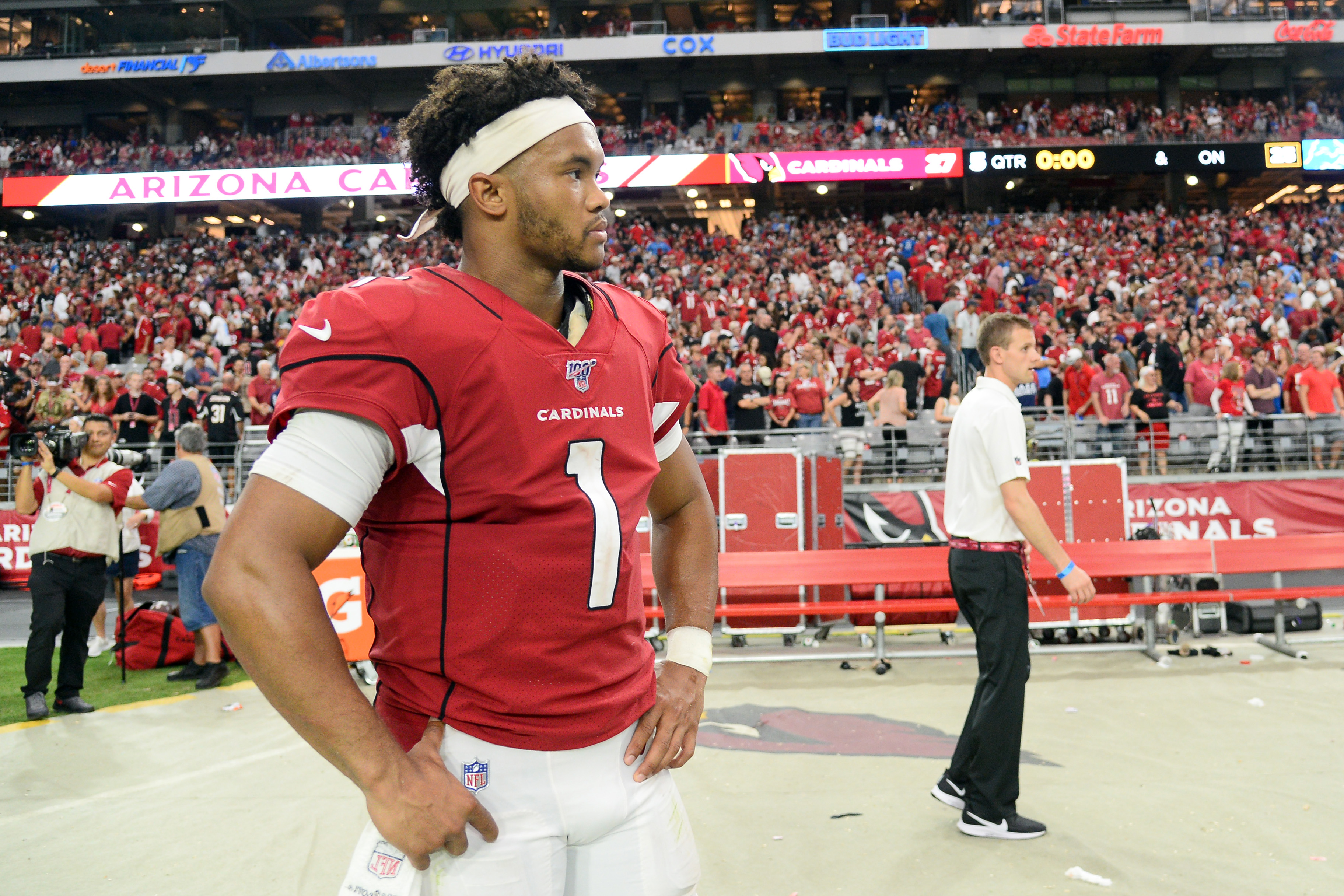 Cardinals rookie quarterback Kyler Murray looked abysmal through three quarters in Sunday’s game against the Lions, but then, all of a sudden, he came alive.

Murray and the Cardinals trailed 24-6 heading into the game’s final stanza, and it was looking extremely bleak for the rookie quarterback and young head coach. But all of a sudden, Murray got into a rhythm, and the playcalling began scheming to get the Cardinals receivers open, and the team found itself down just one score (24-16), with the ball.

The rookie quarterback showed a lot of poise on the team’s final drive in regulation, which was capped off by a touchdown pass to Larry Fitzgerald, and a successful two-point conversion attempt via a completion to Christian Kirk.

All in all, the game ended in a 24-24 tie, with the two teams trading field goals. Murray shared his thoughts on it after it was in the books.

Special day… started off slow but proud of the way we fought as a team. Learn and grow. #Birdgang

We’ll see what he has in store for Week 2.