Packers Offense Knows It Can Play Better In Week 2 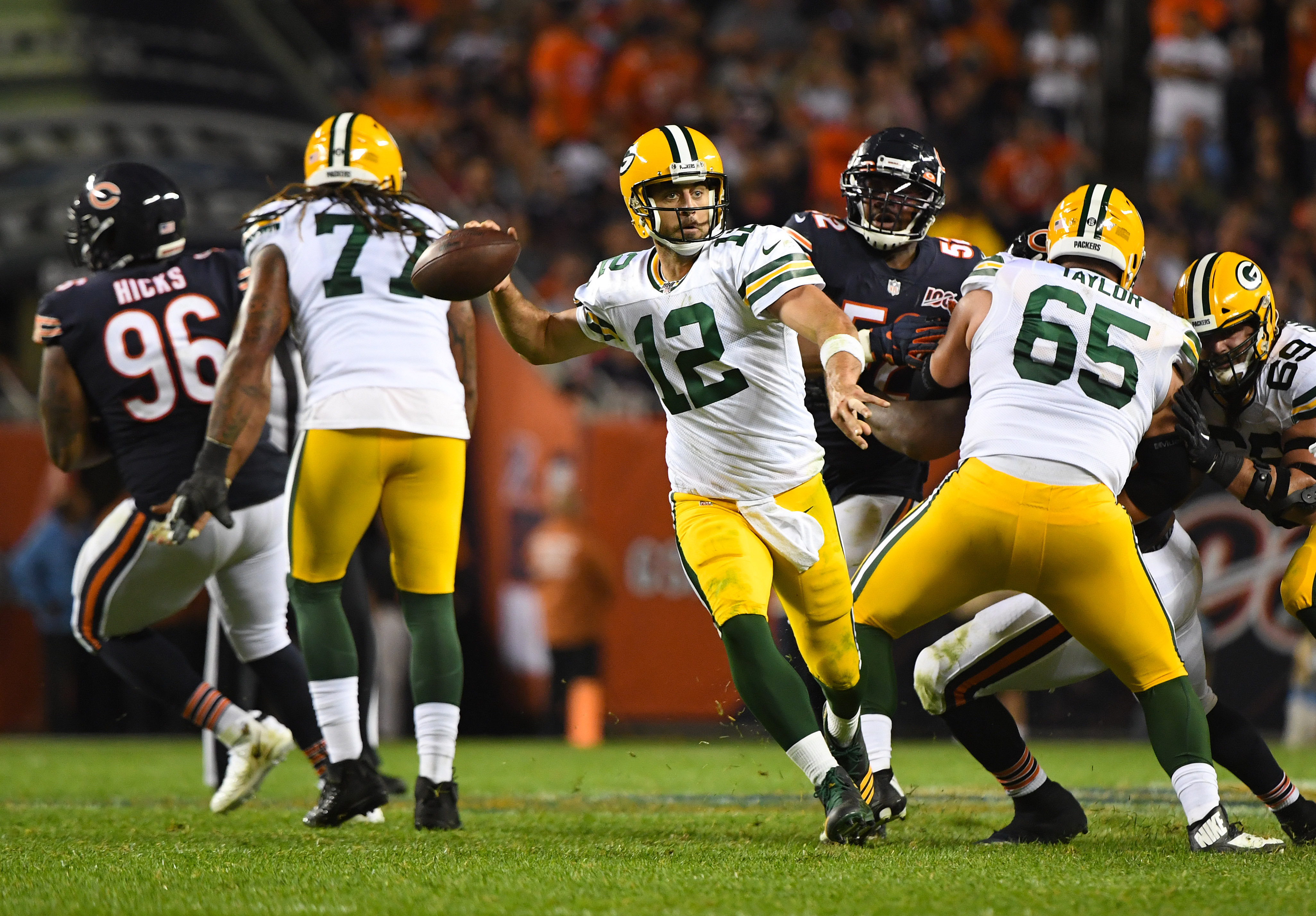 Packers Offense Knows It Can Play Better In Week 2

The Green Bay Packers were very pleased with their season-opening victory over the Bears. It was a hard-fought road win on national television against a quality opponent and a division rival. But one thing was obvious: the offense needs to play better in the coming weeks if the team hopes to reach its full potential.

While head coach Matt LaFleur was quick to praise the Bears defense, he knows his offense must improve.

“Even if you’re going against a good defense, your standards from an offensive perspective don’t change,” LaFleur told reporters. “I think we all have higher expectations and higher standards for our offense to operate.”

Quarterback Aaron Rodgers agreed. “I hold myself to a high standard and I didn’t play great tonight,” Rodgers admitted, taking responsibility for the offense’s subpar performance.

Part of the problem is that the team is still learning the new offense and LaFleur is still adjusting to running the entire team while still calling the plays. The result was that the team failed to get out of the huddle as quickly as they wanted to, and the offense took too many delay of game penalties and nearly had a few more.

“There’s definite room for improvement on that,” LaFleur said. “I think again it starts in practice. I think we need to do a good job of holding to that shot clock we have out there…If the shot clock says zero, we’ve got to blow the whistle or do something different to make sure we’ve got that sense of urgency getting out of the huddle. It just speaks to the fact that we want to be able to operate at the line of scrimmage and that’s why we want to get out of the huddle.”

Rodgers also saw the same problem. “We need a little more urgency out of the huddle, we had a lot of snaps late trying to get them to show their hand at times, but we too many up against the clocks and a couple of delays,” Rodgers explained. “We’ve got to get out of the huddle faster and that’s something I can do better.”

The Packers also failed to run the ball efficiently against Chicago, gaining just 47 yards on 22 attempts for just over two yards per carry. Aaron Jones led the team with just 39 yards on 13 carries. The only other player to gain positive yardage in the game was Rodgers who had one scramble for 10 yards and a pair or kneel downs to run out the clock at the end of the game.

“Just to take pressure off the pass game and try to protect against those pass rushers we need to get our ground game going,” LaFleur said. “Overall, we’ve got to do a better job on first and second down to stay out of those pass rush situations.”

Rodgers admits that learning this new offense and making it run at maximum efficiency will take some time. One adjustment is getting used to the faster, up-tempo philosophy of LaFleur as compared to Mike McCarthy. According to Rodgers, there were some positive signs in Week 1.

“We had some success with it at times,” Rodgers said. “There’s a lot of stuff we can get to in that, that’s the exciting part, but it’s predicated on moving the sticks. The first three drives didn’t do us any service there, but I do like what we can get to in those hurry up situations there’s a wide array of stuff that we can call, and I think we made some hay doing it.”

“There’s a number of things we can do in various personnel groups,” Rodgers continued. “We didn’t get to a lot of stuff tonight because we weren’t very efficient. but the more efficient we are, the first downs we have the more opportunities we can to get to some of our stuff. The good thing is, we’ll have plenty of stuff for next week that we installed this week.”

There were also some very positive signs that LaFleur and Rodgers are getting along well so far. Rodgers twice praised LaFleur’s play calling during his post game press conference and gave LaFleur the game ball in front of the entire team to congratulate him on his first win as an NFL head coach.

LaFleur was touched by the gesture. “I have such a high regard for him, not only as a football player but as a person,” LaFleur explained. “I can sit up here and talk all day about how much I enjoy working with him but that really shows our relationship and how it is. I told him I need to be better for him, too and not only for him but for all our guys.”

Attitude is another area that the players feel is different this season. “Where our mindset is this year as compared with last year is like night and day,” veteran tight end Marcedes Lewis said. “We understood that this is a big game, we understood that going in and we just didn’t want to blink and stayed the course regardless of how tough it got. After the game, we were excited about it but we’ve got another one coming here on Sunday.”

Both the coach and the players are optimistic about the future of the offense and of the team.

“I do think the effort is there from our guys,” LaFleur said. “We’ve got to continue to grind and work together to figure this thing out.”

The Packers offense will have their next chance to show what they can do next Sunday at the home opener against the Vikings at Lambeau Field. They know they won’t be able to win too many games by scoring only 10 points, but they also know they have too much talent to be kept down for long.

“There are still some kinks we’re going to need to work out but…as an offense, the sky is the limit,” Lewis said. “We know what we can do.”