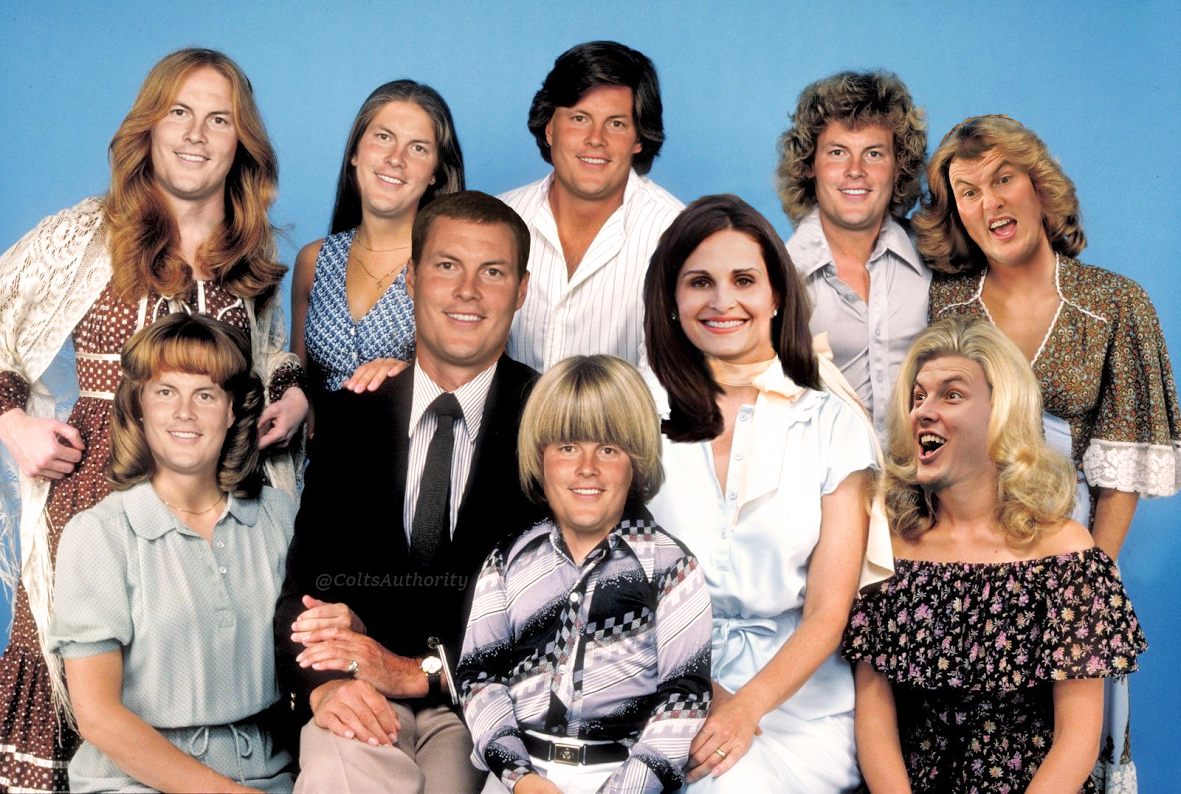 Who:  The Indianapolis Colts vs. the  Los Angeles Chargers.

Where:  ROCKiT Field at Dignity Health Sports Park? WTH is that? I have no idea, but it’s where the Chargers  play. It’s located in Carson, which is south of downtown LA, so even after fleeing San Diego for brighter pastures, the Chargers are still technically homeless. If you care about what else is on, you can check listings here.

When:  4:25 PM Eastern.Sunday, September 8th. TV: CBS. We get the long time duo of Greg Gumbel and the oft concussed Trent Green.

I’m not feeling very funny at all right now, folks, but I’ll try.

Alright…so, has there ever not been a crazy game between these teams? The playoff games (ugh). The Manning TD pass record game. The Manning 6 interception game where, even after all of that, the team still had a chance to win, only to see Vinny slip in the mud and miss at the end. The game where Manning hit Harrison on 4th and 1 to seal it, when everybody and their brother thought for sure it was going to be a run. The one a couple of years ago where the Chargers got that gift play at the end. You may recall that one ending with Bob Lamey dropping an f-bomb on live radio.

Don’t be surprised if something weird happens. Like this…

There’s 1:32 to go and the Colts are clinging to a 21-17 lead. Philip Rivers takes over on his own 25. He is joined in the huddle by a familiar face, 10 year old son Gunner. Gunner is replacing Keenan Allen, who lacerated his other kidney on the previous possession. Rivers stoically begins to march his unit down the field, with Gunner coming up big on a 3rd and 7.

With 47 seconds left and the ball on the Colt 25, LA lines up with four WR, and Gunner Rivers at RB lined up behind his old man. The call is a reverse, and it fools the Colts. Gunner takes the ball from Mike Williams, jukes Darius Leonard, and races towards the end zone. He’s inside the 10…inside the 5..and…

A disheveled looking man with a thick beard, wearing cargo shorts and crocs, appears to have knocked the ball out of Gunner’s hands with what replay shows to be an ankle brace. The disheveled looking man shouts “I’ve given my heart to this team!” before eluding security and racing off into the tunnel, never to be seen again. I’ve never seen anything like this before.

The ball bounces backwards, where it is recovered by Malik Hooker at the Colts’ 5. A befuddled looking referee Shawn Smith has no choice but to uphold the ruling of a fumble recovered by the Colts.

Gotta have some Luck, er, luck when it comes to the Chargers.

Ok, we have the Brisket, which is kind of the same thing, and he has the meats. Alright, that sounds a little weird, but I’ve never claimed to be normal, plus there’s a difference between good Brisket and bad brisket.

This is bad brisket:

Please don’t do this, folks.

Midway through the 3rd, the Colts trail 17-7. On 2nd and 5 from their own 31, Brisket audibles to a different play. It looks like a run. It isn’t. Instead, Brisket pulls off a perfect play action to Marlon Mack and hits Parris Campbell in stride for a 69 yard TD. The play kick starts the Colts offense, and they storm back to win 27-20.

Eagles what??? That’s right. The author is fed up and looking elsewhere. Say hi to Dana, a rookie on this season’s squad. She has a degree in Accounting, enjoys hiking, and over the summer visited 8 (!) countries. 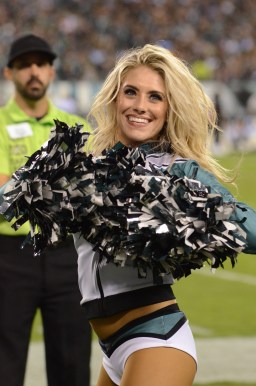 This is Dana and her best cheer friend, whose name escapes me at the moment. Kate, I believe it is.

Lastly, here’s Dana on one of her multiple vacations this summer. If you can’t figure it out, she’s trying to keep the Leaning Tower of Pisa from well, leaning.

How the Chargers will win:

Well, they won’t, but I need you to see this pic again, because I’m certain you all ignored it when you clicked to read this article. Jerks.

What we’ve got here is the Rivers family circa 2017. It’s Phil and wife Tiffany with their then 8 kids (they had a 9th at some point last year) photoshopped onto a picture of the cast from the old popular TV show “Eight Is Enough.” Yes, that is Philip Rivers face hilariously photoshopped onto each of the kids. The back row, first from left, looks like a member of Iron Maiden. The back row, second from right looks like Pat McAfee.

Tell me it doesn’t.

Photoshop credit to my man Marcus.