Your Morning Dump... Where the Jaylen Brown/Giannis rivalry spices up the FIBA World Cup 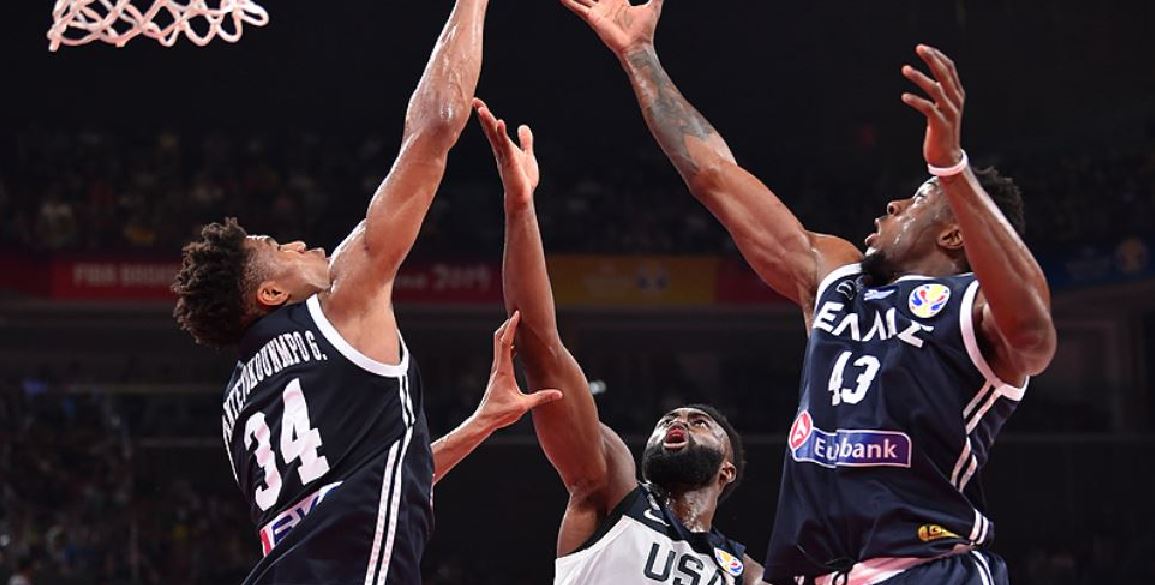 Your Morning Dump... Where the Jaylen Brown/Giannis rivalry spices up the FIBA World Cup

Harrison Barnes with the monster dunk on Thanasis Antetokoumpo. pic.twitter.com/AbwJQnek17

Barnes wasn’t hurt, but Boston Celtics Jaylen Brown and Marcus Smart were among those that let the Antetokounmpo brothers know that they didn’t appreciate the dangerous nature of the play.

“We took exception to that hard foul. The game was pretty much over, and he had no way of blocking the shot,” Smart said after the game. “At that moment, you got to prepare for injuries, and we wouldn’t want nobody to be injured. We just let them know. It’s a learning moment for him. Because if the table was turned and somebody did that to them, we’d probably be having a whole different discussion right now, and we just wanted him to learn from that.”

Words were exchanged and while players were separated, there was never any escalation beyond words.

Oooh… I love when tempers flare in international play. Has President Trump deployed tariffs on Greek olives, yet?

Brown reportedly told Giannis to “check his brother.” Giannis didn’t elaborate on his words because, well, he dodged the media postgame.

As the Bucks/Celtics rivalry has intensified the past two years, so has Jaylen’s outright contempt for league’s darling. Just look at this collection of dunks:

Jaylen Brown's really got his own dunk reel against Giannis this year pic.twitter.com/wL7lAA14Af

I’m ready for more Jaylen fury this season, and so is the Celtics newest instigator: