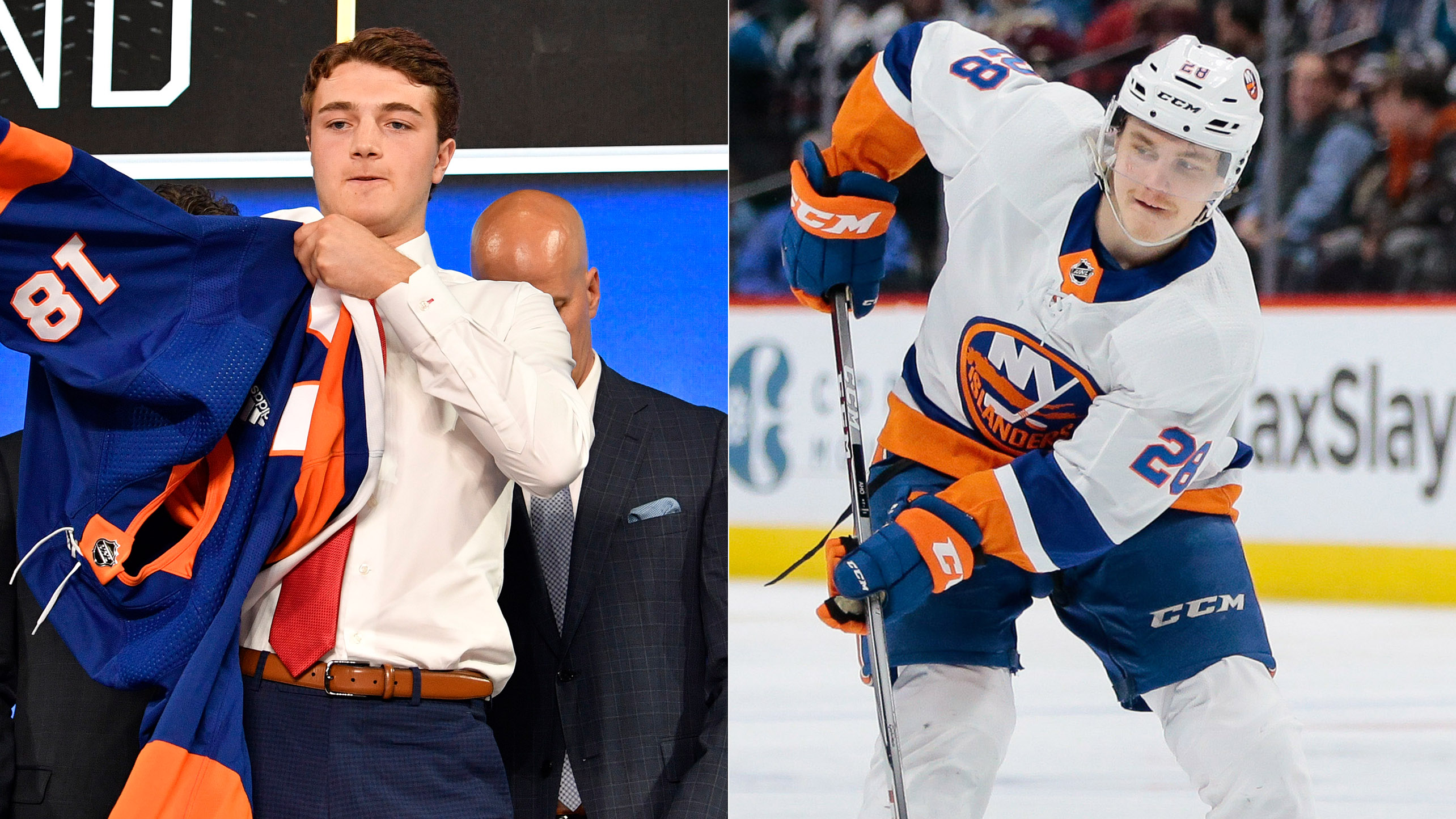 The two youngsters will face a crowded group of defensemen vying for spots on the opening night roster. Aho is hoping to make the jump to the NHL after a successful year in Bridgeport and for Dobson, he has to make the roster or go back to juniors.

“That’s definitely been the goal of mine all summer. Everything I’ve done to work towards that trying to make the jump,” Dobson said. “I feel like I had a really good summer. I put on some weight and I got stronger. I feel really confident.

“Obviously now it’s going and having a good camp, and making it a tough decision on them.”

Dobson, the Islanders first-round pick in 2018, had 52 points (15 goals, 37 assists) in 56 games last season in the QMJHL with Acadie-Bathurst and Rouyn-Noranda. And there is a feeling that Dobson could be ready to play in the pros, but with the logjam on defense, it would take a very strong effort in training camp for that to happen.

Just ask Aho, who is still waiting for his chance to stick with the Islanders.

Aho, who the Islanders selected in the fifth round in 2017, appeared in 22 NHL games during the 2017-18 season and had four points (one goal, three assists). He followed it up with a strong campaign with the Bridgeport Sound Tigers last year leading all defensemen in points with 46 points (nine goals, 37 assists).

While Aho never got a call up last season, the success he had in the minors was certainly a reassurance that he was on the right path.

“That’s what I choose to believe,” he said. “I feel like I had a good year and I did a lot of good things. I’m just trying to do my best and stay ready if I get the call. Just make sure if I get to play up here again…I’m going to do my best to stay here.”

Dobson’s mindset is a similar one. He arrived on Long Island ahead of rookie camp to take part in some informal skates with the veteran Islanders.

The 19-year-old said the opportunity to get in some early work with the veterans helps to make things more comfortable on the ice when training camp opens. It’s also led to several of the mainstay Islanders reaching out and spending some time with Dobson and others off the ice.

“They’re all really good guys just to hang out away from the rink too,” Dobson said.

It will be up to Aho and Dobson to take whatever they can from rookie camp and, in Dobson’s case, the informal skates he took part in. Having been in the NHL, even just briefly, Aho knows that it’s hard work to get there and equally as challenging to stay there.

“You have to be prepared,” Aho said. “You’re going to play against some of the best guys in the world. If you’re not prepared, you’re going to get smoked.”