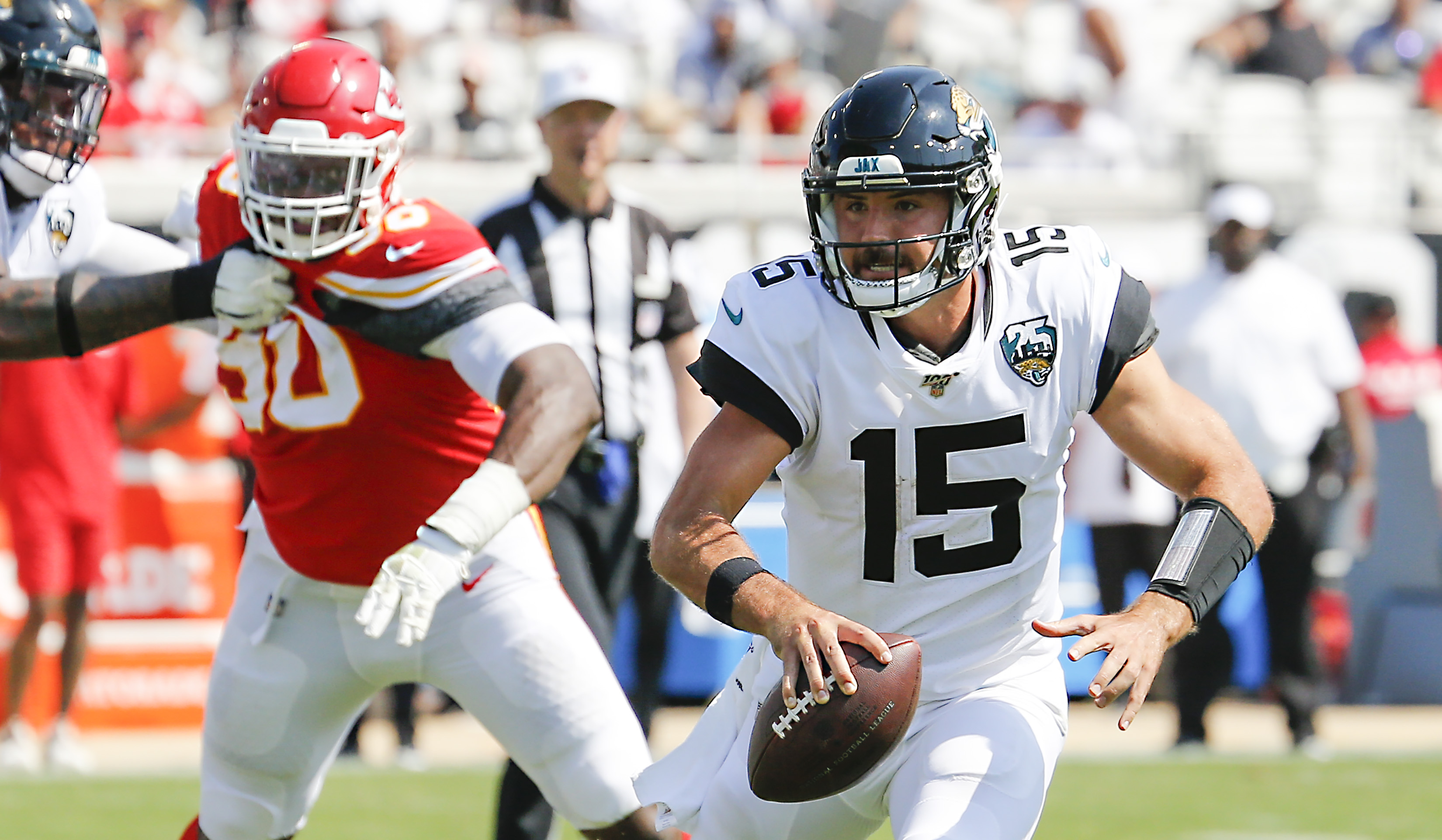 The Jaguars have been put in a difficult spot to start the season with Nick Foles out indefinitely after suffering a shoulder injury in Sunday’s 40-26 loss to the Kansas City Chiefs, but it appears, at least for now, that they’ll roll with rookie Gardner Minshew as their starting quarterback.

According to ESPN’s Chris Mortensen, the Jaguars “feel comfortable” with Minshew as the starter, but Mortensen didn’t rule out the possibility of Jacksonville bringing in some experience at the position.

While Jaguars expect Nick Foles to be out a stretch, they feel comfortable for now with rookie Gardner Minshew as starting QB and believed he proved why after Foles was hurt. That doesn’t rule out getting some experience to secure the position but Minshew is the starter.

Minshew, the mustachioed, jorts-wearing, sixth-round pick out of Washington State handled himself pretty well for a rookie getting thrown into the fire early in his career. He wasn’t able to get the Jaguars back in the game on Sunday, but there were some definite positives to pull from his performance against the Chiefs on Sunday.

Obviously, the Jaguars will be somewhat limited on offense without the veteran leadership of Foles, but Minshew could impress with the playing time he’s about to get. He threw the ball a lot at Washington State, and people forget he finished fifth in the Heisman Trophy voting last season.