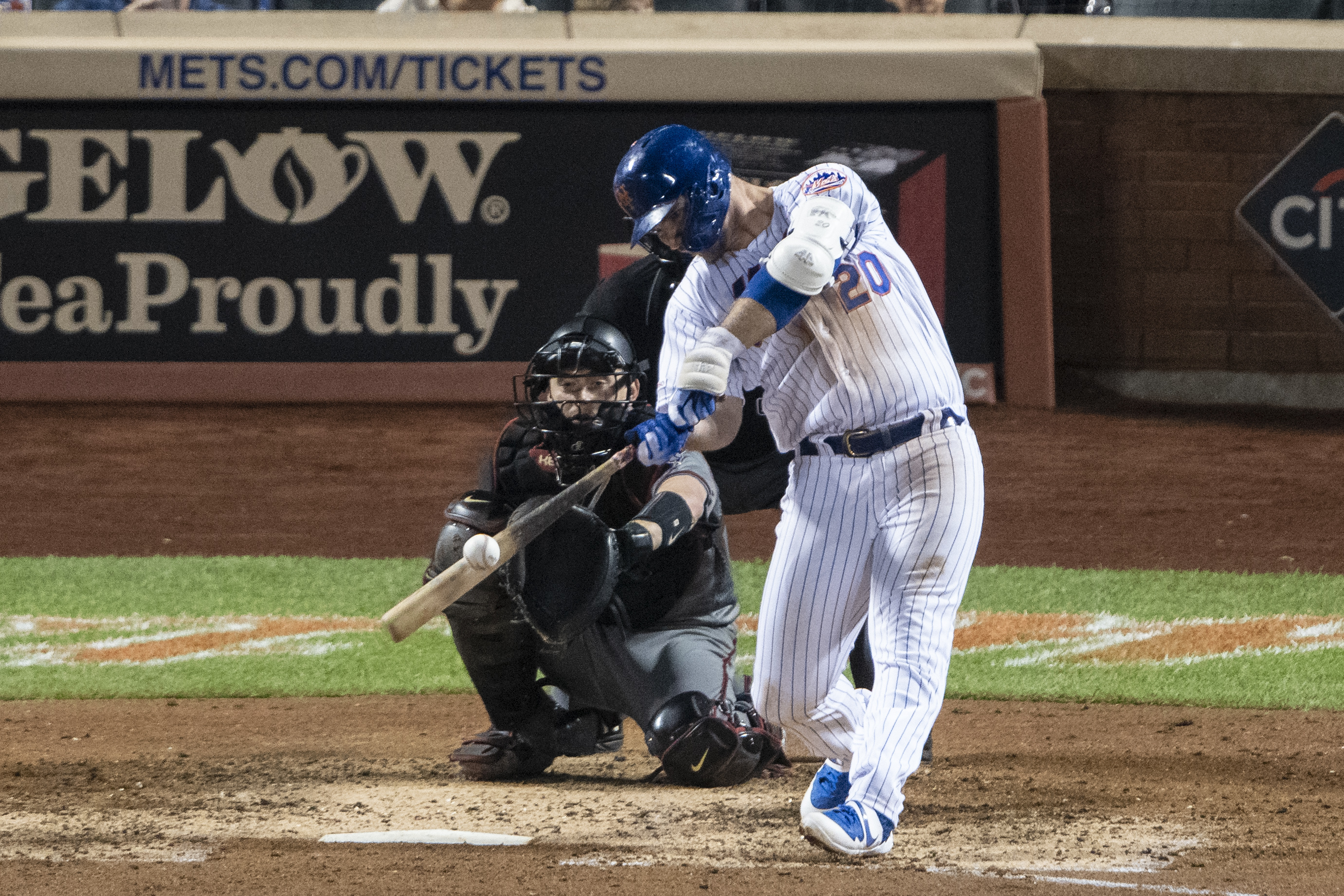 Arizona’s streak, much like the Mets’ streak in late July and Early August, is unsustainable. The only question is when the streak will hit its inevitable wall. Of course the Mets hope that it’s these four games and they got off to a good start on Monday with a 3-1 win.

Pete Alonso hit two solo home runs to bring his season total to 47, putting him six away from the rookie record. Amed Rosario chipped in an RBI single which scored Wilson Ramos from second base as he got a head start on a 3-2 pitch. With the way things are going, I wouldn’t be surprised if Amed Rosario marched into Mickey Callaway’s office and demand that Tomas Nido be on second base for all of his at-bats.

Jacob deGrom pitched seven stellar innings, giving up three hits and one home run (against a team that has been hitting well for two weeks) while striking out eleven batters because that’s what aces do. Haters will say … well, haters will say nothing because it doesn’t fit their narrative. But deGrom bounced back nicely from his last two starts: One against Washington when Mickey Callaway left him in too long, and one against the Cubs where Victor Caratini injected himself into Mets lore. The Mets really needed this one and deGrom gave it to ’em.

Oh, that one run deGrom gave up? Wouldn’t you know that it would be a home run by Wilmer Flores. He got a really nice ovation for his first at-bat after he spent the early part of the game shaking hands and signing autographs as if he was running for mayor of New York (if this baseball thing doesn’t work out for him, he’d probably win that election.) Flores got polite applause after his home run since people started to realize that “oh hey that’s great Wilmer … oh no, we might lose.” But luckily, it would be all the Diamondbacks would get, making it a perfect scenario. The Mets win, and Wilmer Flores has a nice moment. If you think about it, it’s practically a 4-0 victory.

(Right now there’s a 16-year-old out there that just read that and his saying “That doesn’t make any sense! This article is stupid!”)

Seth Lugo pitched the final two innings for the save, probably making him unavailable for tomorrow, which means the Mets will have to fly without a net for at least two games this series. Lugo has been great but now the Mets have to hope that they score 11 runs tomorrow, because clearly ten isn’t enough. With Lugo unavailable and the rest of the bullpen on call for Tuesday, it’s time to buckle up .. especially as the Cubs win over San Diego keeps the Mets four back of the playoffs. Still plenty of time for Wilmer to break our hearts.