Interior design on display in Philly vs. Atlanta 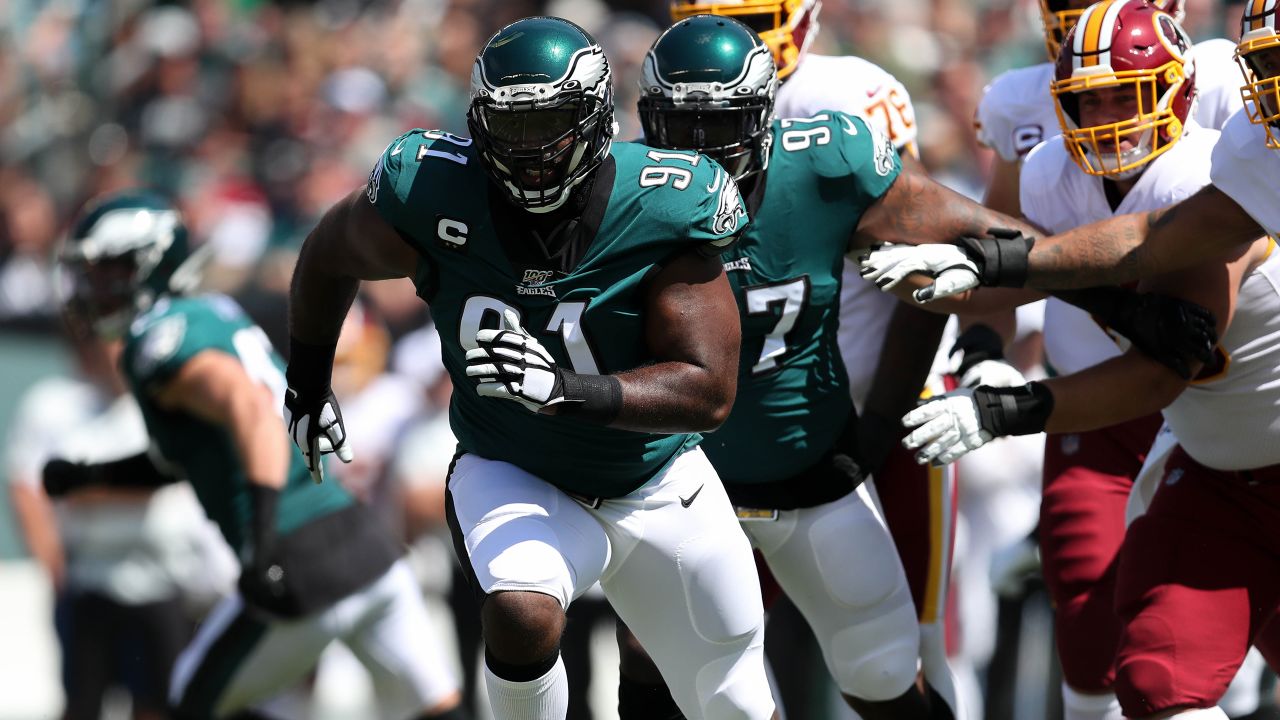 Interior design on display in Philly vs. Atlanta

Both the Eagles and the Falcons have interior design—or, defensive line—issues right now.

The Eagles have lost DT Malik Jackson for the season (Lis Franc). That will require some design alterations not only to Philly’s rotation on the line, but also some last-minute preparations for whomever they decide to bring up in Malik’s place.

Meanwhile the Falcons had major contain issues in giving up 172 yards on the ground to the Vikings in their season-opening loss. Most of that yardage was sacrificed on outside runs.

But their big inside guys were not the problem. The Atlanta interior line was smothering the inside-the-tackles stuff. No doubt Doug Pederson is watching that tape as we speak.

In fact, EYE think Doug will be very selective in calling inside run plays against Atlanta.

According to Will McFadden at AtlantaFalcons.com, it will be tough for the Eagles to establish anything between the tackles.

“Let’s start with Grady Jarrett, who looked like the best player on the field for the Falcons on Sunday. Jarrett has always been effective as both a pass rusher and a run defender, but he seemed to be operating at an even higher level than usual against the Vikings.”

“We’ve known about Grady, but to see him take another step this off-season and where he’s starting this season, I think that goes a lot to the work that he put in even when he wasn’t here; the unseen grind,” Falcons coach Dan Quinn said.

Jarrett finished with five tackles against the Vikings – tied with Deion Jones and Foye Oluokun for third-most on the team – and he also had the Falcons’ only sack and forced fumble.

Early in the second quarter, Jarrett derailed a Minnesota drive by blowing past left guard Pat Elflein in the blink of an eye to drop Vikings running back Alexander Mattison for a 4-yard loss.

Jarrett very nearly swung the entire feel of the game on the second play of the second half when he flew into the backfield to strip the ball from quarterback Kirk Cousins. Had the Falcons recovered the ball, the offense would have been set up right around the 20-yard line with a good opportunity to score their first points of the game.

The Falcons appeared to be operating out of more of a 3-4 look up front as both Vic Beasley and Takk McKinley were standing edge defenders throughout the game. This meant that Davison was often used as a true nose tackle while Jarrett and Bailey worked against Minnesota’s guards.

It’s just another factor in how Doug Pederson decides to script his opening plays, that’s for sure. You wanna challenge that interior early to give your guys confidence in setting the tone? Or do you pick your spots later in the game when possibly the Falcons defenders are wearing down a little? Either way, you have to keep these mugs out of the backfield. They are gung ho for a piece of Wentz.

Meanwhile the Eagles are left to fill in at defensive tackle with Tim Jernigan and Hassan Ridgeway, and pray Fletcher Cox does not go down. The Eagles agreed to terms with veteran defensive tackle Akeem Spence to take Malik Jackson’s spot on the roster. (In a separate roster move, tight end Alex Ellis was waived.) The 27-year-old Spence originally entered the NFL as a fourth-round pick (100th overall) by Tampa Bay in the 2013 NFL Draft.

Spence is a placeholder until the Eagles find something better.

All of this is key to slowing down the Atlanta offense, because if you stump the Falcons’ running game, then Matty Ice can’t play-action you to death with Julio Jones, Calvin Ridley and Austin Hooper. In that 28-12 loss to the Vikings, Devonta Freeman gained just 19 yards on eight rushing attempts. Ryan was sacked four times and intercepted twice. Minnesota dominated.

“I think the challenge is their run game,” safety Malcolm Jenkins said on Tuesday at the NovaCare Complex, “being balanced enough with Freeman out of the backfield and they make you respect the run and all of a sudden those lanes behind the backers (linebackers) start opening up. They’ve got a bunch of different ways to pass the ball. You’ll see them in 13 personnel (one running back, three tight ends) all the way to 10 personnel (one running back, no tight ends) and obviously they move Julio Jones around a lot, get him the ball in a lot of different ways, and that creates a challenge as well.”