Was Ravens' beatdown of Miami a mirage? 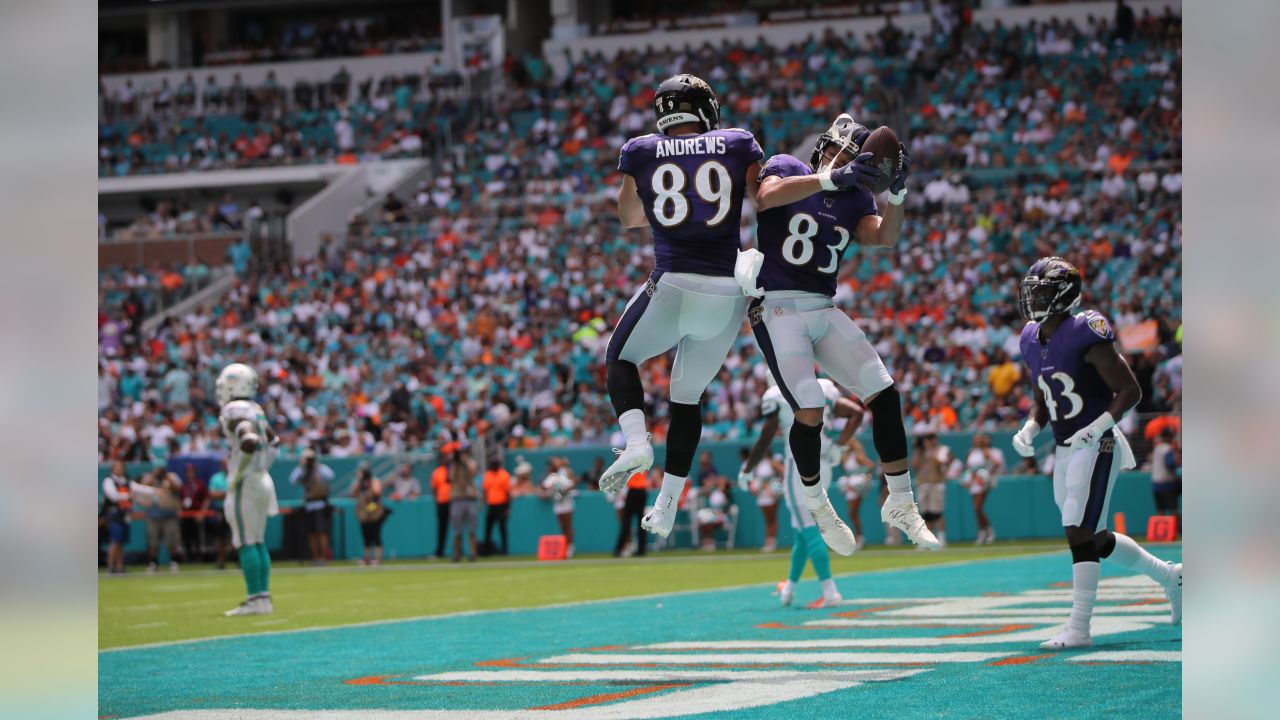 Was Ravens' beatdown of Miami a mirage?

Are the Ravens that good or are the Dolphins that bad? Maybe a mixture of both?

No way the Ravens can sustain that kind of dominance on offense.

The Ravens’ 59 points were the most points an NFL team has scored in a season-opener since the 1973 Atlanta Falcons scored 63.

These are crazy numbers.

“We said it before that this was going to be a different offense. I don’t think people really believed us when we said that,” tight end Mark Andrews said.

We shall see about that moving forward. As Ryan Mink of BaltimoreRavens.com put it, “It remains to be seen how much weight should be put on the strength of the Ravens offense versus the deficiencies of the Dolphins defense.”

Free-agent addition Mark Ingram II got the ball rolling on the very first play from scrimmage from the 11-yard line. It was a downhill power run. New starting left guard Bradley Bozeman – one of the offensive line’s biggest question marks – helped open a hole for Ingram, who shed a tackler and was off to the races for a 49-yard gain.

For a team that will predicate its offense so much on the ground game, behind an offensive coordinator known for scheming up such attacks, it was a “statement” to open the season, HC John Harbaugh said.

“It’s my first time playing with Mark,” fullback Patrick Ricard said. “I anticipated great plays, but when he does that on the first play, I’m like, ‘Let’s go! We got a man who’s going to break tackles and just ride it through the hole.’ That really just got the game going for us.”

Ingram finished the day with 14 carries for 107 yards and two touchdowns, both coming on goal-line runs. Gus Edwards had 17 carries for 56 yards. Justice Hill had seven for 27. Jackson, however, only had three carries for six yards.

The Ravens ran the ball 45 times, which will probably be the most in the NFL in Week 1, though that was also impacted by running out the clock in the latter part of a blowout.

“We just came out here and executed our game plan,” Ingram said. “You see the scoreboard, but you can never let up. Great teams never let up.”

What was more unexpected was the proficiency in the passing game. Lamar Jackson completed 17 of 20 passes for 324 yards and five touchdowns. Robert Griffin III relieved him in the fourth quarter and was 6-of-6 for 55 yards and a touchdown.

First-round pick Hollywood Brown provided the electricity with two long touchdowns from 83 and 47 yards out. Andrews, a popular pick for offensive breakout player, saw a team-high eight targets and caught all eight of them for 108 yards and a touchdown.

The Ravens’ offensive line allowed just one sack. Baltimore didn’t have any turnovers and just two penalties committed on offense.

“We just played excellent football,” John Harbaugh said. “It’s a good beginning for us and now our challenge is to get ready for the next one.”

The Ravens’ records were read aloud in the postgame locker room, allowing the circled-up team to revel in them with big whoops and cheers. But just moments after, Harbaugh made sure to turn the team’s focus forward.

Asked if the Ravens sent a message about what the offense could be this season, Jackson – fresh off throwing five touchdown passes – said, “Yeah, I guess.”

Was it Miami or is this for real? The Ravens and the NFL world will have a better clue from the next game against the Arizona Cardinals this Sunday at M&T Bank Stadium.

INJURY UPDATE—CB Jimmy Smith suffered a “sprained knee”— he will not be lost for the season as originally suspected.