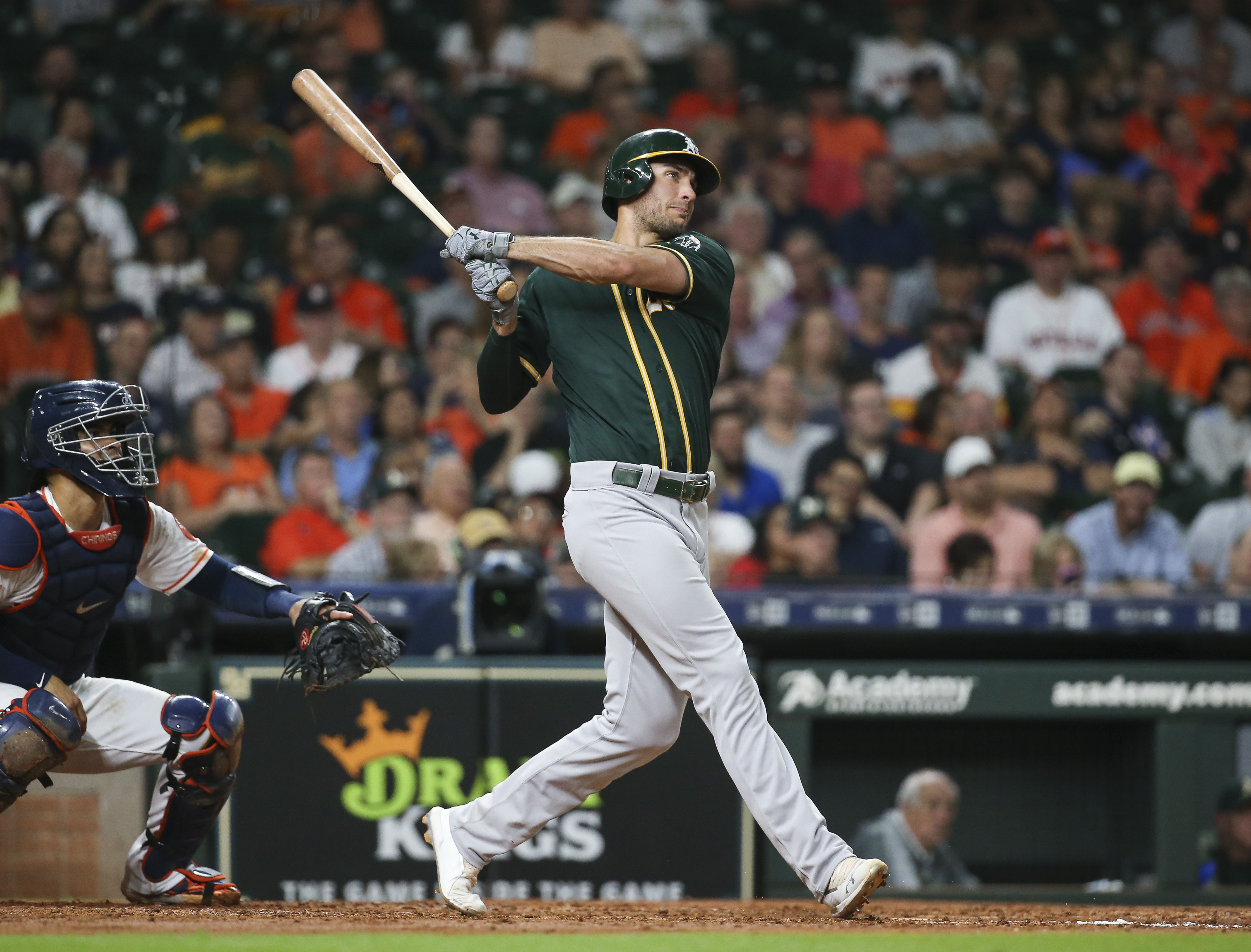 The nature of the Oakland Athletics win over the Houston Astros on Tuesday could be considered as extremely unpredictable. Just one night after the Athletics got hammered 15-0 by the Astros on Monday night, Oakland stormed back to beat the Astros by 14 runs, in a 21-7 victory.

Oakland just becomes the second team in Major League Baseball modern history to win by 14 runs after losing to the same opponent a day before by 15 runs according to Martin Gallegos of mlb.com. Even though Astros starting pitcher Wade Miley has been struggling a little bit as of late, there were simply no signs that the Astros would lose by 14 runs on Tuesday, especially when they had outscored their opponents by 35 runs (36-1) over Sunday and Monday.

However the Athletics offense came through in a big way on Tuesday at Minute Maid Park. They scored seven runs in the first inning, two runs each in the second and third innings, six runs in the fourth inning, two more in the fifth inning and one run each in the sixth and ninth inning. Miley was so bad, he only pitched a third of an inning and gave up seven earned runs.

From an offensive perspective, the Athletics had nine extra base hits. Matt Olson and Sean Murphy each hit two home runs, Marcus Semien and Khris Davis also hit the baseball out of the park, while Jurickson Profar, Semien and Robbie Grossman each hit a double. According to STATS LLC,it was the first time ever that the Athletics scored 20 runs, had 20 hits (25) and had six home runs in one game.