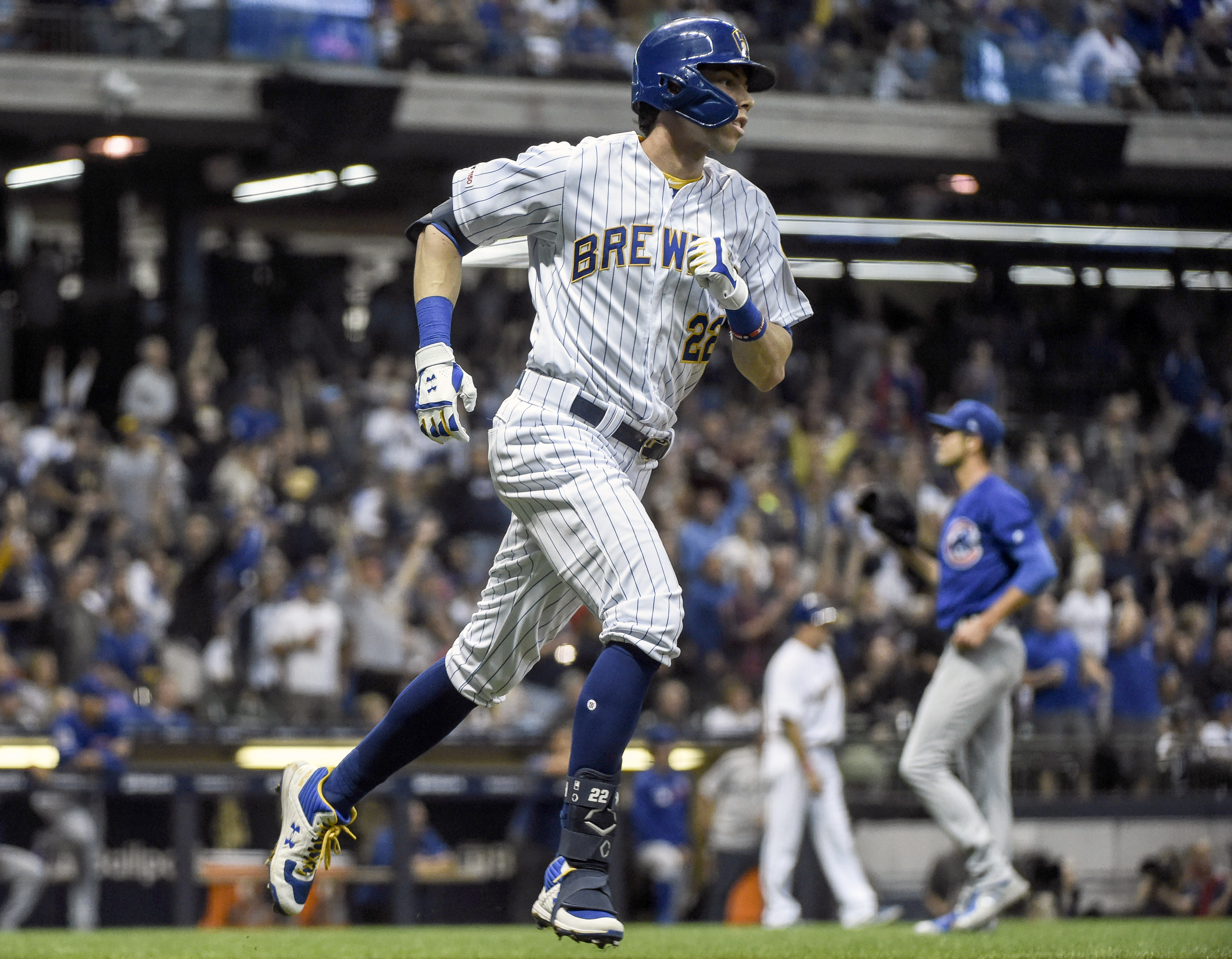 In the midst of fighting for their playoff lives, the Milwaukee Brewers were dealt what could very well be a devastating blow on Tuesday night. Reigning National League MVP (and one of the 2019 front-runners) Christian Yelich was lost for the year after fouling a ball off the worst possible part of his leg.

Christian Yelich’s MVP-caliber season unfortunately comes to an end after fouling a pitch off his knee cap. #MLB pic.twitter.com/l1Z4k4Dfr6

This is certainly a psychological blow to the Brewers as a club, but they’re still very much in the race for October. They’re 76-68 entering Wednesday, putting them just one game behind the Chicago Cubs for the final NL wild-card spot.

But let’s go back to Yelich. Seeing any player go down with an injury is tough, regardless of whether it’s a small or serious ailment. It’s also unfair because we’re robbed of watching him chase down some individual history over the season’s final weeks. Even though he’ll be unable to step into the batter’s box again until the 2020 season, he’s left his mark on 2019 and the MVP race.

Unfortunately, Christian Yelich is done for the season. But what a season it was. pic.twitter.com/yEUHX3OGLF

That stat in itself is just bonkers. Now that his season has unfortunately come to an end, I spent some time looking through his year-end stats. As someone who really enjoys digging into year-by-year comparisons and how players regress (whether it’s positive or negative), what Yelich has done over the past three years specifically has been just outrageous.

Here’s a look at how his numbers have changed since 2017 (his final year with the Miami Marlins and his first two years with Milwaukee):

You think the Brewers are happy they paid the Marlins’ price in prospects to bring Yelich into their organization? Yea, probably. Even though 2019 includes the lowest number of plate appearances in this three-year sample, his production has been the best virtually across the board.

This progression has also been punctuated by certain parts of Yelich’s 2019 batted-ball profile.

One of the biggest concerns with him keeping up last year’s power pace was the high ground-ball rate and low fly-ball rate he produced. Well, that changed this past year, as his ground-ball rate went down for the fourth-straight year to 43.2%, while his fly-ball rate shot up to a career-high 35.9%. He also paired this with a ridiculous 50.5% hard-hit rate, which is currently within the top five in baseball when looking at qualified hitters.

The slugging outfielder has been incredibly valuable to the Brewers since getting acquired, but just how much? His 15.3 fWAR over the past two years is nearly half of his career total (33.5), which spans a total of seven seasons. According to FanGraphs’ Dollars metric, his performance has been worth more than $120 million, while his total salary earned over that time has been just $16.75 million. Talk about bang for your buck.

Milwaukee getting over the hump and back into the playoffs isn’t impossible, but it sure will be a lot harder without Yelich anchoring the lineup every night.