Dance With The Devil 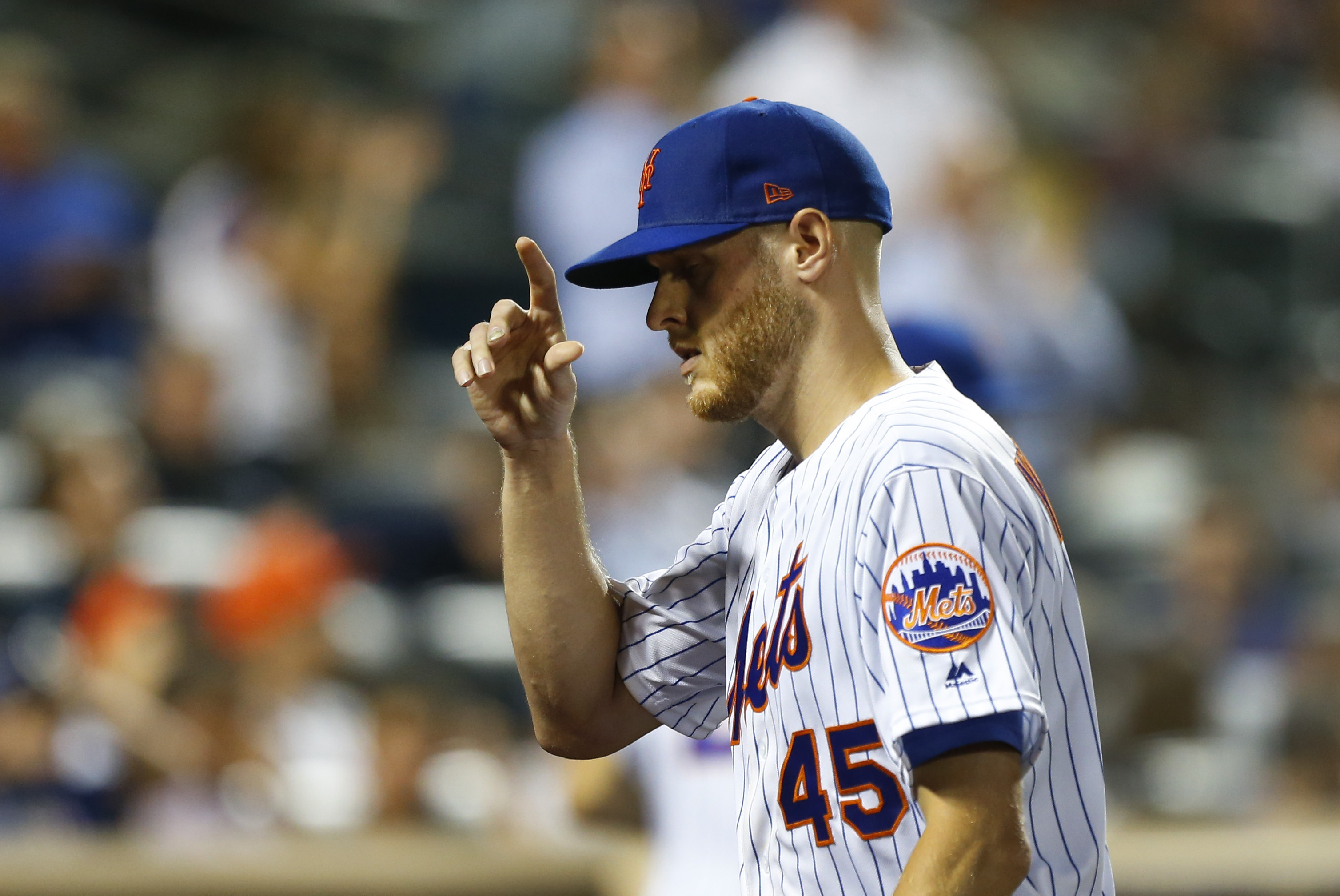 Dance With The Devil

The Mets like to do things the hard way. Why would you think Tuesday would be any different.

First it was Mickey Callaway who asked Belphegor for a waltz when he was trying to explain why J.D. Davis, a .300 hitter, was sitting so much down the stretch, was taking so many days off.

Mickey Callaway said J.D. Davis needs days off and the Mets will have a “competitive advantage” by having Davis off the bench to play part of the game (instead of the full game).

Yeah, just should have stopped at “needs days off”. Instead we get this “competitive advantage” nonsense which is something that Handsome Art Howe probably learned by playing risk. It was a dumb thing to say no matter what, as keeping a player having that kind of year on the bench defies logic. But this team defies logic. So cancel that out and you have Todd Frazier, the beneficiary of Davis’ frequent respites, driving in all three runs for the Mets on Tuesday.

Then you have Zack Wheeler who, let’s face it, had one of those vintage deGrom nights where he didn’t have his best stuff but battled through and got the key outs when he needed to. He danced with demons all night, gaving up seven hits and two walks in seven innings but spreading it all out. Two singles in the first as he gave up the only run of the night on his ledger. Then a double in the third, three singles in the fourth which sandwiched a double play, a walk and a double play by Flores in the fifth, a walk in the sixth, and a single in the seventh which was arguably the best inning he had stuff wise, finishing strong.

Then, the bullpen, who without Seth Lugo dance with Beezlebub himself. Brad Brach and Justin Wilson were the coryphees of choice in the 8th and 9th, and they were the correct choices. Brach gave up a home run to Eduardo Escobar, nudging Handsome Art to try Justin Wilson for a four out save. That dance almost took a misstep after Wilson endured a 15 pitch end of the 8th over two batters, which led to Edwhitson Diaz lightly tossing in the bullpen in the ninth giving everybody in the park heart attacks.

But it was indeed Wilson for the ninth as things got wacky with first and third with one out, and Ketel Marte sending a screaming liner to first. Pete Alonso knocked it down while diving to the ground. Tim Locastro froze behind Alonso, not knowing if the ball was caught or not. Alonso then got up, tagged first base, then threw to third to send Nick Ahmed back to the base while Locastro took second.

The only thing Alonso could have done was to try to tag Locastro before going back to touch first and get the double play, but there’s no muscle memory or baseball instinct that would have popped into Alonso to make him think to do that, and there wouldn’t have been any guarantee that it would have worked. considering everything, Alonso did everything he could do on that play and not getting fancy was the right move. But what it did do was bring Wilmer Flores to the plate with two outs and the tying and go-ahead runs in scoring position. The script was awaiting its final lines, and not only was Justin Wilson playing with demons and baseball gods, he had control of the button with whammies all over the board.

Wilson, like Wheeler before him, gutted out the at-bat striking out Flores to end the game and secure a Mets victory. Paired with a late Cubs loss in San Diego, the Mets are now three games away from a playoff spot with three other teams to zoom past. Every bit of candle light left in this team is being burned to the wick. 19 games might not be enough candle.