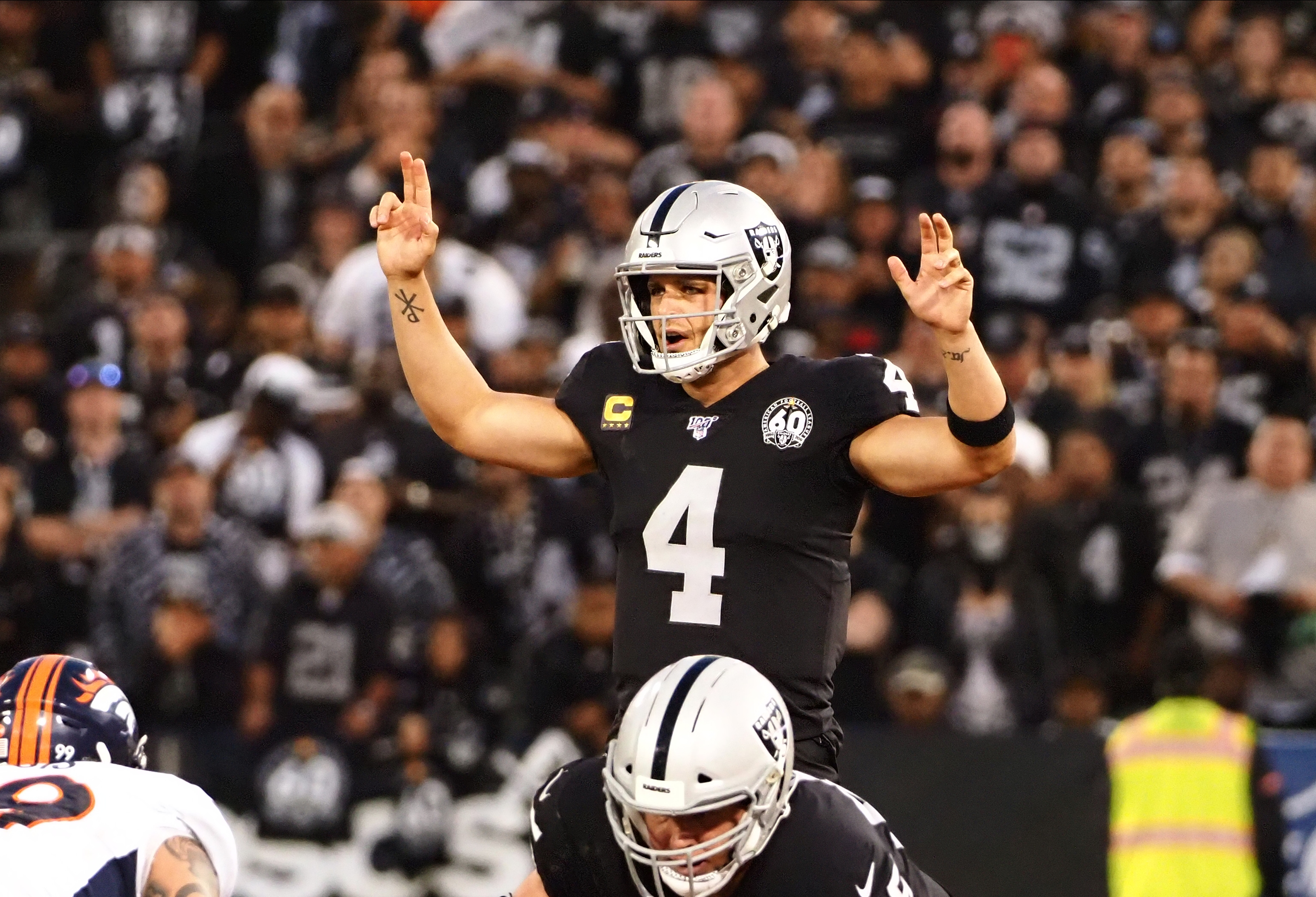 Raiders quarterback Derek Carr never even got to throw a meaningful pass to Antonio Brown, but that doesn’t mean he wishes ill will on the troubled receiver.

In fact, he appears to feel the opposite, as Carr was given a platform to share his thoughts on AB, and that’s exactly what he did.

It’s likely that head coach Jon Gruden and Carr are just looking to say their piece so they can move on, and that’s what the team’s quarterback did, in speaking to reporters on Wednesday — at length.

“We’ve spent time with each other, family, all of that, I can go on and on, right? He’s not here,” Carr said, via Kevin Patra of NFL.com. “He plays for somebody else. I wish him the best. I hope he goes off and has, gets everything he wants. I sent him a text and it says, ‘I wish you the best, I hope you get what you want.’ And there’s no hurt feelings, there’s no anger in me. There wasn’t any anger in me when I found out to be honest with you, despite what some people wrote. Some people saw me right after and thought I was mad at that when, however, I can tell you we were talking about something totally different, which, again, if you don’t have all the details and you just go out there and write something about me, I don’t like that.

“He’s gone. I wish him the best. I hope that we can talk about Darren Waller and what he’s overcome. Hopefully we can talk about Tyrell Williams being the No. 1 receiver. Hopefully we can talk about no sacks against that defense. Hopefully we can talk about our rookies and the way that they played on defense. Vontaze Burfict looking like an All-Pro middle linebacker, which we tried to tell everybody these things all offseason. We weren’t just blowing smoke. Sorry to take your question and run with it, but we had a good football team even when (Brown) wasn’t there. We knew if we added him, my goodness, that could be crazy, because he’s so good as a football player. But he’s not here. And when it happened, it was like, OK. Honestly, it wasn’t the same feeling when Khalil (Mack) got traded. I’ll just put it at that. It was not the same feeling. It was like, OK, at least the questions are done, right? At least we have answers. And it stung as a friend having to see him go somewhere else. But again, I wish Antonio the best. And even if, whatever feelings… I don’t even think he has hard feelings towards anybody. He just wanted a different place, right?

That was a lot more than we expected to hear from Carr, but it does feel like he’s trying to step up and assume the leadership role, so he and his teammates can move on from AB.