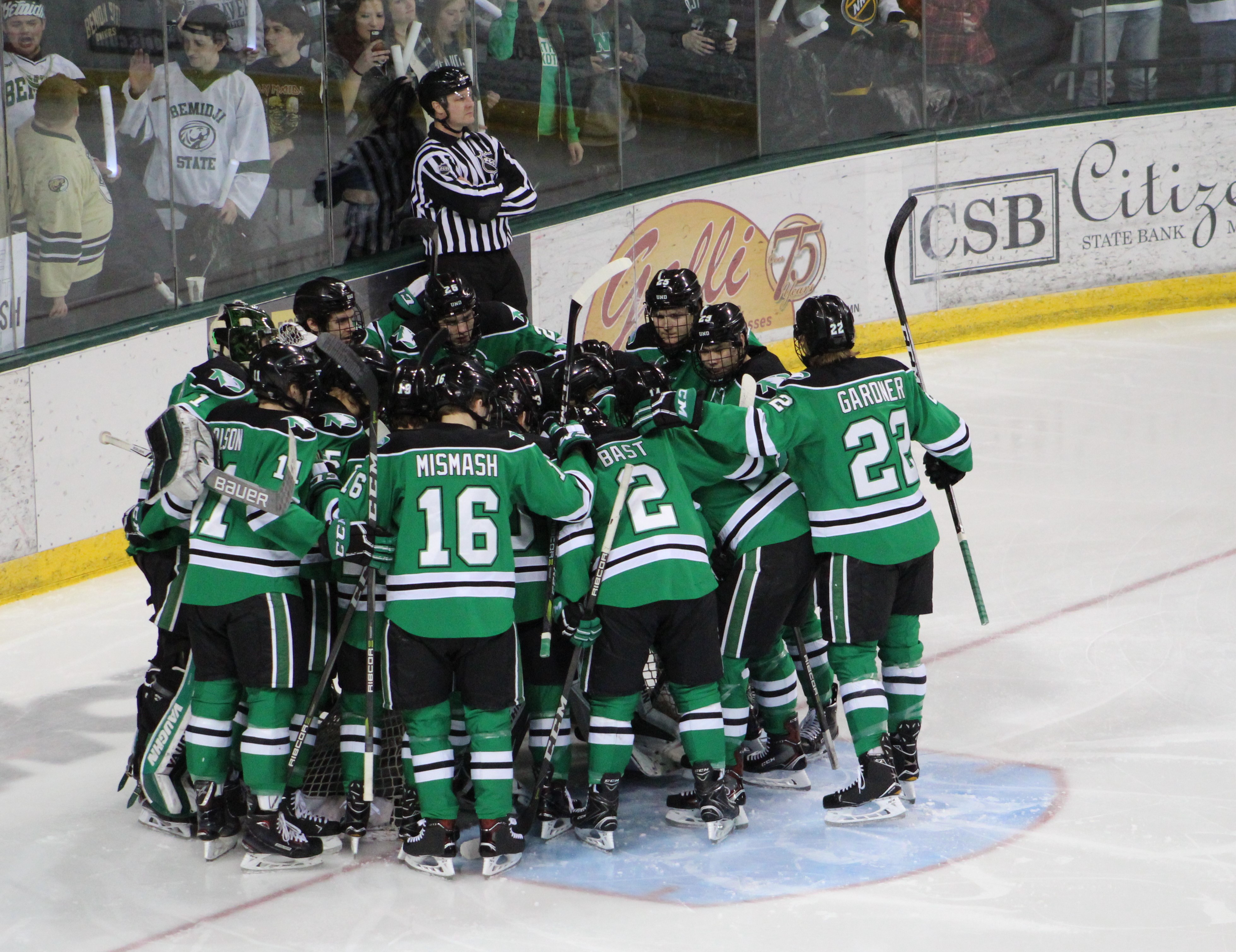 The National Collegiate Hockey Conference is entering its seventh season. Again, this fall, I have decided to put together the NCHC social media guide for NCHC hockey fans. (See 2014 addition).

Editorial note: This social media guide is an evolving, living document, and it can be improved with feedback from the NCHC fans. Feel free to email me with your feedback at ([email protected]). Or DM at @goon48

Team Website: For all of your official University of Denver news, check out Denver’s official website. Matthew McGreevy is the Sports Information Director for the Denver Hockey team.

Newspaper: The Denver Post is the official newspaper of the University of Denver. Mike Chambers is one of the beat writers that covers Denver hockey. He also covers the Colorado Avalanche for the Denver Post.

Radio: Denver Pioneers hockey broadcasts can be found on the networks of ESPN Denver 1600 and 104.3 The Fan. The voice of the Jay Stickney is set to return for his 20th season.

Team History: Miami’s played its first season of collegiate hockey during the 1978-79 season. Miami has never won an NCAA title. The RedHawks came close in 2009, losing to the Boston University Terriers in the championship game of the Frozen Four.

Newspaper: The Journal News is one of the newspapers that cover the Miami University RedHawks.

Radio: Most Miami hockey games are aired on the radio on WKBV (1490 AM & 100.9 FM) out of Richmond, IN. However, some the RedHawks games air on WMOH (1450 AM) out of Hamilton, OH. Miami’s audio broadcast also is available on TuneIn.

The Blog of Brotherhood – RedHawks Hockey

Team History: The UMD Bulldogs have won three NCAA titles (2011, 2018, 2109). The Bulldogs are the defending champs and have won back-to-back NCAA titles.

Newspaper: The Duluth News-Tribune is the official newspaper for the Minnesota Duluth Bulldogs. Matt Wellens is the Bulldogs beat writer.

Radio: Bruce Ciskie is the voice of the Minnesota Duluth Bulldogs. According to a release from the school — Midwest Communications and University of Minnesota Duluth Athletics have signed a three-year extension, keeping rights for UMD football and men’s hockey radio coverage with Midwest Communications through the end of the 2022-23 athletic season. Bulldog hockey game can be found on KDAL AM 610 and FM 103.9

Team Website: For all of your official Omaha’s hockey news, check out the Official Omaha website. Dave Ahlers is the Associate Athletic Director of Communications.

Team History: Omaha hockey has yet to win an NCAA title. The Mavericks played their first season of collegiate hockey in 1997-98. UNO has never advanced to the WCHA Final Five or NCHC Frozen Faceoff.

Newspaper: The Omaha World-Herald is the official newspaper for the Mavericks.

Radio: According to a release from the school – New this season, Donny Baarns will assume the duties of lead play-by-play announcer for Omaha hockey broadcasts, taking over for Dave Ahlers who spent 10 years in the role. Ahlers will be focusing on digital broadcast initiatives in his role as Associate Athletic Director for Communications.

Congratulations to old bulls Jeff Hoggan and Greg Zanon for earning induction into the Omaha Hockey Hall of Fame!

Newspaper: The Grand Forks Herald is the official newspaper of the University of North Dakota Hockey team. Brad Schlossman is the beat writer for the UND hockey team. Schlossman is regarded as one of the best beat writers in college hockey. Multi-sports writer Tom Miller also covers the UND hockey team. Finally, Danielle Podlaski, who joined the Herald sports department in 2018, does a great job with the Herald’s video work.

Radio: Tim Hennessy is the play-by-play voice of the UND hockey team. Hennessy returns for his 41st season behind the microphone.

The Sports Daily – The Sin Bin

Team History:  The played their first season of collegiate hockey during the 1987-88 season. The Huskies have never won an NCAA championship.

Newspaper: The St. Cloud Times is the official newspaper of the Huskies.

Hockey Fans! Get your tickets for @SCSUHUSKIES_MH games on Oct. 6, Oct. 25-26 and Nov. 1-2 for ONLY $10! To get the deal go to https://t.co/5vga9oSlnd, pick the game you want then click on the Group Sales tab and enter Promo Code: FLASH. #FlashSale #PackBrooksCenter pic.twitter.com/UQ0FOzbAvv

Newspaper: The Kalamazoo Gazette is the official newspaper of the Western Michigan Broncos.

Radio: Bronco hockey games can be heard live on the Bronco Radio Network. (Link to Broadcasts)