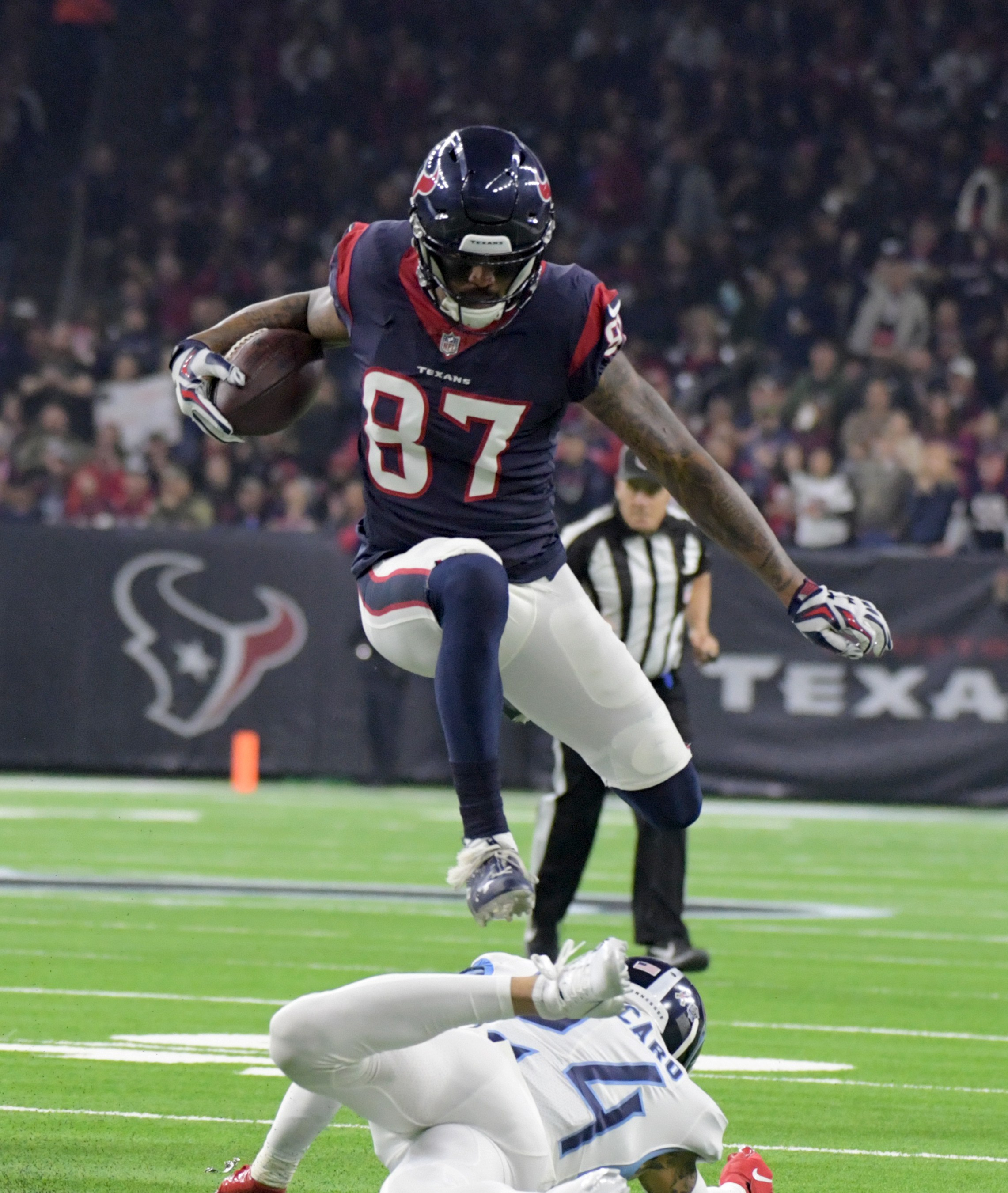 There was a rare trade made by AFC East opponents on Tuesday as the New York Jets acquired wide receiver DeMaryius Thomas of Montrose, GA from the New England Patriots for a sixth round draft pick in the 2021 National Football League Draft. The Jets become Thomas’s fourth team as he has also been with the Denver Broncos and Houston Texans.

Thomas did not play in the Patriots’ regular season opener, a convincing 33-3 Patriots win over the Pittsburgh Steelers. He had spent eight and half seasons with the Broncos and half a season with the Texans, and had 672 catches for 9154 yards and 62 touchdowns, before joining New England in the offseason. Thomas’s best season came in 2014 with Denver when he had career highs in receptions (111) and receiving yards (1619). Last year with the Broncos and Texans, Thomas had 59 catches for 677 yards and five touchdowns.

There are two reasons for the trade at first glance. First, the Jets were extremely disappointed with their overall production at wide receiver (except for the play of Jamison Crowder of Monroe, NC) in their 17-16 loss to the Buffalo Bills on Sunday. Robbie Anderson only caught three passes for 23 yards. Josh Bellamy only had once catch for 15 yards and Quincy Enunwa only had one catch for -4 yards.

It should be noted that Crowder was very effective against the Bills as he had 14 catches for 99 yards. Last season, Crowder only had 29 receptions for 388 yards as he missed seven games with an ankle injury and when he did play, could not find chemistry with Washington Redskins quarterbacks Alex Smith, Colt McCoy, Mark Sanchez and Josh Johnson according to Rotowire.