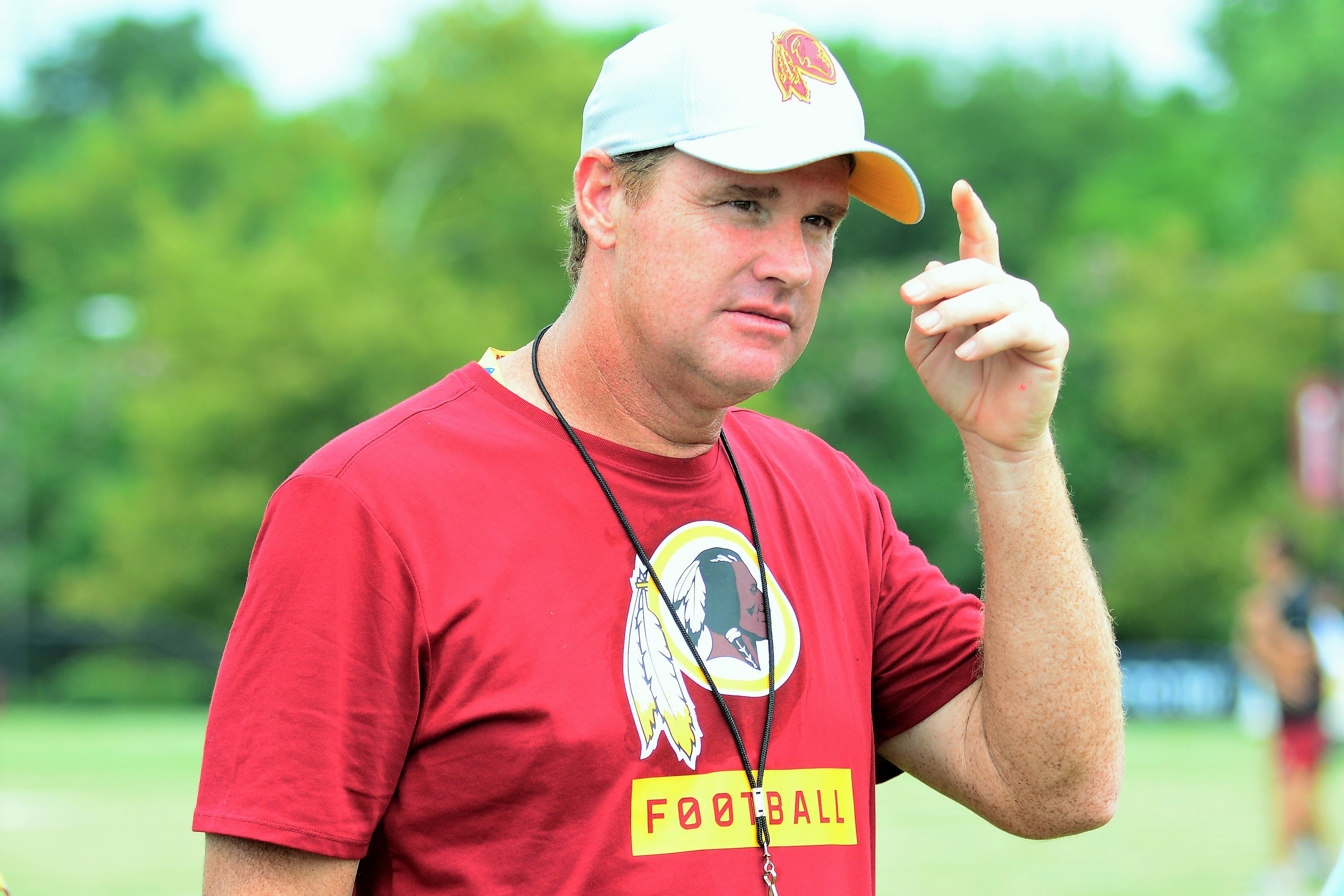 On if Reed is still in the protocol:

“He just has a sprained foot a little bit, but we’ll see how he’s doing tomorrow.”

On if there is a timeline for McCoy’s return:

“I do not, no. This is something that he’s going to continue to get checked out, work and rehab and then when he feels like he’s 100% and can push off that thing we’ll get him back into team reps.”

On his message to the team after giving up a lead in Week 1:

“I think you learn from what happened in that game and learn from your mistakes, see what you did good and then move on. We have a great Dallas team coming in, won the division last year, beat the Giants pretty good last week so we have to move on. We can’t dwell on what happened last week. We have to learn from it, but move on. Our guys are excited to play our first home game, especially against the Cowboys.”

On what the concern level for Reed is given his history with concussions:

“Whenever a player gets cleared from whatever injury it is, there is no concern because he’s cleared and ready to go – that’s the way we look at it. We would never put Jordan [Reed] at risk any time, any place if we thought there was going to be a future problem. Once he gets cleared and he feels good enough to go, he’ll go.”

On how the Cowboys offense looked different with Kellen Moore leading the unit as the playcaller:

“Not too different, they’re very efficient. I think he did a great job of calling plays for his first game, but very similar. Formationally, they like to run the ball, they do they play-action’s off the strong running game that they have, good offensive line, good targets to throw to. [WR] Randall Cobb in the mix and obviously [WR] Amari Cooper and getting [TE Jason] Witten back in the running game helps them out. They’re very talented. [RB Ezekiel Elliott] is running the ball very hard and like I said, the offensive line is very good. He mixes the run and pass up very well – bootlegs and zone reads, keeps you off balance.”

“There is none. He’s just getting checked out.”

On if RB Adrian Peterson will start if Guice is out:

On if he needs to talk to Peterson after being inactive in Week 1:

“No. We’ve talked, he’s in a good place. Nobody is happy if you’re the backup or not dressing, but you are on the team and when your number is called, you roll. Adrian [Peterson] is a pro and I feel very good if his number is called this week he’ll be ready to go and play very hard. He’ll be Adrian Peterson.”

On what adding Reed to the passing game does:

“It does a lot. He’s one of the better receiving tight ends in the league so we’re able to move him around a lot and do some different things with him. It’s just hard right now at this stage when you don’t know if he’s coming in or not because there are plays you design for Jordan [Reed] you wouldn’t design for somebody else. No offense to that somebody else, but he’s different. Hopefully we’ll get a better indication tomorrow so we can kind of solidify our game plan, but we’ll have to wait and see.”

“I think everybody can look at themselves, coaches included, and say there are somethings you can do better. I think he brought good energy to the defense. Overall, defensively wasn’t good enough for anybody, really. Defensive line, not enough push, not good enough against the run. Linebackers, not good enough the run, not good against the pass. [Defensive backs] same thing. Coaching staff, maybe the plan wasn’t good enough. We just all gotta look in the mirror and make sure we all understand we got another game this week and we gotta learn and get better.”

On what they’re waiting to see on with Allen:

“No, we’re waiting to see – he’s got another opinion and we’ll wait and see how long these other opinions think it’ll be, if he can play this week or next week.”

On if that is the same situation for Guice:

On how injuries continue to happen:

“I don’t know. It’s a fluke. Derrius Guice busts his tail to get his knee back [to 100%] and he hurts his other knee. It just happens sometimes. Jonathan [Allen], quarterback sneak, got his leg tangled up. Jonathan’s [injury] is not going to be serious at all. Jonathan should be back maybe this week or next week. They do pile up: Caleb Brantley, Jordan Reed, [Greg] Stroman. We’ve gotta adjust and Montae [Nicholson] now, but hopefully Montae will be O.K.. He’s a tough guy, young. Those guys repair pretty quickly. The ones that are serious are the ones you worry about. Like Stroman, you’re concerned about.”

On the team having a lot of holding penalties the last couple of seasons:

“We have to do a better job with hand placement. We had a point of that in the meeting today. If they’re targeting you, you have a bullseye on your chest then you better be more careful with your hands. That’s the way it is, that’s the way it’s going to be. Hopefully we do a better of disciplining ourselves with our hand usage, getting them outside the framework of the defenders body, latching on where they can’t get off. We just gotta continue to preach it, coach it and make sure they understand the importance of it because they take you out of drives. Two of them took us out. We didn’t have may drives in that game [in Week 1] and two of them were stalled by penalties and that kills you.”

On if they talk to league about the large number of holding calls:

On if he had to relay the message of making Peterson inactive to the team:

“Yeah, for sure. I have relayed it and it is important for sure. The line loves blocking for Adrian Peterson. He’s a big guy. The line likes to block for Derrius Guice, but we only have one ball. That’s in the past. We’ll worry about when they’re both healthy again, if that decision ever has to come again. I thought our special teams unit did a really good covering kicks, if that makes any difference. [RB Wendell] Smallwood did a great job and [LB Tanner] Vallejo did an excellent job too. Those were the two guys it was between so those guys played a major role in special teams.”

On how they will address the depth of the defensive line if Allen and Brantley can’t play in Week 2:

“We added [T.Y.] McGill here so we’ll have five guys up. During the game, when two guys went down early, we were down to three and they had the two really long drives, which really kinda gassed them and we couldn’t get off the field on third down. We’ll have to maybe have a couple of different packages where maybe three defensives ends in the game with one defensive lineman. For the most part, we’ll have five health bodies up come Sunday and they should be good.”

On LB Cole Holcomb making an impact in his first game:

“It says a lot. It’s not easy. We had a couple rookies step up and play pretty well for their first game. [CB Jimmy] Moreland, [LB Montez] Sweat, [Cole] Holcomb, the receivers all did good – [WR] Terry [McLaurin] obviously. I was impressed with the rookies and they’re going to get better and better. But Cole, to step in the game to play linebacker with all the things you have to do in the run game, pass game, the drops, the communication. He’s an impressive guy. He can run, he can hit, he’s smart, he’s going to be a really good one I think when it’s all said and done.”