Bright Lights In Our Big City 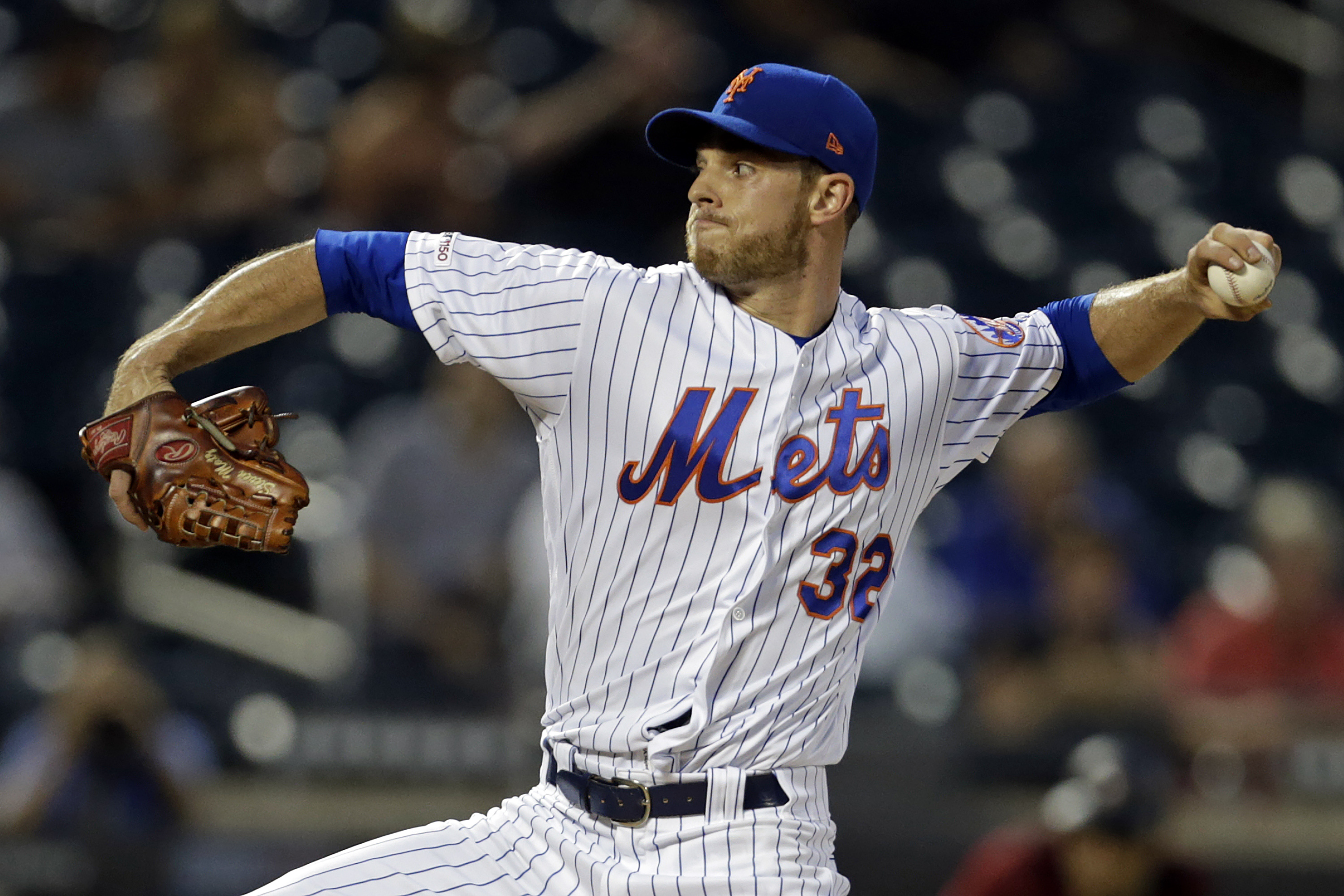 Bright Lights In Our Big City

I gotta hand it to Steven Matz. The Mets came out firing against Robbie Ray in the first inning. Five runs, a base hit that Tim Locastro pulled up on with two outs that extended the inning and set up home runs by Todd Frazier and Brandon Nimmo knocking out Robbie Ray. Matz then turns around and commits the mortal sin of walking the house right after the big rally … giving free passes to Wilmer Flores, Adam Jones, and Nick Ahmed to load the bases with nobody out.

Maybe earlier this year … definitely last year … Matz probably handles this differently. Maybe he tries to throw 300 mph to solve the problem and winds up giving up two, or three, or four runs to turn prosperity into sludge. As it was, Matz was running up his pitch count forcing Handsome Art Howe to commission some bullpen action on a night when the Mets would have had no excuse to bring out the big bullpen arms after taking a 5-0 lead right off the bat. But Matz didn’t panic, stuck to his game plan, and got the Mets out of trouble by striking out Carson Kelly and getting C.J. Cron to hit into an inning ending double play. That was the moment you knew the Mets were actually going to be okay.

Sep 11, 2019; New York City, NY, USA; The mascot of the New York Mets holds up a fans sign foe the September 11th Anniversary prior to a game against the Arizona Diamondbacks at Citi Field. Mandatory Credit: Adam Hunger-USA TODAY Sports

Sure enough they followed with a Jeff McNeil home run in the 2nd and another Frazier home run in the 3rd to put Arizona’s lights out and cruise to victory. McNeil’s second home run put him out of his mini-slump with a three hit night as the Mets finished off with nine runs and eleven hits on a night where the numbers 9 and 11 hold a much more somber meaning that can’t be trivialized by numbers on a scoreboard as the Mets continue to honor first responders on the calendar date which changed our lives forever.

Pete Alonso’s custom cleats that he gifted everybody on the team were a great touch as Major League Baseball continues to deny the Mets’ requests to wear first responder hats during an actual game, which is shameful. Alonso, who was six years old in 2001, continues to show why he is a bright light in this league.

Pete Alonso says that he wanted to do custom hats, but he wasn't allowed to do so, and ultimately decided on custom cleats:

"I want to show support not just to the victims, but to the families as well…I just want to show recognition to all the people that are heroes" pic.twitter.com/Evu2UmcCRD

Of note is that Alonso gifted the cleats to his teammates and was obviously aware of a potential fine. He's also making the major-league minimum, so though he stands to make much more than $555k on the future, it's not an empty financial gesture.

Yeah, I would have loved to see MLB fine Pete Alonso and the Mets for that. I dare them.

Punctuating the evening on the baseball side was the help that Chris Paddack (yes, that Chris Paddack) gave the Mets with six shutout innings in a 4-0 victory over the Cubs to put the Mets just two games back of the second wild card spot. There are five teams battling for one playoff spot, and having the Mets be so close to this is probably baseball’s worst nightmare: