Tyler Boyd: 'Once we get A.J. Green back, there ain't no talking about the Browns no more' 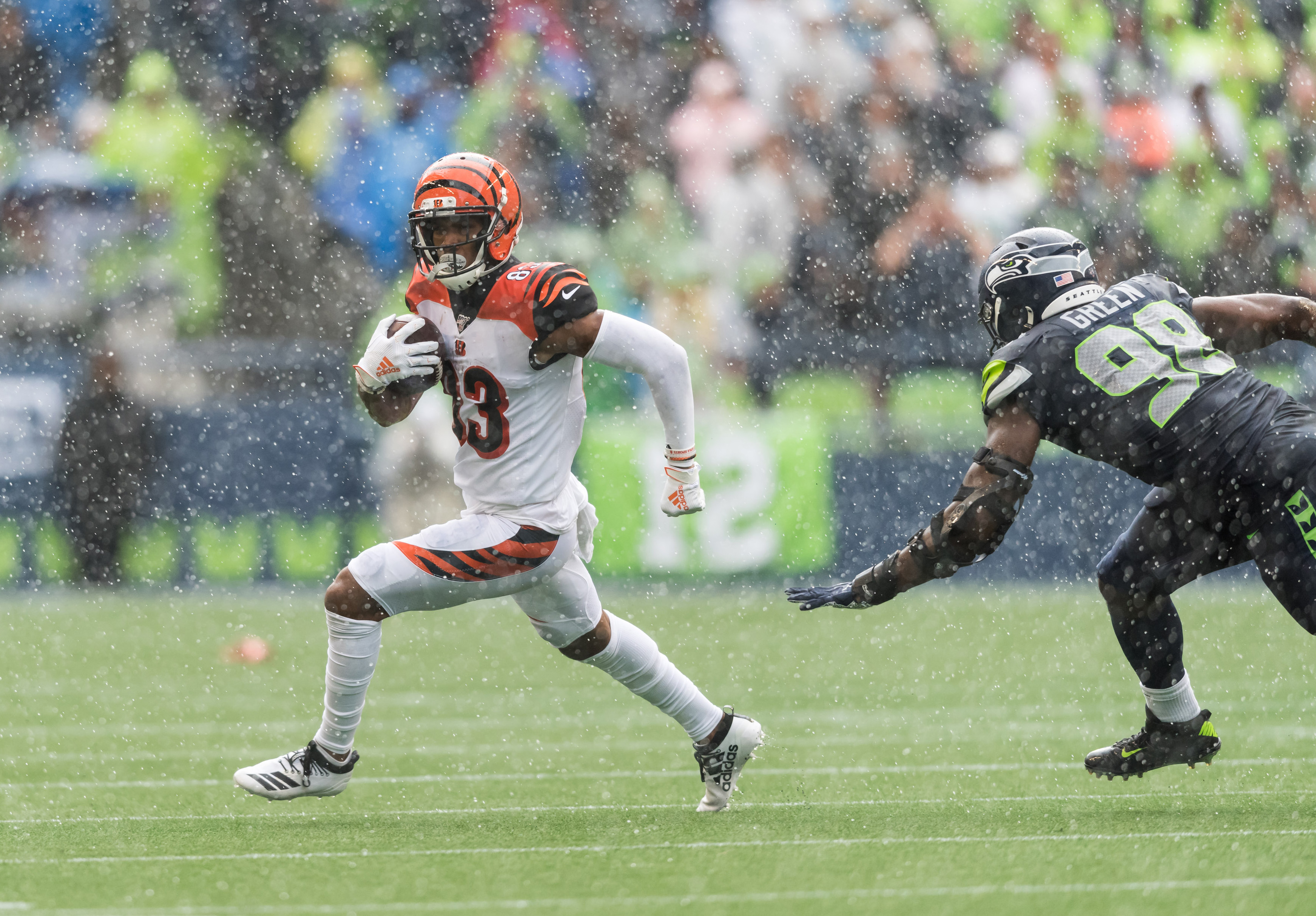 Tyler Boyd: 'Once we get A.J. Green back, there ain't no talking about the Browns no more'

After Week 1 in the NFL, there isn’t a clear favorite in the AFC North.

Cleveland, Pittsburgh and Cincinnati all suffered losses to start the season, and Baltimore’s thrashing of lowly Miami doesn’t build a strong enough case for the Ravens to be the favorites. Many had the Browns picked to be the best team in the division after an eventful offseason, but the hype in Cleveland is starting to die down after an embarrassing loss to Tennessee in the opener. In fact, Bengals wide receiver Tyler Boyd doesn’t think the Browns will be relevant for much longer with news of A.J. Green “way ahead of schedule” from ankle surgery.

#Bengals WR Tyler Boyd: Once we get A.J. (Green) back, there ain’t no talking about the Browns no more.

Green was expected to be sidelined for six to eight weeks after undergoing surgery on July 30, but the All-Pro wide receiver took off his walking boot Tuesday and told reporters that he hasn’t experience any pain yet.