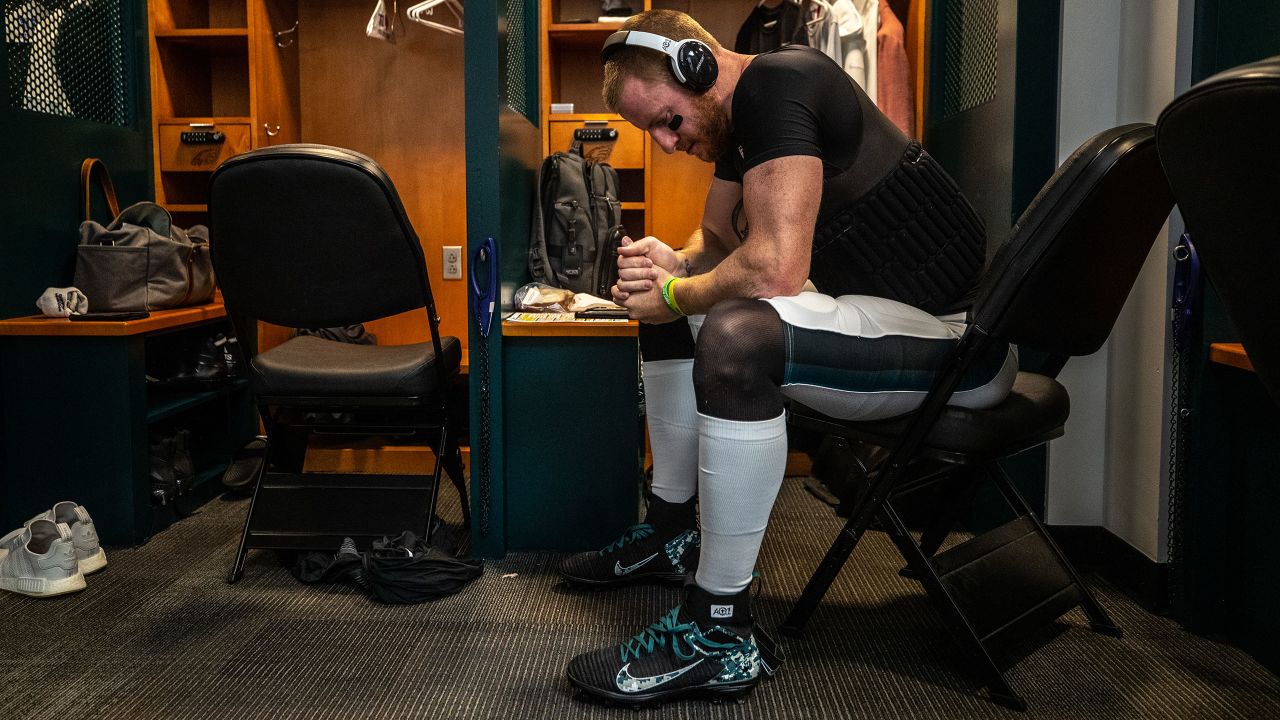 Housecleaning after Week 1 is an NFL tradition— some roster decisions are unpleasant but necessary.

The Eagles released tight end Richard Rodgers off Injured Reserve with an injury settlement. That’s bad for Rodgers’ continued pursuit to stay relevant in the league. However, it does give him free-agent status if he decides to keep trying to prolong his football career.

On Wednesday evening, the Eagles promoted cornerback Craig James from the practice squad to the active roster. The 23-year-old James played three games for the Minnesota Vikings as a rookie last season. Not sure if James will be activated for Sunday’s game against Atlanta, but he could be useful on special teams.

To fill out the practice squad, the Eagles brought back tight end Alex Ellis, who was waived on Tuesday. Ellis played 22 snaps on special teams and two more on offense in the season opener against Washington. This guy appears destined to ride the Vandervelde Express shuttle.

The Eagles also signed cornerback Ajene Harris to the practice squad. Harris, who participated in the Rookie Camp on a tryout basis, was signed during Training Camp out of USC. Harris transitioned from wide receiver to cornerback in college and had three interceptions as the team’s nickel in 2017. Last year, Harris played both cornerback and nickel for the Trojans.

So much for housekeeping. On the ready-to-play-or-not questions, Derek Barnett was upgraded from a limited participant to a full participant in practice Thursday as the defensive end continues his return from the shoulder injury that ended his 2018 season in October.

Quarterback Nate Sudfeld (left wrist) and defensive tackle Fletcher Cox (toe) were once again listed as limited on the injury report. Sudfeld was throwing with practice squad quarterback Kyle Lauletta in warmups, but quarterbacks coach Press Taylor was catching passes for him.

Linebacker Kamu Grugier-Hill (knee) and offensive lineman Jordan Mailata (back) were the lone Eagles to not practice. Mailata watched warmups while wearing a baseball cap. Grugier-Hill was working with a trainer on a side field, and he had his helmet with him.

Let’s check in on the Brisuksegg Fantasy Football League, Week One, results courtesy of T-Boner in Idaho, with our own GK Brizer entering the fray with his first appearance as GM/head coach of a BSE franchise.

Brizer runs the GK Barons now, and they responded with a win over the Bad Jews Bears (South Philly Ben) in their BSE debut.

The Barons thumped the Bears, 172- 122… Brizer got huge performances from the Minnesota Defense/Special Teams and from his ageless QB Tom Brady.

It’s a 10-team league this year with a lot of twists and turns to come. All EYES are on the newest franchise, the GK Barons, who are trying to make an historic splash for an expansion team. We will keep you updated.