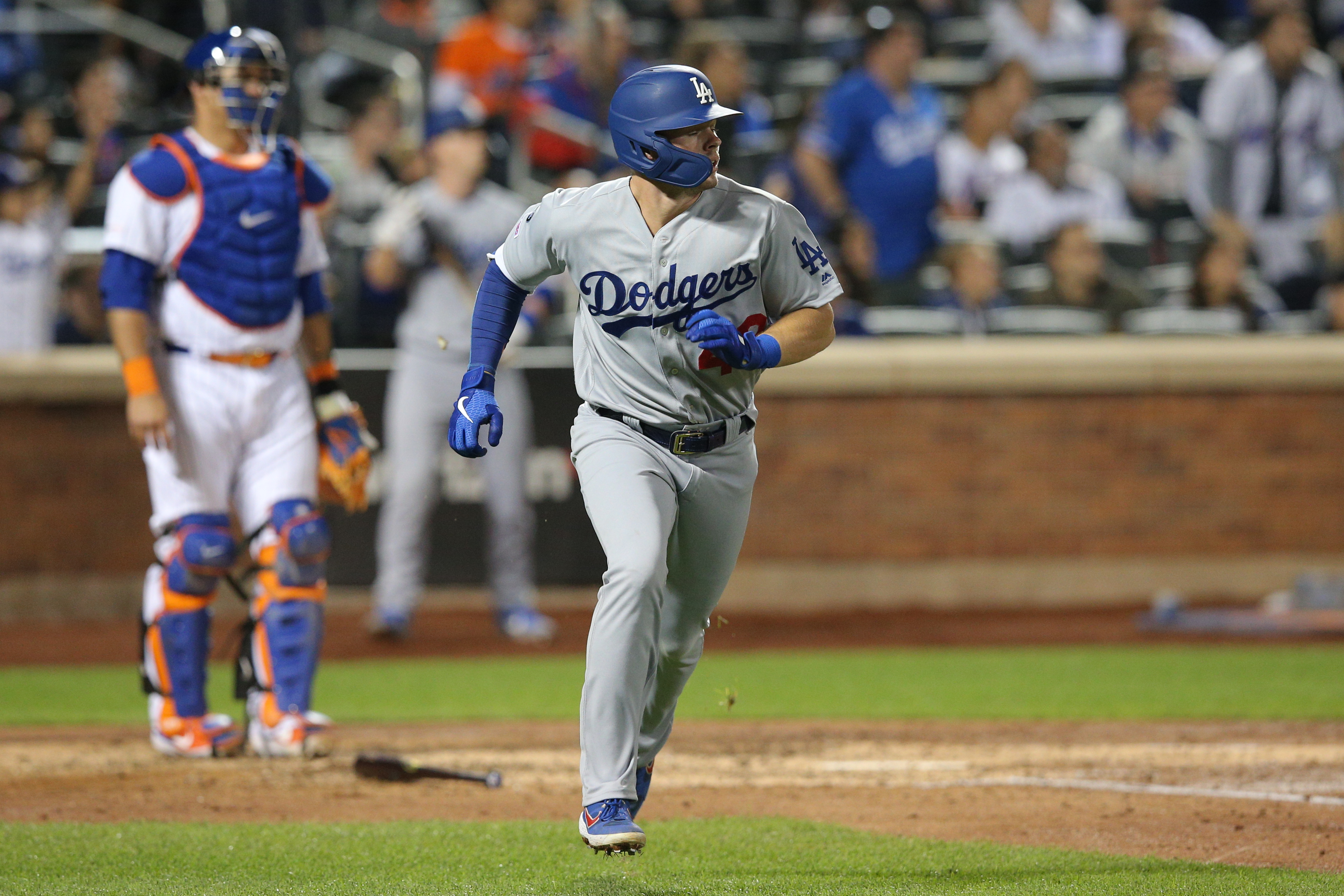 There is a very simple storyline here, and it supersedes everything else:

The Mets were outclassed by the Dodgers on Friday by a score of 9-2. They lost to a Hall of Fame pitcher and a lineup that leads the league in runs scored. The Cubs beat the Pirates by a score of 17-8, and unless the Mets can beat the Dodgers at least once at Citi Field for the first time since ’16, and unless the Pirates somehow beat the Cubs in Wrigley at least once (which seems unlikely), the Mets are staring down the barrel of being five games out of the playoffs with 13 to play. That, unfortunately, would end the season before the Mets even get to play Colorado, Cincinnati, and Miami.

That’s your bread and butter. Now to the avocado toast which is Noah Syndergaard’s outing:

The Dodgers worked some really tough at-bats against him, especially Cody Bellinger who struck out on an eight pitch at-bat in the second, and walked in the fourth on a ten pitch at-bat to lead off that rally. (It also took Syndergaard eight pitches to strike out Clayton Kershaw.) In those three at-bats alone, Bellinger and Kershaw fouled off eleven pitches with two strikes, corroborating Noah’s assessment that he had trouble with an out pitch tonight.

Noah’s off speed stuff was also spotty. He threw a great slider to A.J. Pollock in the fourth to get to a 1-2 count, but Pollock was able to get a bat on the ball on the 1-2 slider he saw from Syndergaard and ground it into center field for an RBI single which tied the game at 1-1. Then, of course, the curve ball to Gavin Lux that he smoked out to center field for a three run HR to effectively put the game away at 4-1. That pitch was pure slop and everybody, including Noah himself, will tell you as such. So now here’s the question: Was tonight Wilson Ramos’ fault?

The short answer is no. You have to give the Dodgers credit for working out tough at-bats, fouling pitches off (27 in 102 pitches for Syndergaard compared to just 15 in 105 for Kershaw.) Those numbers were also born out of Syndergaard’s iffy off-speed stuff and you have the result you have. But I’ll say this: I definitely noticed that Syndergaard’s pitches were up in the zone. You can’t live up there throwing sliders and sinkers. I’m sure Syndergaard would have wanted those pitches down, but after all that you’ve heard it has to be in the back of your mind that perhaps that’s built into the game plan to try to get hitters out up in the zone to avoid getting squeezed in the lower third. There were a couple of pitches that Hunter Wendlestedt squeezed Syndergaard/Ramos on low. It wasn’t the biggest factor of the game, but it’s something that makes you think.

It looked low but it seemed to have crossed the plate at the knees on the outside corner. I wondered if Tomas Nido could have stolen this pitch.

Hunter Wendlestedt squeezed Syndergaard high and low on Friday. Gary Carter wouldn’t have been able to steal this pitch. This at-bat ended with that slop curve ball for the three run HR. But could a different call have changed this entire at-bat? Who knows. It’s probably just me searching for something on the 1-0 pitch, but both Syndergaard and Ramos had a problem with the 2-0 pitch.

Now, if you’re looking for a larger sample size of proof other than tonight, check this out:

If you don’t think Noah Syndergaard pitches differently to Ramos & Nido, take a look at Thor’s sinker heatmap to Ramos (left) vs. Nido (right) this year (not including tonight).

Thor’s sinker has a 24.7 whiff rate when pitching to Nido vs. 21.4 with Ramos. #Mets pic.twitter.com/cDS3anWl0I

I also thought there was something interesting from Syndergaard’s clubhouse interview tonight. He took the high road for the entirety of the portion of the interview that was shown on SNY. But the one bite that got me was when he was asked if he had to apologize to Ramos for the whole thing, and he said something to the effect that he didn’t feel that he had to apologize because the conversations weren’t kept in house, and that was something out of his control. Translation: the leak screwed him over. I’m personally pissed off that the Mets have to deal with these leaks, especially when they’re made to make specific players … who just happen to be the subject of trade rumors … look bad. Can we at least acknowledge those optics?

So all in all, the Mets didn’t lose because of the Syndergaard/Ramos nonsense. They lost because Syndergaard didn’t have his A+ stuff against the team that leads the National League in everything. Also … Clayton Kershaw, who won his 10th straight game against the Mets in the regular season. Was there enough to blame Wilson Ramos? Not a chance. Was there enough evidence to show you that perhaps Brodie Von Monorail and Handsome Art Howe should swallow his pride and give Noah Syndergaard the comfort he seeks? Let’s just say that time is running short and every option should be on the table. We should just hope that by the time Syndergaard next takes the hill that time hasn’t completely run out.