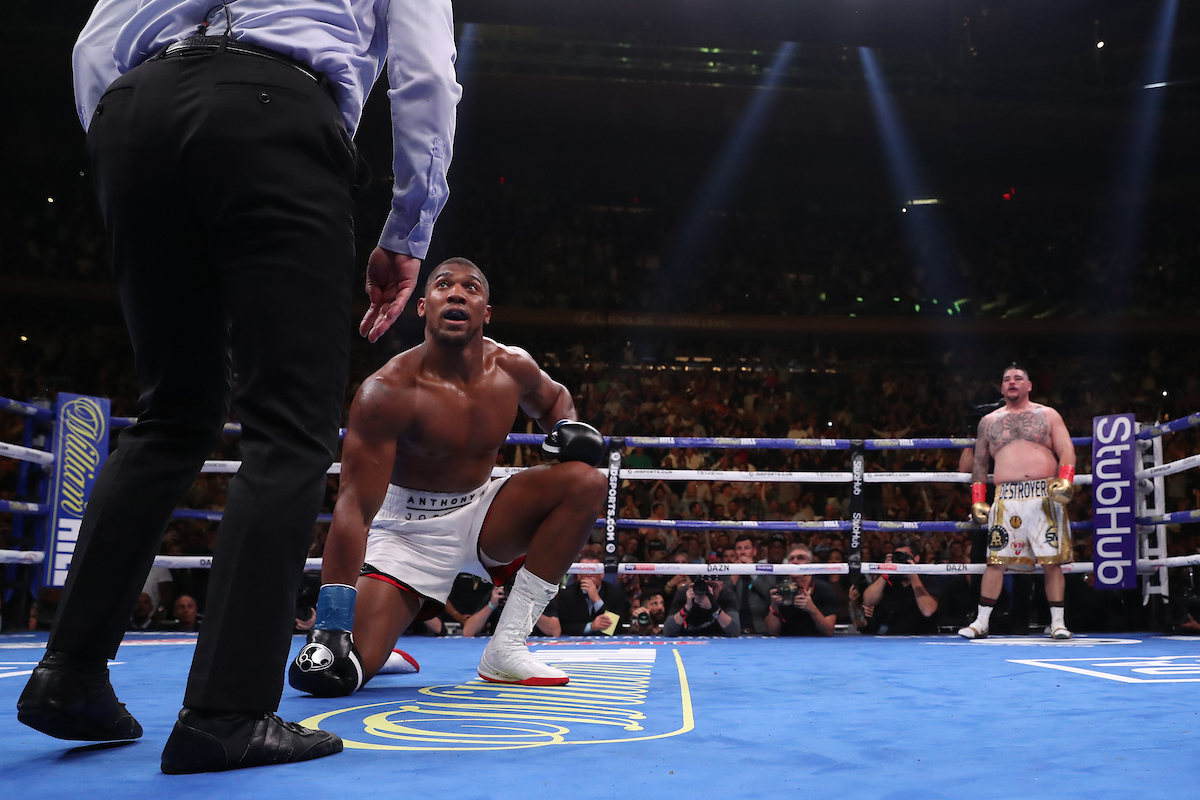 The boxing world didn’t know how to react. Actually, the entire world didn’t when Andy Ruiz Jr. beat Anthony Joshua back in June to win the WBA (Super), IBF, WBO, and IBO Heavyweight Titles. Madison Square Garden was rocking as Ruiz (33-1) knocked down Joshua (22-2) multiple times in what many considered a shocker.

After months of delays and questioning if it was actually going to take place, the rematch looks to be set. It’s not in New York City, where the upset happened, or in London, where Matchroom Boxing’s Eddie Hearn claimed it would be. The fight is also not in Mexico, Los Angeles or even Las Vegas. Saudi Arabia will host the event, a strange but profitable choice for all parties.

“On December 7, you will witness an event that you will never forget,” Matchroom Boxing’s Eddie Hearn stated during the rematch world tour. “Major heavyweight fights in the past where the venues have took people by surprise, the ‘Rumble in the Jungle,’ the ‘Thrilla of Manila,’ trust me when I say that this event is of the same guild.”

With the correct monetary value involved and a fresh date of December, how exactly will this bout go? Both are in uncharted waters, and preparation will be different this time around.

How different? Anthony Joshua and the rest of Matchroom will take Andy Ruiz seriously. Prior to facing Ruiz, Joshua was set to face Jarrell Miller, a dangerous opponent who seemingly got into the head of Joshua. Once Miller was dropped from the fight for failing three different drug tests, however, the search was on for a new challenger. In came Ruiz, who many dismissed before he even got a chance to get inside the ring.

Before the bout, Joshua handed Ruiz his titles as a playful gesture, which may have been his downfall. This time around, Ruiz did not hand his titles over to Joshua, and Joshua is smiling less. Andy is also celebrating more, something that goes with the title of “champion”, right? How exactly will internal factors affect the rematch?

According to The Action Network, Joshua is expected to regain his championship titles, coming in as the favorite at -270. Ruiz is at +220, and when you consider Ruiz was a 25-1 underdog last time out, playmakers are interestingly enough sticking to their guns.

Eddie Hearn sees this as the perfect time to trigger the automatic rematch clause for Joshua, instead of giving Joshua a “warmup” bout. Unlike Tyson Fury and Deontay Wilder, Joshua wants to be a part of “competitive bouts” that will secure him as boxing’s top draw.

“We didn’t have no warm-up fight, I’m not gun shy,” Joshua stated during the rematch world tour. “I’m looking forward to getting back in there December 7 and reclaiming my belts.”

Joshua states he was sloppy, but there is no doubt Ruiz has the power and skills needed to hold his grip over the boxing world.

Now that we have seen what both men can do on the main stage, will Joshua outclass Ruiz, or will the results be the same as last time out? The latter is not far off to think, and if you are a betting man, especially in boxing, the underdog has almost always proven to surprise fans.

Whether in a stadium or a cathedral, New York or Saudi Arabia, none of that matters. As two warriors go at it once again, one has to wonder what we can exactly expect. While Joshua will be more prepared compared to last time, will that be enough? At the end of the day, deja vu might be at it again, as Andy Ruiz won’t just shock the world, but knock it (and Joshua) down to its very core.