Holmstrom takes the ice for first time in training camp 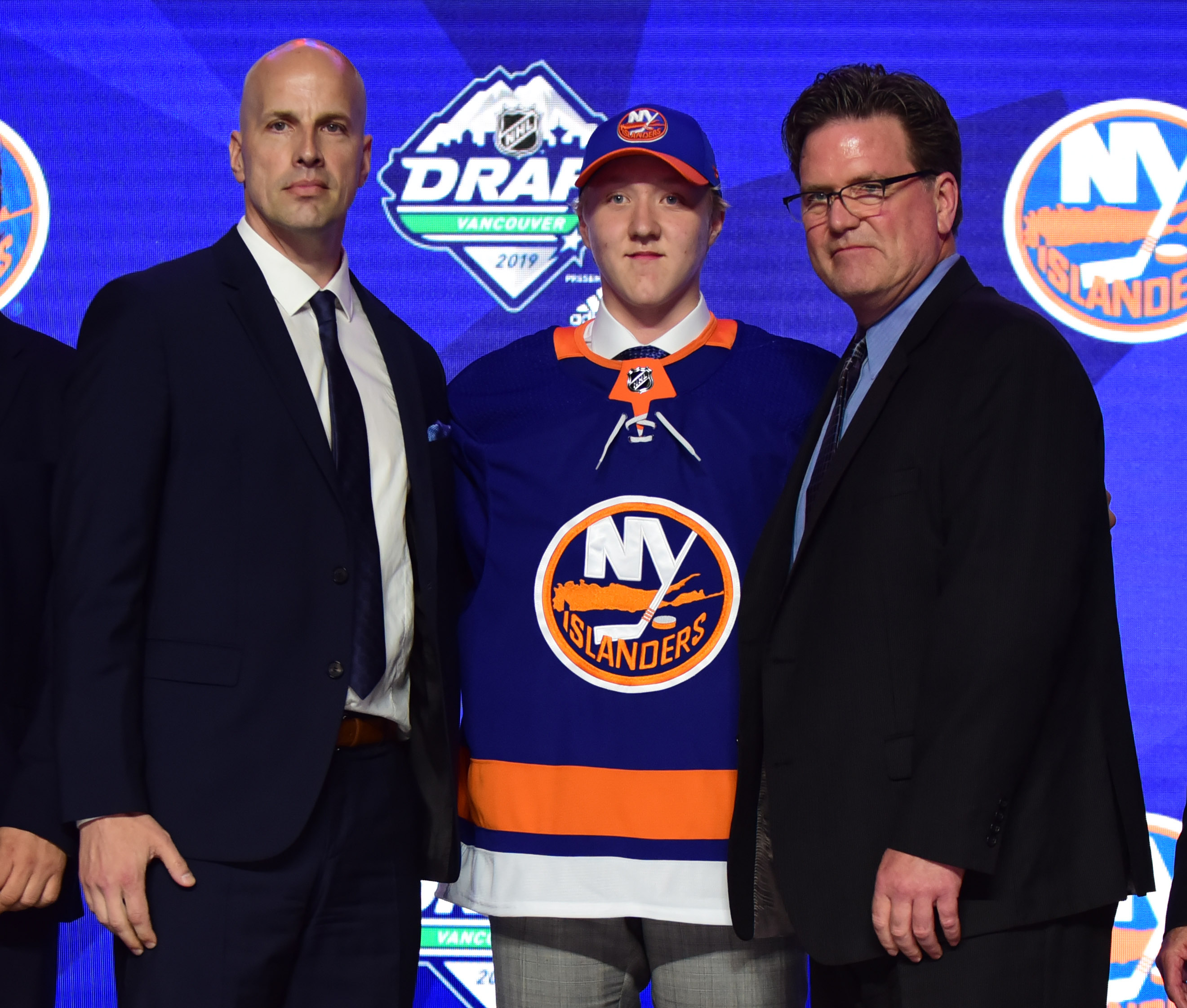 Holmstrom takes the ice for first time in training camp

Holmstrom had been listed as day-to-day by the team due to soreness after he blocked a shot while training back home in Sweden. It happened, according to Holmstrom, five days before he was set to leave for Long Island for rookie camp.

The 18-year-old said he took a shot off his ankle. Holmstrom called it “unlucky.”

“It has been frustrating,” Holmstrom said about having to miss rookie camp and the first two days of the main camp. “I’ve been ready to get back and play. That’s exciting. A lot of help from the staff and from the team.”

Holmstrom joins the group for his first day of camp. #Isles pic.twitter.com/vNo0tHdpV8

The Islanders raised some eyebrows taking Holmstrom so high in the NHL Draft in June. Holmstrom is viewed as a talented prospect, but injury concerns dropped his stock heading into the draft.

Holmstrom had to undergo hip surgery prior to his 2018-19 season in Sweden and suffered a broken thumb and had a concussion, which sidelined him for much of last year.

On his first day of on-ice work,  Holmstrom was upbeat and excited. He described the moment of stepping onto the ice for the first time as “just happiness.”

And there didn’t appear to be any drop in his play, despite the days missed. Prior to the painful blocked shot, Holmstrom had spent the summer training in Sweden with HV71.

“I feel a lot stronger, better shape,” Holmstrom said. “I think I got better at everything, so I’m really excited to play.”

Simon Holmstrom said being at #Isles camp has been unreal. "Everyone has been so nice to me and really helped me here… It's a great group."

Holmstrom’s arrival back on the ice comes on the eve of the Islanders first preseason game. They’ll play the Philadelphia Flyers on the road Monday night and then host them at the Nassau Coliseum on Tuesday.

It’s unclear if Holmstrom will appear in one, both or none of those games, but he is obviously hoping to make a mark in whatever preseason action he does see.

“Show how I play and what my game looks like,” Holmstrom said. “I hope to make it hard for them. Play and have fun with the team as well, and win.”