Tonight is an absolutely massive game for the New York Mets 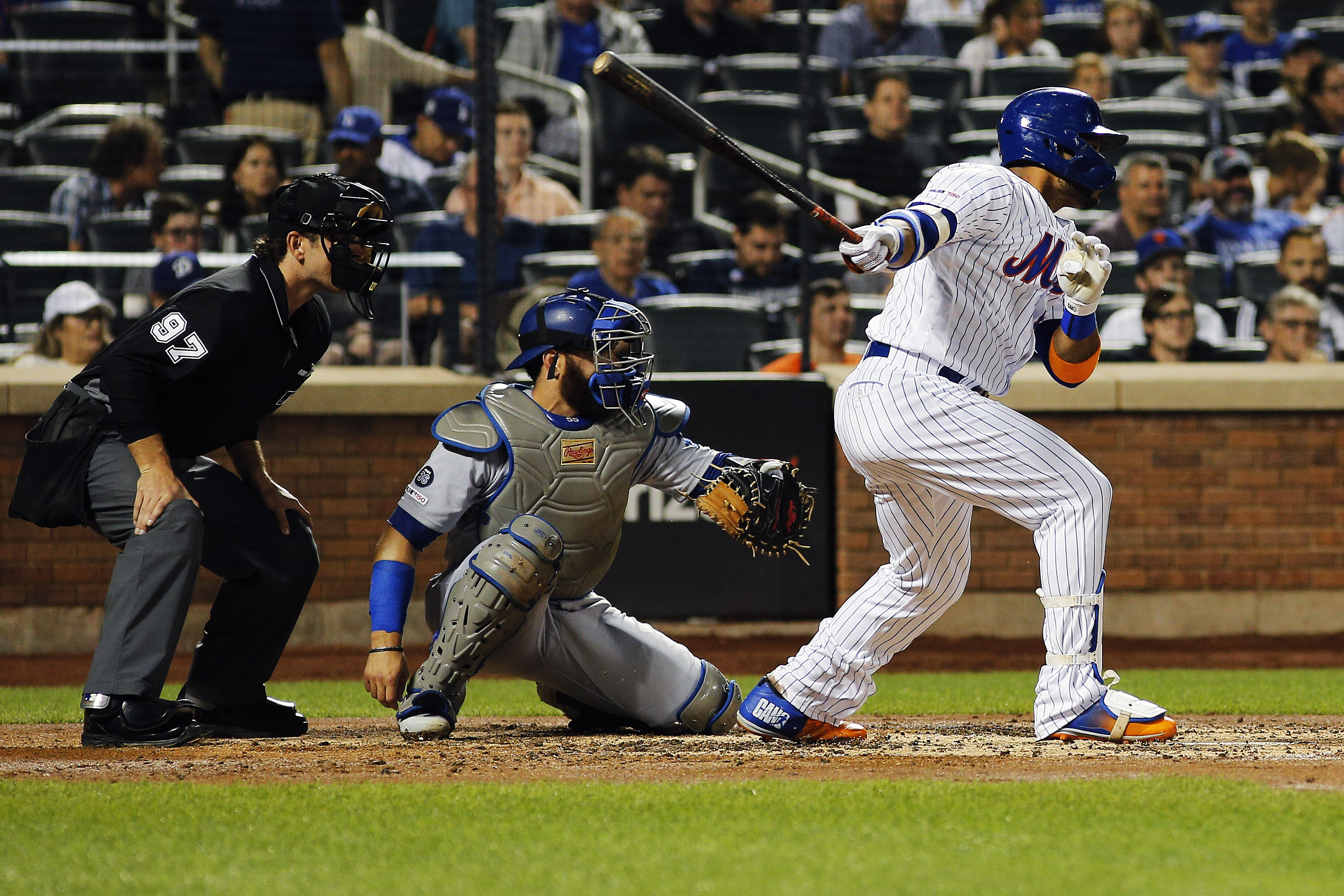 Tonight is an absolutely massive game for the New York Mets

The New York Mets picked up a very important win last night when Rajai Davis stroked a bases clearing double in the eighth to beat the Los Angeles Dodgers 3-0. That win not only helped the Mets avoid a losing streak at the most important time of year, but it helped them keep pace with the Chicago Cubs and Washington Nationals in the Wild Card standings. The Mets are now almost through their gauntlet of contenders, but it is absolutely essential they get out of this series with the Dodgers with a win tonight.

As play begins today, the Mets trail the Cubs by three games in the standings, and they play the Dodgers on national television tonight. The Cubs wrap up a series with the hapless Pittsburgh Pirates, who they have outscored 31-9 over the past two days, this afternoon. By the time the Mets take the field tonight, they likely will know that the Cubs swept the Pirates, meaning they need a win to keep pace with Chicago in the standings.

If the Cubs win and the Mets lose, the Mets would find themselves four out of the second Wild Card spot with 13 games to go. Even with the Mets having a slightly easier schedule going forward, the math doesn’t favor them making up that much ground in that short a time span. A win, coupled with a Cubs win, would keep the deficit at three. The best case scenario for the Mets would be for the Mets to win and the Cubs to lose earlier in the day, allowing them to shave a game off the deficit and cut it to just two games.

The Mets also can see the Washington Nationals, who are in command of the first Wild Card spot, in the distance. Washington has stumbled of late against a tougher schedule, dropping seven of their last ten games headed into the finale of their series with the Atlanta Braves today. The Mets trail Washington by 4.5 games, but five in the all-important loss column, but the Nationals finish with 11 of their final 14 games against contenders. The Mets play just 4 of 14 against contenders down the stretch, including tonight’s game against the Dodgers and a matchup with the Braves on the final weekend of the season when Atlanta may be resting starters for the playoffs.

Regardless of what happens with Washington and Chicago today, the fact of the matter is that the Mets need to win. A conservative estimate for the second wild card spot is 87 wins, and that means the Mets can only afford at most four losses the rest of the way.  The Mets probably need to exceed 87 to get that playoff spot, so getting a win over the Dodgers tonight is absolutely vital for the Mets’ postseason hopes.