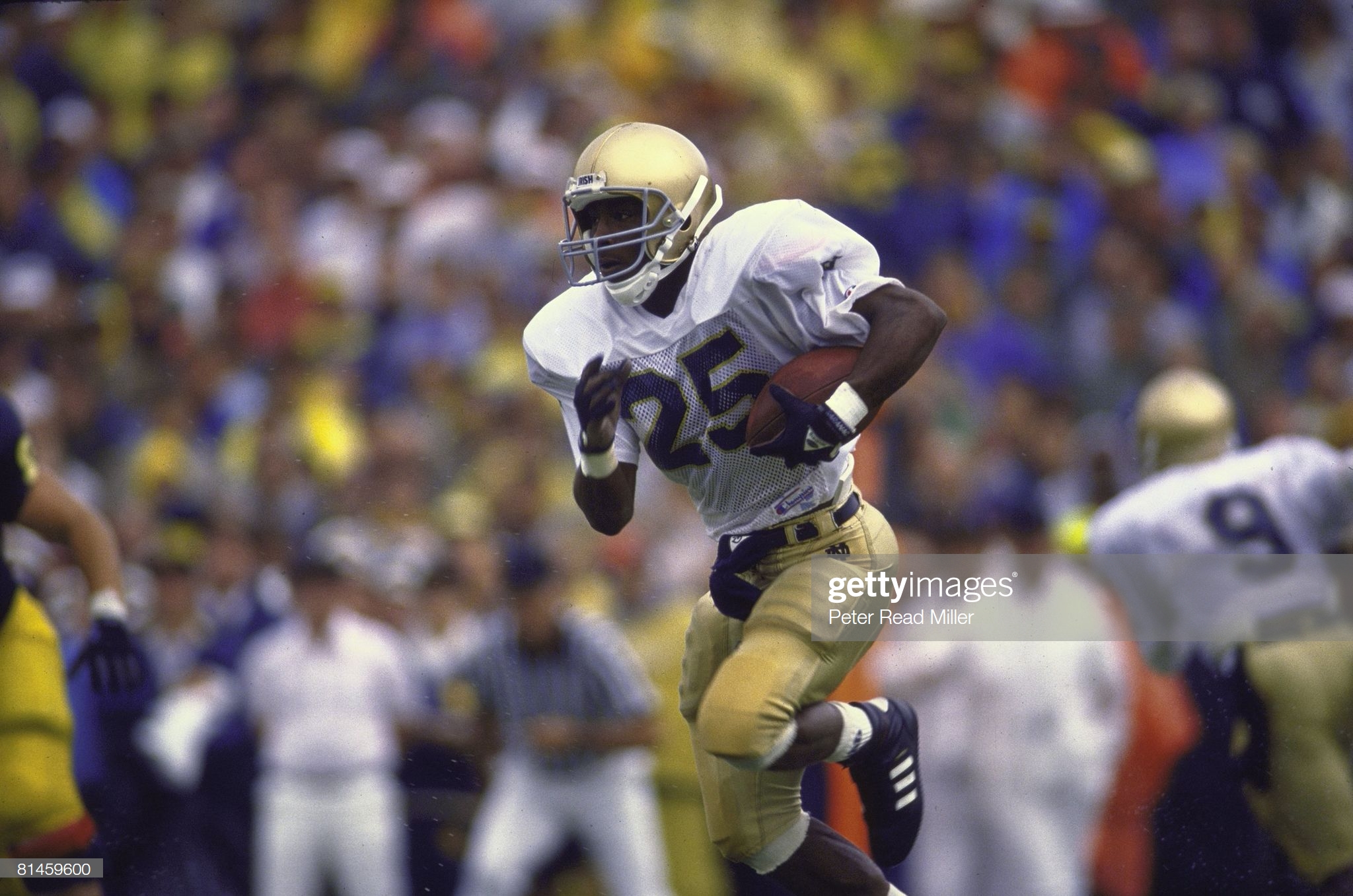 For years, the annual contest between Notre Dame and Michigan has been one of the best early-season rivalries in college football. On this day 30 years ago, the teams met in Ann Arbor as the top two ranked teams in the country.

Reigning national champion Notre Dame was ranked No. 1 in the country and coming off a convincing 36-13 win over Virginia in the Kickoff Classic as it entered “The Big House” in Ann Arbor on Sept. 16, 1989. No. 2 Michigan had led the eventual national champions late the year before in South Bend before walk-on Reggie Ho kicked through the game-winner with just over a minute to play to deliver Notre Dame a 19-17 victory.

Special teams would again be a major factor in 1989. When all was said and done, Notre Dame prevailed 24-19 to win its third game in a row over Michigan and 14th straight overall.

Points were hard to come by in the first half as Notre Dame led just 7-6 at the break. It took just seconds into the second half for the Fighting Irish to double their point total as speedy Raghib Ismail returned the second half kickoff 88 yards for a touchdown.

The Notre Dame lead would balloon to 17-6 on a short field goal by Craig Hentrich. Michigan quarterback Elvis Grbac, who had entered the game for an injured Michael Taylor, was able to draw the Wolverines to within five on a 5-yard touchdown pass to Derrick Walker with less than 13 minutes to go in the game.

That’s when Ismail would break Michigan’s back.

With the score 17-12, Ismail would take the ensuing kickoff 92 yards for a touchdown to stretch the lead to Notre Dame’s biggest of the day. Grbac would add a second touchdown pass with just more than four minutes to play. After a failed onside kick, the Fighting Irish were able to melt the clock and cement the victory.

Grbac had a solid day with 134 yards passing while completing 17 of 21 attempts. Notre Dame quarterback Tony Rice and running back Anthony Johnson combined for 159 yards rushing. Rice’s only completion of the day was a 6-yard touchdown toss to Johnson.

The winning streak for Notre Dame and head coach Lou Holtz would reach 23 games before falling to eventual national champion Miami in the regular season finale. The loss for Michigan would be its lone blemish of the regular season as the Wolverines ran the table in the Big Ten and reached the Rose Bowl in the final season under legendary Bo Schembechler. That loss came on this day 30 years ago.