Eagles scramble to game-plan around injuries in Week 3 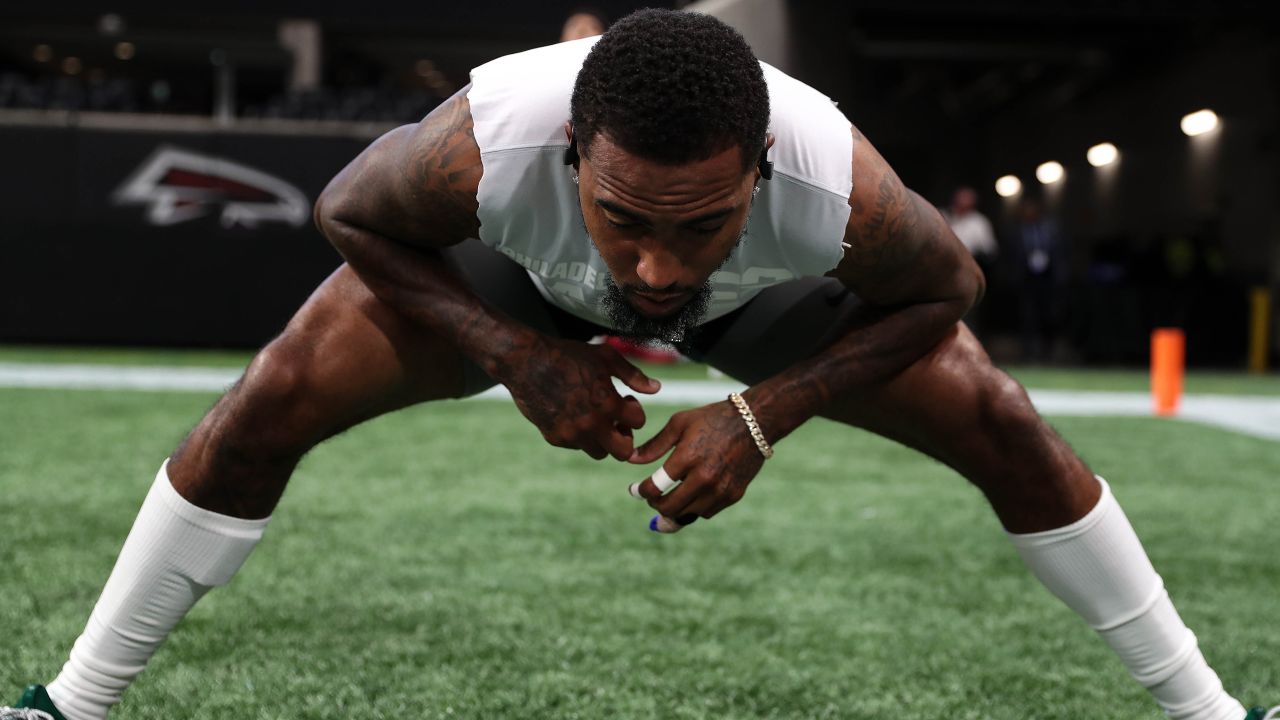 Eagles scramble to game-plan around injuries in Week 3

What the “official” injury aftermath of the Atlanta game looks like:

Status – Questionable
Zack Rosenblatt of The Newark Star-Ledger noted Monday that his impression is that Jackson’s groin injury isn’t considered serious, though the wideout’s Week 3 status is not clear at this stage.

Status– Questionable
The injury that Jeffery suffered Sunday night against the Falcons is being characterized as a calf strain, Ian Rapoport of NFL Network reports/

Status -Questionable
Clement (shoulder) underwent an MRI on Monday and is expected to miss one or two weeks, Ian Rapoport of NFL Network reports.

Status -Questionable
Goedert re-injured the calf that bothered him in August, Martin Frank of The Delaware News Journal reports.

Status –Out
Jernigan has a broken foot (cracked bone) and could be out for a month to six weeks, Ian Rapoport of NFL Network reports.
So maybe a long season works in favor of things not looking so grim on the injury front after all. Things could be much worse, especially since Carson Wentz, Jason Kelce, Nelson Agholor, Zach Ertz and Jason Peters apparently have been cleared to practice this week without limitations. All five of those guys looked like they were on the endangered species list at several points in the Falcons game.
In the meantime, the Eagles will try to gut it out with what they’ve got left, since they are reluctant to IR any one of those “Questionable” guys, or the “Out” guys, including Jernigan.
The Eagles had to run “11” personnel the entire Falcons game with just one tight end on the roster, affecting the game plan with Pederson adjusting on the fly.
“It affects it a lot. If you were to look at my call sheet this morning, you would see a lot of scratch-outs on plays and different things,” Pederson said. “One thing that I said after the game, too, is with [Eagles offensive coordinator] Mike Groh, [Eagles offensive line/run game coordinator] Jeff Stoutland, and the offensive staff making the adjustments we needed to make and coaching those young guys up, Mack Hollins, J.J. [Arcega-Whiteside].
” And what’s interesting, if you watch the game as we did this morning, I mean, Zach [Ertz] is telling guys where to go. Nelly [Nelson Agholor] is telling — we’re moving guys. Our pieces are moving and we’re putting guys in positions that didn’t practice in those positions during the week and still had a chance at the end of the game. Took the lead and had a chance.”
All well and good, but…
The Detroit Lions visit the Linc for  a 1 p.m. matchup this Sunday after scoring a 13-10 win over the Los Angeles Chargers at Ford Field. Quarterback Matthew Stafford completed 73 percent of his passes and threw for 245 yards with two touchdowns and two interceptions, while wide receiver Kenny Golladay caught eight passes for 117 yards and a touchdown.
The Lions will be happy to see so many of our first-team offensive players in street clothes on the sidelines. The Detroit defense held down Philip Rivers and the Chargers offense to move to 1-0-1 on the season.