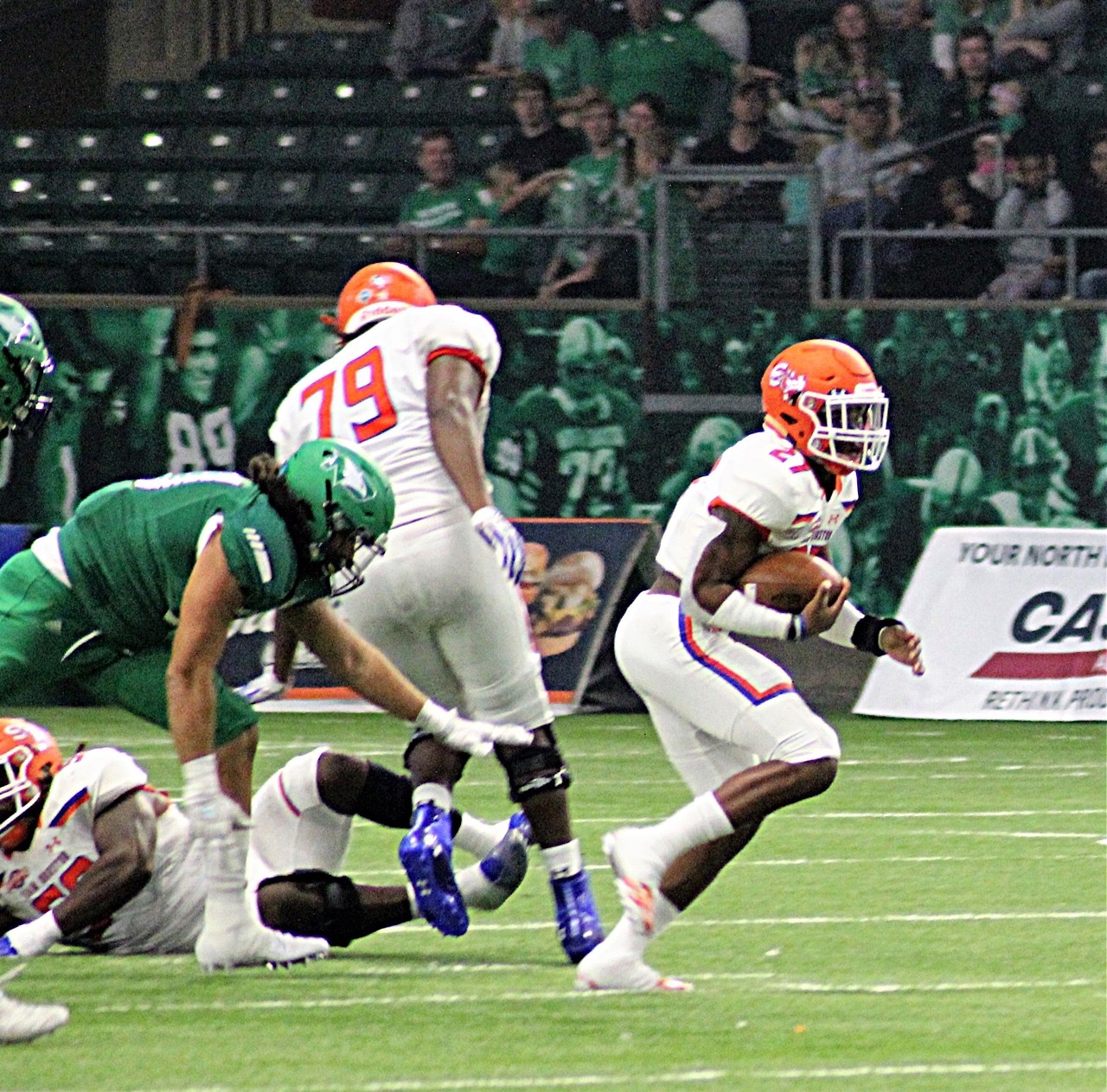 On Saturday, the University of North Dakota football team defeated the Sam Houston State 27-23 in a crucial FCS game. Here’s a couple of things that caught my attention.

Historically, UND has had a strong running game. Through three games, the UND’s opponents have out-gained them 615 – 331. Even more troubling, through three games, not one UND running back has gone over 100 yards during a game. Not once. Moreover, the longest run of the season was 56 yards by Wildcat quarterback Brock Botlmann.

Coming into the season, my expectations for James Johannesson were high. The Fargo Freight Train was the top returning running back. In the past, Johannesson has been good inside the tackles. This season, he’s averaging a paltry 2.8 yards per carry. At times, Johannesson has looked hesitant and a step slow.

Last season, Johannesson played in 11 games and gained 651 yards on 93 attempts with an average of 7.0 yard per attempt. This season he has 80 yards on 29 attempts. One positive, the senior from Fargo, ND has three rushing touchdowns.

Checking the national stats, UND is ranked 89th nationally in rushing offense. UND is also ranked 81 nationally in total offense. Obviously, it’s a small sample size, and they’re still getting used to a new offensive coordinator, but it’s something to be concerned about.

Against the Bearkats, the Fighting Hawks defense won the game for UND.  The Hawks scored 13 points off of four turnovers (3 interceptions and 1 fumble recovery). The most important turnover was on fourth down and two from the Hawks 10-yard line. The Bearkats came out in a swing gate formation. The Hawks weren’t fooled. Sophomore linebacker Noah Larson stripped the ball from Bearkats quarterback in the backfield and sophomore defensive lineman Jalen Morrison recovered the loose ball. Ball game.

Linebacker Noah Larson causes a fumble late in the game against SHSU.

Post-game, Sam Houston State coach KC Keeler shared his thoughts on running the swing gate play, “We give a lot of different, funky formations. That’s a read play. I don’t think the option of that play we ran was, in the end, was the option we wanted. They had us out-manned there. That was a mistake on our part.”

One area the defensive needs to work on is run the defense. Against the Bearkats, the Hawks gave up 162 yards rushing on 50 attempts.

On the flip side, the Hawks only gave up 118 yards on 36 attempts through the air and had three interceptions. According to the NCAA, UND is ranked 57th nationally in run defense and ranked eight overall in total defense.

In two weeks, the Hawks defense will see senior running back Antoine Custer Jr. In three previous seasons, the Berkeley California native has played in 35 games rushed for 1817 yards on 352 attempts and scored 23 touchdowns. This season, he’s the Eagles leading rusher with 255 yards on 49 attempts. Saturday against Jacksonville State, Custer had a career-best 184 yards rushing.