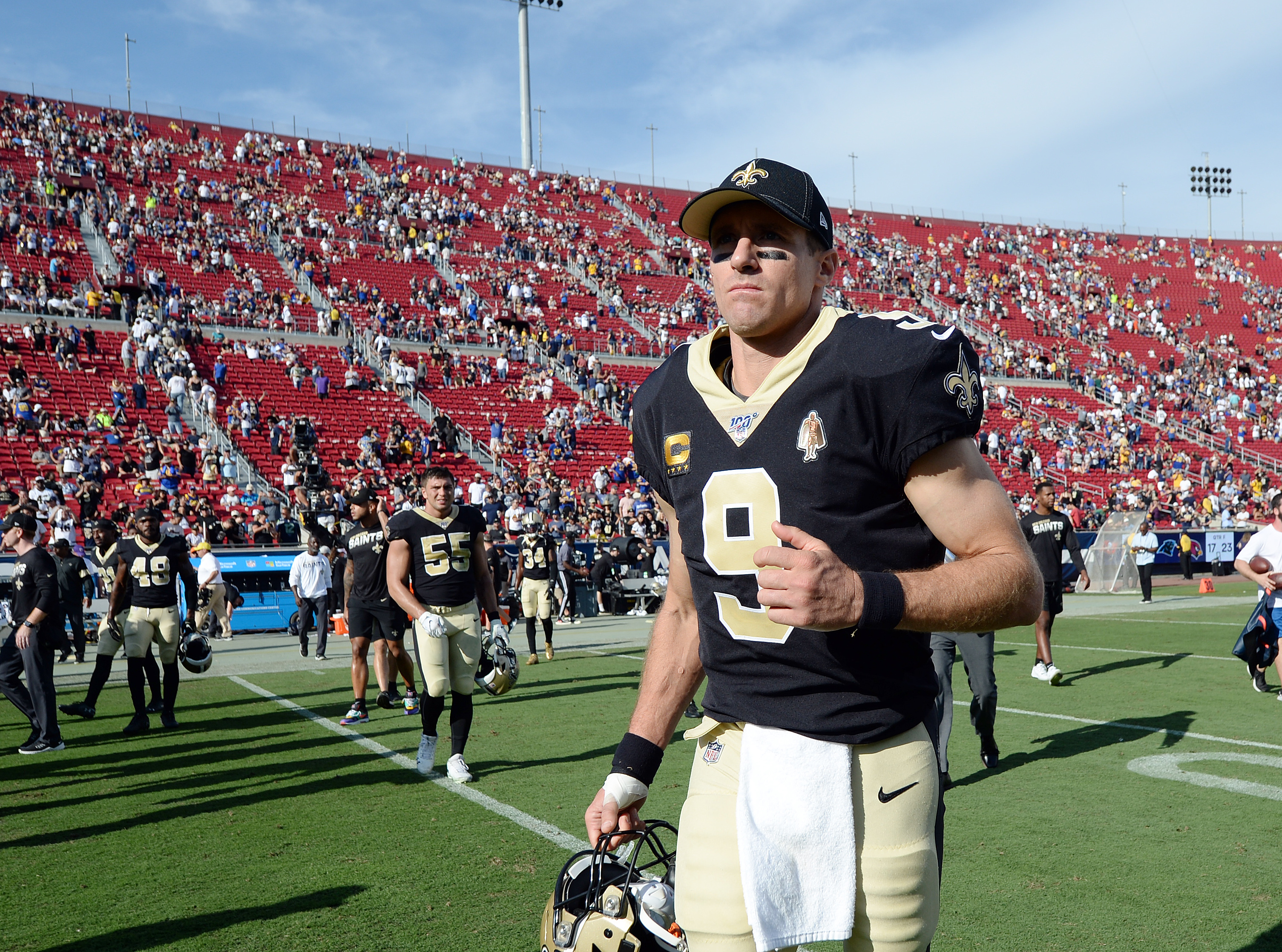 Not only did the Saints lose the rematch against the Rams on Sunday, they also lost their quarterback for a significant amount of time.

As NFL Network’s Ian Rapoport reported on Monday, Drew Brees suffered a torn ligament in his throwing thumb and will require surgery. He’s expected to be out six weeks.

#Saints QB Drew Brees has a torn ligament in his throwing thumb and he’s going to require surgery, sources say. The timeframe depends on the surgery, but he’s likely out 6 weeks. That’s the initial estimate.

Brees suffered the injury when his throwing hand collided with the outstretched hand of Rams’ defensive lineman Aron Donald on a pass attempt.

This is the play where #Saints QB Drew Brees got injured.pic.twitter.com/GyQcKC0EAW

Former first-round pick Teddy Bridgewater, who took over for Brees in the 27-9 loss to Los Angeles on Sunday, will be the starter going forward for New Orleans. It will be interesting to see how he handles the role. Prior to the knee injury that nearly ended his career, Bridgewater was once a starter for the Minnesota Vikings.