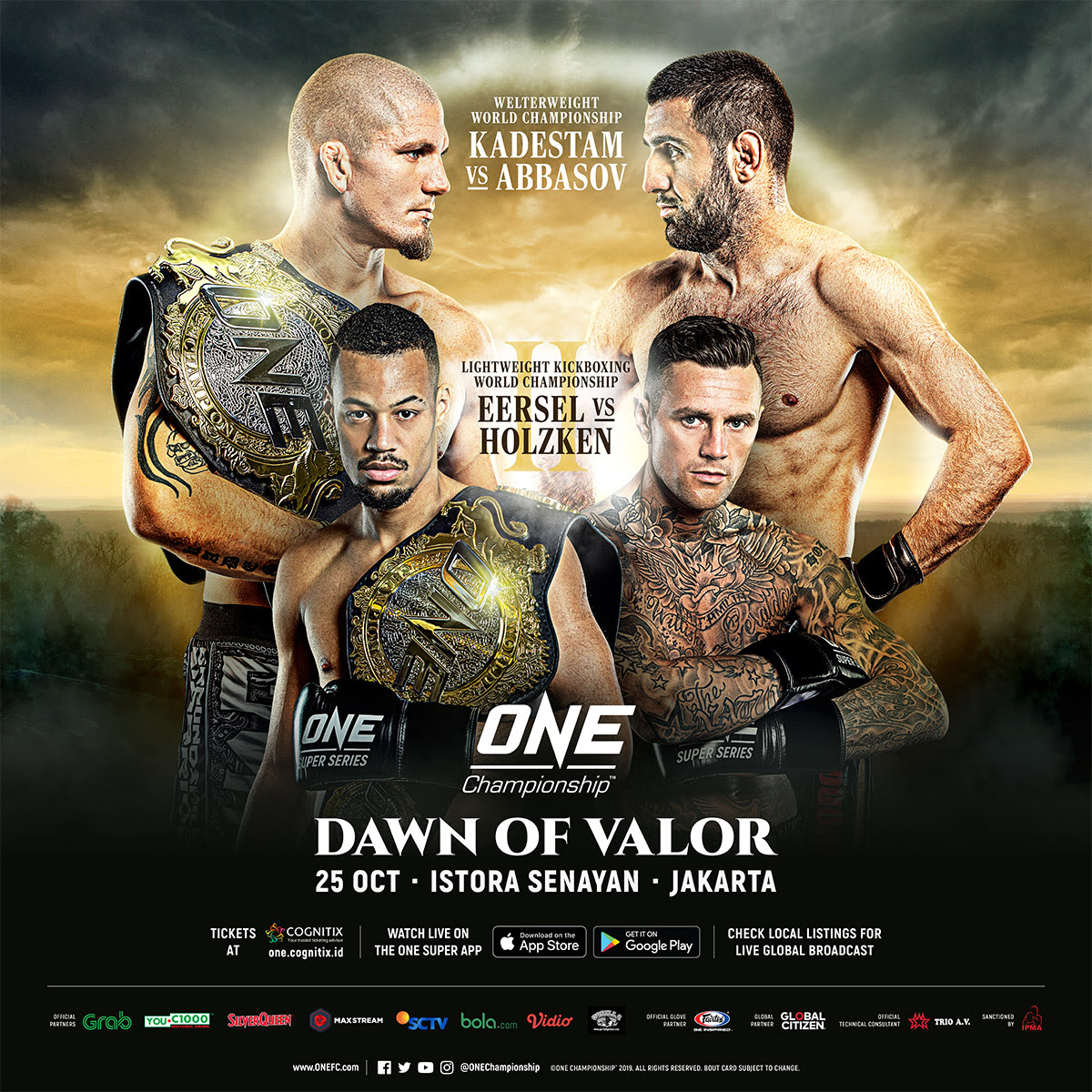 Returning to Indonesia on October 25, ONE Championship will feature two title bouts for ONE: Dawn of Valor. The card will also host the debut of a former UFC star.

The main event will be Zebaztian Kadestam defending his Welterweight Title against Kiamrian Abbasov. In the co-main event, Regian Eersel and Nieky Holzken will face off in a kickboxing championship bout. Dawn of Valor takes place inside Istora Senayan in Jakarta.

This is the second defense of the Welterweight Title for Kadestam (12-4), who won the title back in November of 2018 against Tyler McGuire. He had his first successful defense of the belt back in March, forcing Georgiy Kichigin to quit after two rounds. Following a loss to Ben Askren in 2017, Kadestam is on a three-fight win streak.

The champion faces a man in Abbasov (21-4) who is on a very impressive run of his own. On a ten-fight win streak at one point, he lost to Luis Santos back in March of 2018. He rebounded by winning his next three fights in a row.

Signing with ONE in July, John Lineker will make his debut for the promotion against Muin Gafurov. Lineker (31-9) lost his last fight back in April, a split decision loss against Cory Sandhagen. Let go by the UFC with a 2-2 run in his last four fights, the 29-year-old Lineker is looking to show he truly belongs with some of the best MMA has to offer.

Tickets for ONE: Dawn of Valor are on sale now, and can be purchased via this link. Here is the full lineup for the event: