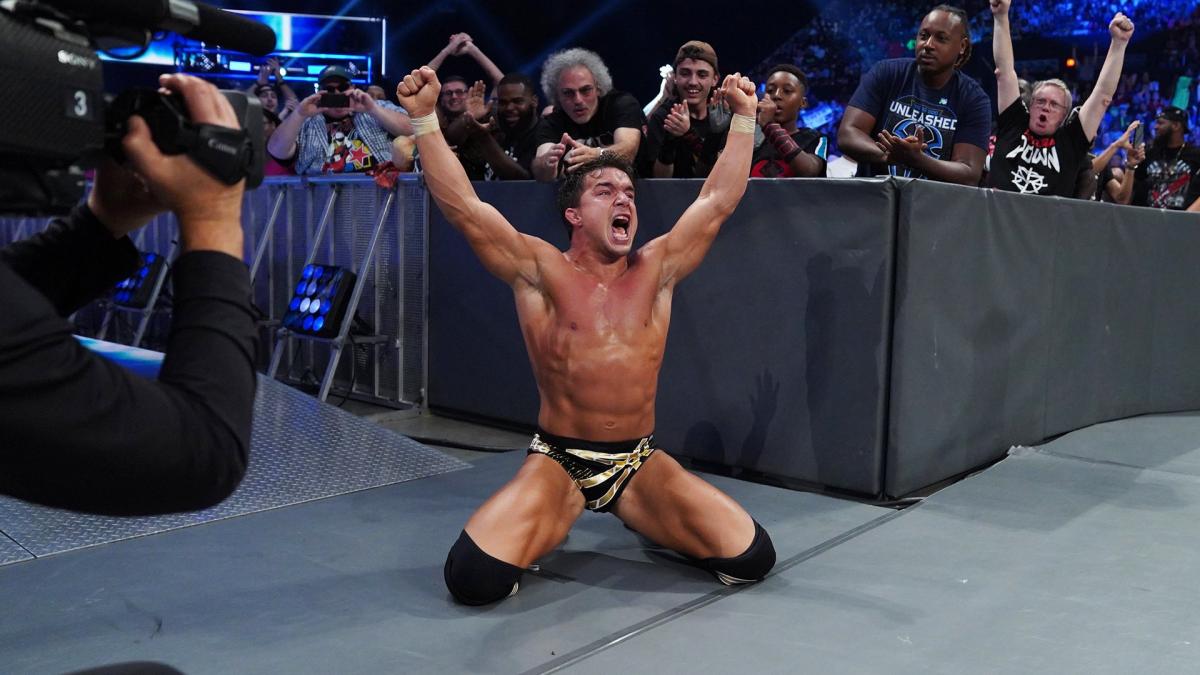 For the fans that grew up with pre-New Generation era WWF, one of the most exciting events of the year was King of the Ring. When that came around, it was exciting because of what came out of the buildup.

From the iconic feud of Bret Hart vs. Jerry Lawler, to establishing the legacies of Owen Hart, Stone Cold Steve Austin, and Triple H; King of the Ring was built on prestige that could change careers.

It is known all too well that King of the Ring jump started those aforementioned careers.  KOTR has also enhanced resumes for others. On the flip side, KOTR has seemingly dissipated over the years, from let downs to being treated as an afterthought by WWE. So it’s easy to see that fans are apprehensive about the outcome of the finals on Monday’s Raw.

It seems that all signs are pointing to Baron Corbin as the next KOTR. The heat he gets is a climax of Raw. Fans are tired of him in terms of the abundant attention he is getting. The pessimist would predict that WWE would absolutely crown Corbin as KOTR simply to get him what is called “nuclear heat”.

But what would be the point of it, when Corbin has already gotten a prominent role on WWE Raw? If fans don’t have enough reasons to boo Corbin as is; how is a KOTR win beneficial to him especially when he just challenged Universal Champion Seth Rollins over the summer at Extreme Rules?

Now that the negative is out of the way, the one great thing about WWE is that they have certainly capitalized on their leap of faith in 2019. Some of the best unexpected moments have happened this year, most notably Kofi Kingston’s WWE Championship win at WrestleMania 35.

Kingston was seen as the underdog, in a beautifully told story with Daniel Bryan throughout their feud. So with the example of Kingston in perspective, what are the odds of Chad Gable taking the crown this year?

Gable’s advancement to the finals of the KOTR is surprising considering the richness of talent that were in the tournament brackets. With more time spent of KOTR segments in recent weeks, it brings hope that something will come out of this when it’s all said and done.

But to say WWE takes a gamble, having Gable win KOTR will certainly help him in his singles career. Gable has the respect of WWE fans thanks to his natural wrestling talent that had taken him to London in the 2012 Olympic Games. With a background parallel to WWE Hall of Famer Kurt Angle, Gable’s resume is impressive.

Gable is no doubt the underdog in this KOTR tournament. Seeing the underdogs accomplish the impossible is a storyline that works, It makes their star shine so much brighter.

In addition Gable can benefit from the win and see pushes such as Kingston’s, or that of Erick Rowan. That’s not to say there’s nothing to stand on, but with King of the Ring’s past prestige, WWE can certainly make things right for his singles career should Gable be able to pin Corbin.