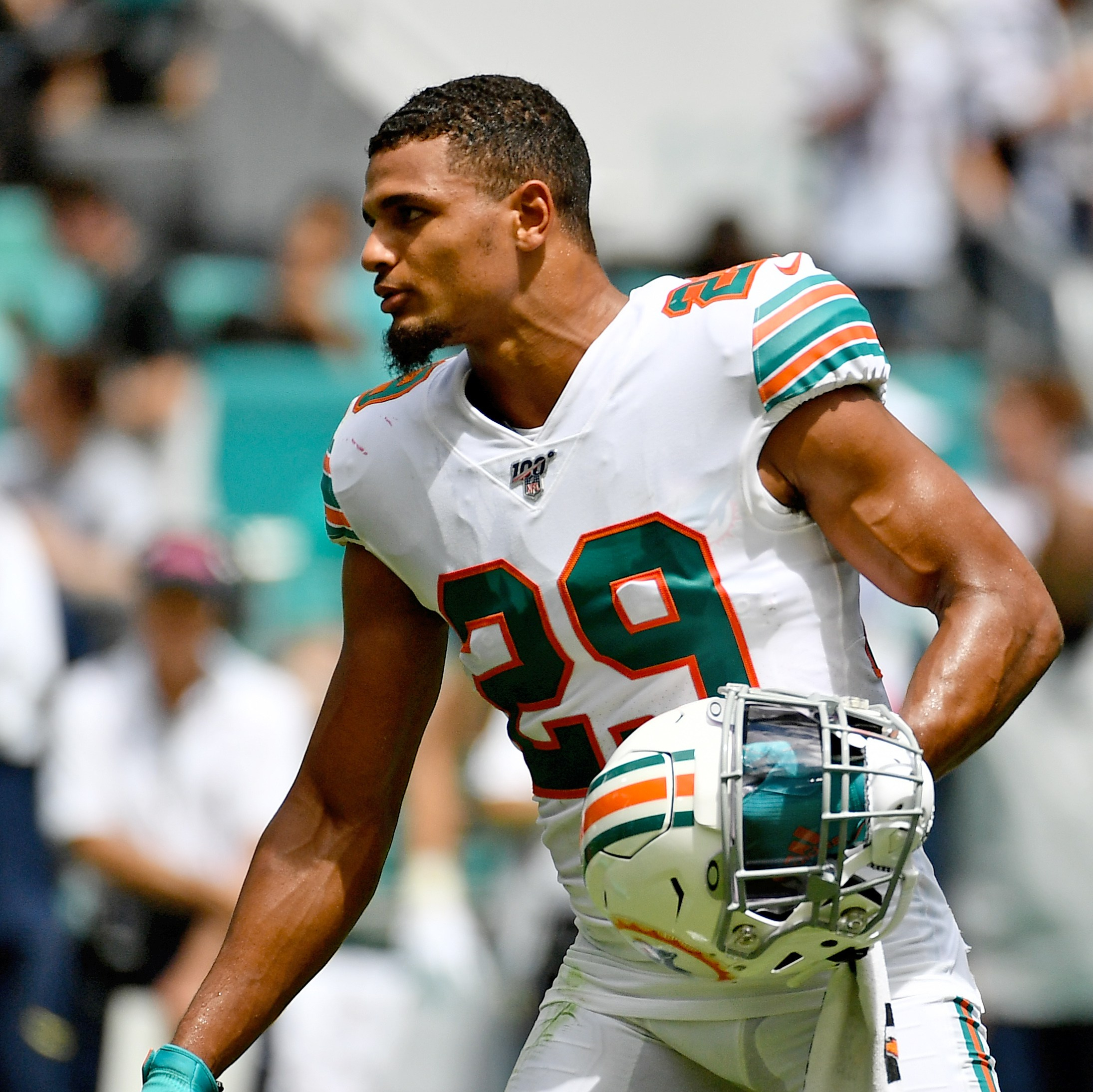 The Miami Dolphins traded safety Minkah Fitzpatrick to the Pittsburgh Steelers on Monday. It is an excellent thing that the editors of www.thesportsdaily.com has a rule that states writers need to put the first name of people in the headline, because when I first saw the report on other websites this morning and the first name was not included, I assumed the Dolphins traded quarterback Ryan Fitzpatrick instead.

At first glance, Steelers fans must wonder why their franchise is picking up a player from a defense who has given up a whopping 102 points in their first two games of the season for a first round draft pick? Well it should be noted that the Steelers have given up 61 points themselves. After the first two games of the season, only the Dolphins and Cincinnati Bengals at 62 points, have given up more points in the American Football Conference than the Steelers.

There is no doubt that the expectations were high for Fitzpatrick coming out of college and the famous program from the Alabama Crimson Tide. Minkah Fitzpatrick was the first round draft pick and 11th pick overall from the Dolphins in the 2018 National Football League Draft. He was also the first safety chosen last year as well and has some upside as he is only in his second year in the NFL.

Even though statistically Fitzpatrick put up solid rookie numbers last year (80 tackles), two interceptions and one pick six in a 41-17 Dolphins loss to the Minnesota Vikings on December 16, he felt disgruntled the direction the Dolphins were headed after an embarrassing 59-10 week one loss to the Baltimore Ravens. He had requested a trade and was traded a day after the Dolphins lost 43-0 to the New England Patriots.

Meanwhile, do not blame me that I thought the Steelers were interested in quarterback Ryan Fitzpatrick. It looks like the Dolphins are moving away from Ryan Fitzpatrick and towards Josh Rosen, who they acquired in the offseason from the Arizona Cardinals. Ryan Fitzpatrick has been very bad for the Dolphins in two games. In two games, he has completed 25 of 50 passes for only 274 yards (137 per game) and four interceptions. The Steelers also need a quarterback as Ben Roethlisberger is now out for the season after suffering an elbow injury in a 28-26 Steelers loss to the Seattle Seahawks on Sunday.