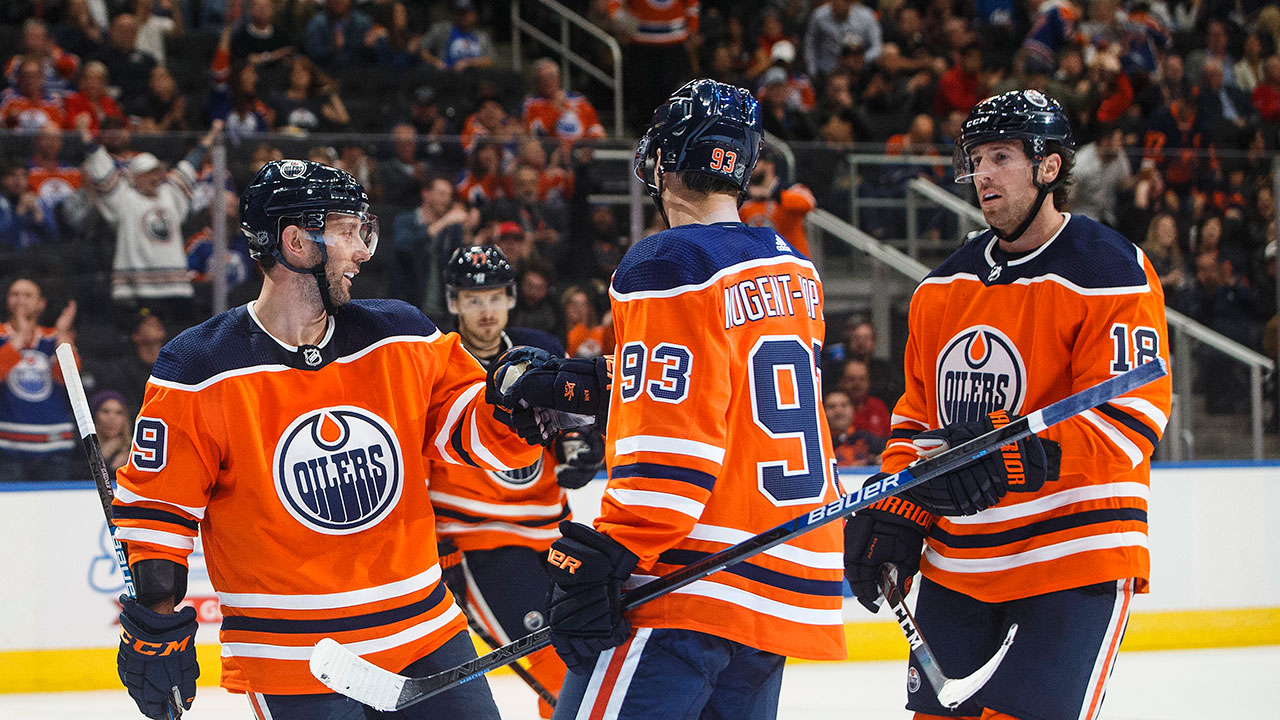 The Edmonton Oilers kicked off their preseason in perfect fashion. The club blanked the Winnipeg Jets 2-0 in front of the home crowd, with new veteran addition James Neal scoring his first goal as an Oiler.

The Oilers veterans looked exceptionally good, while some of the hyped young prospects stood out in a positive way. Here’s the morning after reaction from Edmonton’s first win of the preseason.

It was a solid night for the line of Sam Gagner, Ryan Nugent-Hopkins and James Neal. Both Neal and Nugent-Hopkins scored goals from in close, while the line was easily the best trio on the ice from either side. This is likely the second line for Edmonton on opening night. I thought Gagner looked solid on his off-wing, and his speed and skill could be a nice fit for this line. It was a solid debut for the trio. Expect to see them again on Thursday.

Joel Persson impressed in his Oiler debut. After a shaky first few minutes, Persson settled in nicely and showed the offensive skills that made him an appealing player in Sweden. He finished with a pair of assists, moved the puck well and assisted with the transition game. It was a solid debut for Persson alongside Oscar Klefbom.

Stuart Skinner made 18 saves in 33:36. He looked comfortable against a largely AHL lineup. Dylan Wells faced only seven shots in 26:24, stopping them all. These two will continue to battle for the backup job in Bakersfield.

Yes, it was a largely AHL lineup for the Jets, but Evan Bouchard really impressed in this game. The slick defenseman led the rush multiple times, looking confident in transition. His sublime passing stuck out again, and I thought he was in control all night. I still think a stint in Bakersfield will help him, but Bouchard added fuel to the fire of him making the roster. He looks good.

William Lagesson is more than just a shutdown defender. His puck skills impressed last night. He’ll be in the running for a depth job with the Oilers. My money is on him starting with the Condors, but an NHL cup of coffee is in his future.

I liked Joakim Nygard’s game last night. It was a little choppy, but you can see the speed and skill. Tyler Benson set up a few solid chances, while Colby Cave and Patrick Russell were grinding all night. This was a good showing for Cave.

Same cannot be said for Gaetan Haas. I thought he looked lost on the ice for most of the night. It’s clear he is still transitioning to the North American game. Alex Chiasson also struggled to my eye.

Overall this was a really good night for the Oilers. They dominated a skeleton-crew Jets team and saw positive arrows from some key players. That is exactly how you draw it up.

The Oilers will be in Vancouver tonight to take on the Canucks in preseason game two. Expect a vastly different lineup, one with less veterans. Among those I expect to see in the lineup: Darnell Nurse, Adam Larsson, Cooper Marody, Leon Draisaitl, Joe Gambardella, Tomas Jurco and Ethan Bear.

Check back later this afternoon for pregame coverage.