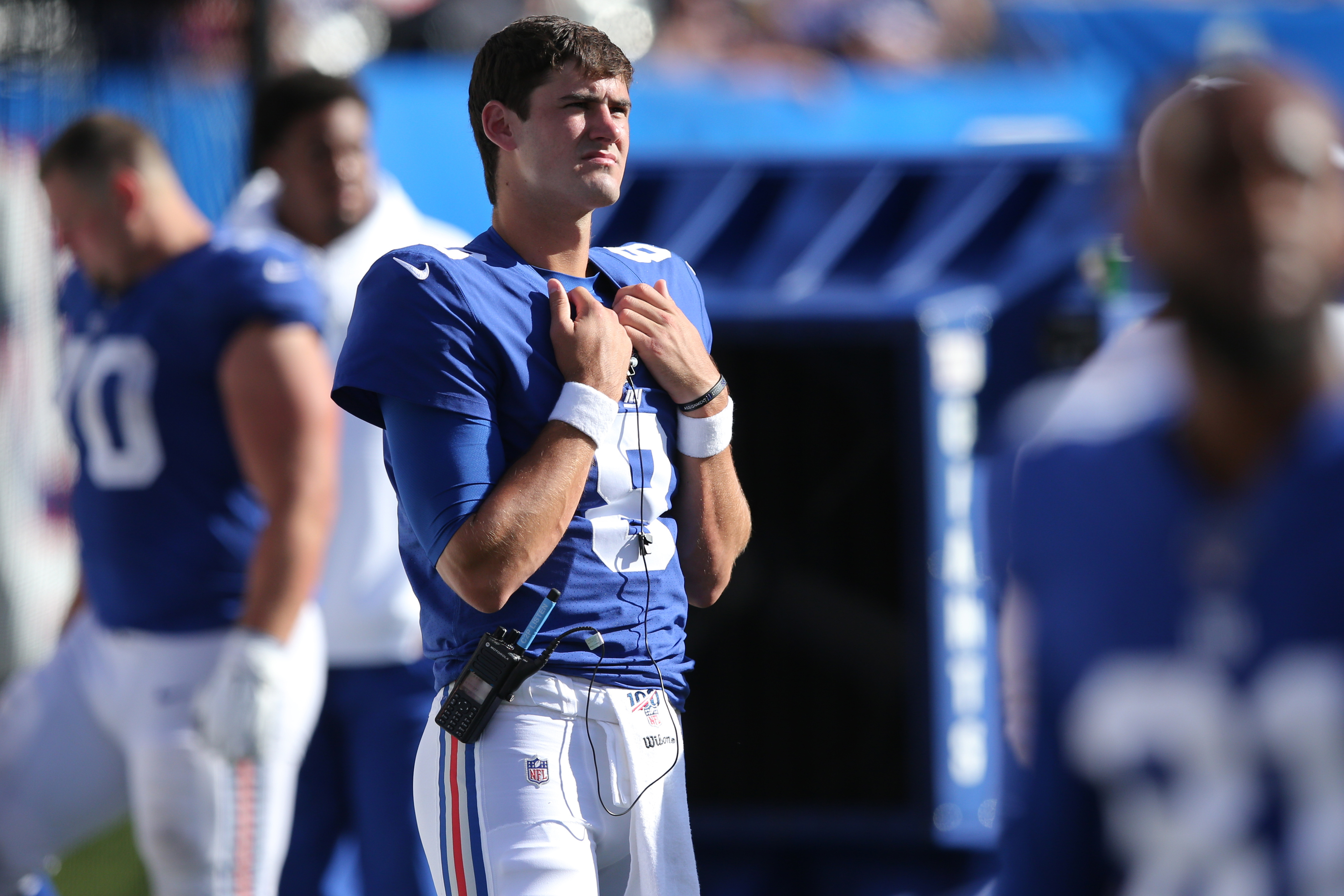 One day after Pat Shurmur declined to commit to naming Eli Manning as the starting quarterback for Week 3, the Giants head coach announced on Tuesday that Daniel Jones will make his first career start against the Tampa Bay Buccaneers on Sunday.

The decision to start Jones comes after two lackluster performances by Manning against the Dallas Cowboys and Buffalo Bills. The two-time Super-Bowl winning quarterback now heads to the bench where he’ll have plenty of time to ponder his future.

HC Pat Shurmur informed Eli Manning this morning of his decision to go with Daniel Jones."Eli was obviously disappointed, as you would expect, but he said he would be what he has always been, a good teammate, and continue to prepare to help this team win games,” Shurmur said.

Jones, the sixth overall pick in this year’s draft, dazzled in the preseason, but he’ll be going up against a Buccaneers defense that looked pretty good last Sunday against the Carolina Panthers. Still, most Giants fans would agree that the time to start Jones is now.

It will be interesting to see what comes of Manning. With so many quarterbacks going down with injuries early in the season, other teams around the league might be interested in a veteran signal-caller like Manning.