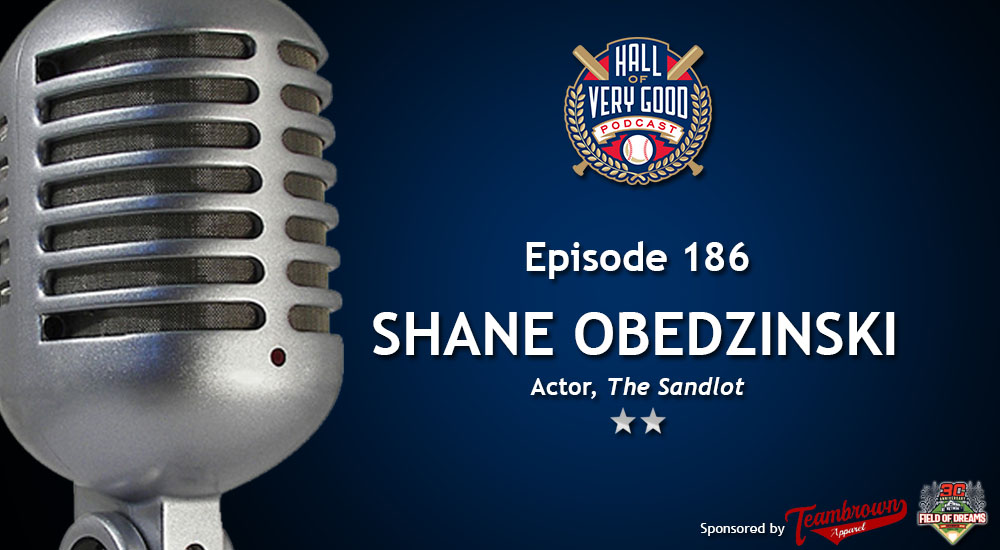 This week, Shawn Anderson and Lou Olsen are joined by Shane Obedzinski.

Hours before taking the field during the annual Team of Dreams celebrity softball game, “The Sandlot” actor talks to the boys about the excitement of riding the Budweiser bus, the rumors surrounding Steve Carlton’s RV and reprising his role of Tommy “Repeat” Timmons in 2020.

‘The Sandlot’ will return as a TV series with original cast members!

10 Behind-The-Scenes Secrets of The Sandlot

Revisiting The Sandlot: As it Stands Today

Most Of ‘The Sandlot’ Cast Got Out Of The Movie Business

Was a pleasure to be with @fodmoviesite this past weekend.@ChickenMan3010 is also one of the coolest dudes ever. The @HOVG gang were a blast as well. #sandlot #fieldofdreams #halloffamers#Iowa pic.twitter.com/jof4OyJPIE

This week’s podcast was brought to you by Teambrown Apparel and The Field of Dreams Movie Site.