Don't Overreact to Adam Haseley Quite Yet 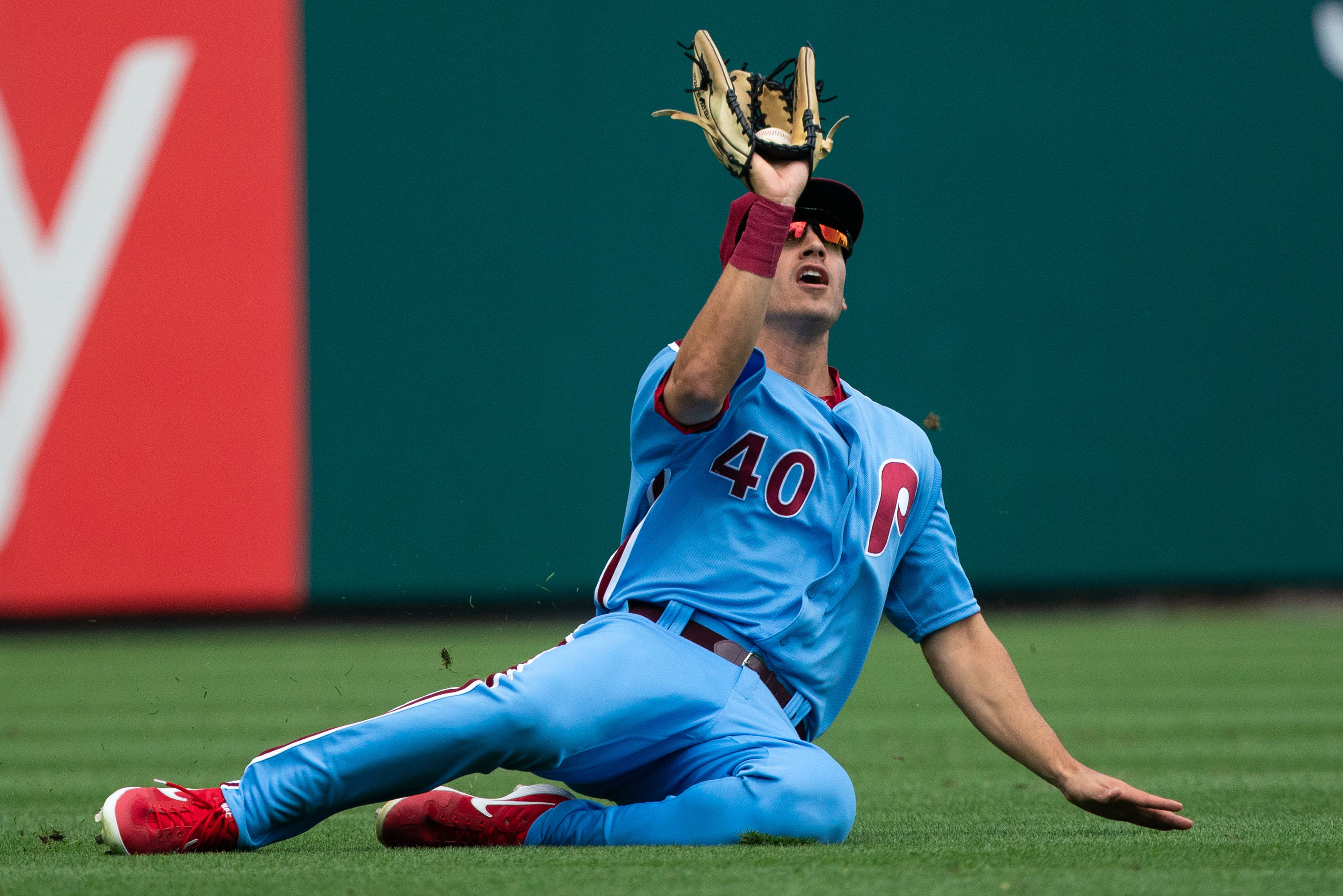 Don't Overreact to Adam Haseley Quite Yet

The past few MLB seasons have been the years to be a young star. Since 2016, there have been 13 rookies with a season fWAR over 3.5, and this year we have Pete Alonso, Mike Soroka, Fernando Tatis Jr., and Yordan Alvarez (Bryan Reynolds is also creeping up there). It seems as if it is every month there is a new rookie who is lighting up the stat sheet and making a highlight play after highlight play. That said, for the Phillies in 2019, they haven’t had a true “star” emergence (well, outside of Scott Kingery if you ignore that it’s actually his 2nd season).

Recently, however, Adam Haseley has played a larger role with the team since debuting in early June, and by now seems like the clear Rookie of the Year for the Phillies. That is certainly underwhelming to a point. While the division-rival Mets are celebrating their new slugger in the home run leaderboard race, Adam Haseley represents a very generic baseball player in as many ways as possible. He is not a player who came out of nowhere but was never one of the team’s most valuable prospects. No raw tools stand out in his game. Haseley’s numbers are around average, even in a small sample. Even his face resembles the combined face of every big leaguer. But, nonetheless, Haseley has drawn some attention as of late.

Despite not building name recognition at the rate of Aristides Aquino, Haseley has panned out so far for sure. At only 23 years old, the left-hander has posted around league average numbers (95 wRC+) at the plate. He has been able to fill in a position that the Phillies desperately need to find a long-term solution for, especially if Scott Kingery settles down in an infield spot. And what has been most impressive so far has been his defensive highlight reel, which wasn’t expected to be filled quite like this so early in his career given his scouting reports.

Overall, Haseley has been worth 1.6 bWAR (the most favorable of the 3 most popular WARs) over his first 54 game sample. That means over a full season, he would be projected to have nearly 5.0 wins above replacement, which is not all that far from an All-Star level. This is all being done in his first stint in the majors without consistent playing time. Tons of players fail in those circumstances, and to see a former first-round pick who has succeeded at every level do this certainly points to a successful career in the future, especially if his skillful ability to make contact shows more in time like it did in his minor-league career.

First, let’s focus on Haseley’s defense. This has been the key to his great season and the attention he has been given. It’s certainly true that his defense has been impressive so far. Haseley currently holds 12 DRS, a 14.3 UZR/150, and 3 OAA. Over a full season, those rates may put him in a serious conversation for a Gold Glove. But, it’s important to remember that they are not held over a full season. For starters, defensive metrics typically aren’t worth putting much stock in under less than half of a season. It typically takes a lot more innings for those numbers to become reliable predictors for the future.

Haseley is especially hard to buy into the fact that he can be an elite defensive asset for the Phillies. The team clearly has the corner outfield position settled for 2020 with Bryce Harper, Andrew McCutchen, and Jay Bruce. That means the only spot for Haseley would be center field, where he doesn’t fit perfectly. While his defense has been great so far, a lot of that has to do with great reaction timing, but in center speed matters much more than in corner positions. While Haseley is not slow, his sprint speed of 27.9 mph is not elite. Statcast’s “Burst” defensive metric shows how much ground he covers after the initial jump. That is the worst component of Haseley’s defense so far this season, showing that he likely fits better in a corner outfield position than center.

On the offensive side of things, his overall production also may be overstating how he has actually swung the bat. As of the 18th of September, Haseley has a .263/.333/.415 slash line, which is not great but also not bad. However, in reality, Haseley should probably be happy to be where he is right now. Despite being known as a tough-to-strikeout hitter, that has not exactly been the case so far. The lefty has struck out an above-average 25.4% of the time. He has also only made contact with 51.6% of pitches that he has swung on outside of the strike zone. No player with at least 150 PAs on the 2019 Phillies has a lower rate. His SwStr% is higher than the league average at over 13% as well, suggesting that he just has not done a good job of making contact with pitches and could continue to see strikeout problems.

In terms of the quality of contact, the results have not been very special. While the power numbers have not been too bad so far for Haseley, the underlying numbers suggest otherwise. For one, Haseley has been hitting over 55% ground balls, a very high mark. A high IFFB% (infield fly ball rate) also doesn’t help, but somehow he still has a high BABIP of .339. His Barrel% is below average at 4.1% and his xwOBA is troublesome at .278, well below his actual wOBA.

This suggests that Haseley should drop down from an average hitter to well below average. Right now, Steamer projects his rest of the season wRC+ to be 81, which for a team in need of a big run, is hard to justify even playing. His defense has been great, no doubt, but there’s little chance that it does not come back down to earth as the season goes on. So ultimately, as fun as it has been to see a rookie succeed, it does not seem as if the Phillies have someone to trust right now in Haseley.

However, that does not mean that you should give up on him, either. He is a rookie with only about 50 games played in his career and hasn’t even had consistent playing time yet. For a former 1st-round pick who has hit at every level, there’s no way any team would have this short of a leash on him. The Phillies will need to find an option in center field for 2020, and Haseley should certainly be in the conversation. However, he may still need to find ways to improve like Kingery has in his 2nd year because as of now his performance does not seem repeatable.