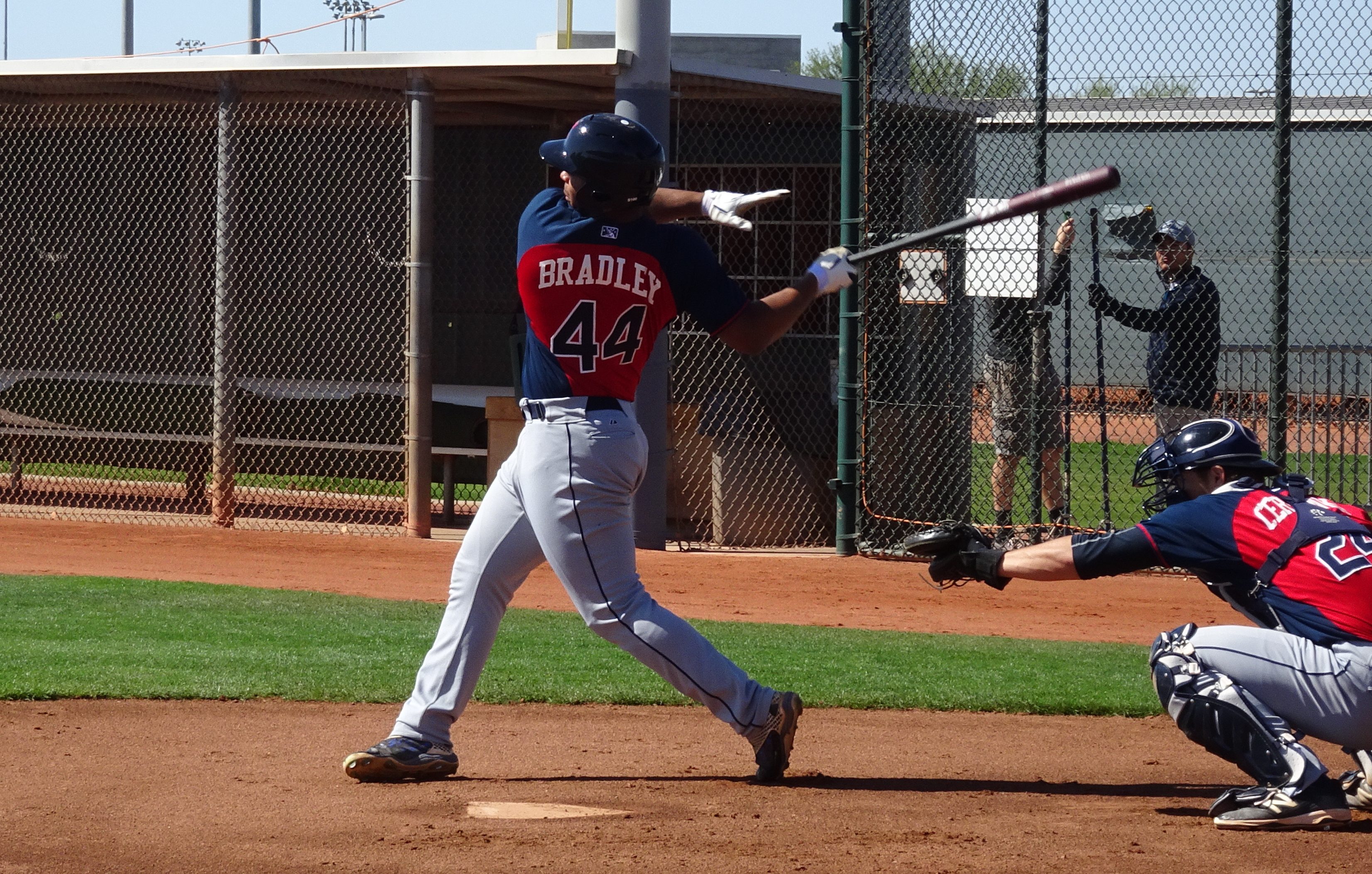 The Columbus Clippers just wrapped up a successful 2019 season, going 81-59 over the regular season and winning the International League West by 15 games. In the postseason they beat the Gwinnett Stripers and Durham Bulls to win the International League Championship and their eleventh Governor’s Cup. The team also competed for the AAA National Championship Tuesday night, taking on the Pacific League Champion Sacramento River Cats, the San Francisco Giants’ AAA affiliate (when this article went to press, Columbus was losing 3-0 in the fifth inning).

The big takeaway from this season is that the Indians’ front office found success in its quest to replenish the upper levels of its farm system. We saw swifter movement of prospects through the farm system as a whole, giving Clippers’ fans a chance to watch real major league baseball prospects compete at Huntington Park in Columbus this summer. Due to the rash of injuries and ineffective veteran play to start the season, prospects such as Zach Plesac, Aaron Civale, and Oscar Mercado made only brief stops in Columbus before heading north on I-71 to join the Indians.

Bobby Bradley takes MVP honors for the 2019 Clippers. The powerful first baseman led the International League in home runs, hitting 33 dingers, 23 doubles, and collecting 74 RBI over 107 games. Bradley had a fifteen game stint with the Indians mid-season, where he hit his first major league home run. After returning to the Clippers he slumped a bit, but he still finished the season hitting .264/.344/.567. Bradley also played a more than respectable first base, finishing the season with a .988 fielding percentage, committing nine errors over 98 games.

The one glaring issue in Bradley’s game remains his strikeouts. He whiffed 153 times in 402 at-bats this season, compared to only 46 walks. Such is the life of a slugger like Bradley, and the runs he produced with his big bat this season helped propel the Clippers to a successful season and playoff run. For his fine performance Bradley was named an International League Postseason All-Star, an award selected by managers, coaches, media, and clubs representatives.

Catcher Eric Haase was also named a Postseason All-Star. Haase nearly matched Bradley’s home run totals, hitting 28 dingers of his own while throwing out 42% of would-be base stealers. While Haase put together another fine season for the Clippers, the MVP runner-up was right fielder Daniel Johnson. Johnson, after coming over from Washington’s organization in the Yan Gomes trade last offseason, put together a stellar season for the Clippers. After starting the season a bit slow offensively with the AA Akron RubberDucks, Johnson came on quick once promoted to the Clippers. In 84 AAA games, Johnson hit .306/.371/.496, while hitting nine home runs, 27 doubles, and plating 44 RBI. Johnson added six stolen bases for the Clippers, and played an outstanding right field throughout the season. Although Johnson also logged time in center and left, his strong arm projects best to right field. If the Indians give him a fair chance next season, he has a real shot of being the major league club’s everyday right fielder in 2020.

Perhaps no one had a more surprising or impressive 2019 than OF Ka’ai Tom. For the past few seasons Tom had proven no more than a mediocre prospect, meandering his way through the Indians’ farm system. This season, healthy and focused, Tom figured things out. In 81 games with AA Akron, Tom hit .285/.386/.512, and slugged 14 home runs to earn a mid-season promotion to AAA. With Columbus, Tom provided a spark at the top of the lineup and put everyone on notice that he’s coming for a major league job in the near future. Over 51 games with the Clippers, Tom hit .298/.370./564, with nine home runs, 15 doubles, and 44 RBI. Tom is also an exceptional outfielder. He has great range and makes dazzling plays from anywhere in the outfield. This was especially on display during the postseason, where Tom robbed many Gwinnett and Durham batters of extra bases on his way to earning International League Playoff MVP honors.

Veering away from the Clippers’ outfield, 2B/3B Mark Mathias locked down the Clippers’ infield this season, and in the process produced his finest offensive season to date. Mathias hit .269/.355/.442 in 115 games for the Clippers while slugging 12 home runs, 31 doubles, and 59 RBI. Mathias’ defense was both elite and reliable. He did not commit an error in 52 games at 2B, and committed 5 errors in 47 games at 3B.

As for pitching, a few bullpen gems shone the brightest. Anyone closely following the Indians has heard of James Karinchak by now. He’s the hard throwing righty with the hammer curve ball who has just been called up to the majors for the final push for the playoffs. Prior to coming to Columbus earlier this season, Karinchak pitched in 10 games for Akron, where he went 1-1 with a 0.00 ERA. That included 24 strikeouts in 10.0 innings pitched. Karinchak suffered a hamstring injury shortly after his promotion to Columbus. He struggled a bit when he first returned to action, but it was clear he was not long for the minors. In 17 games with the Clippers, Karinchak fanned 42 and walked 13. The Clippers may have seen the last of him if he can limit his walks for the Indians, as he has the back-of-the-bullpen stuff that should make major league hitters look silly for seasons to come.

Little video montage of #Indians prospect RHP relief prospect James Karinchak who was just promoted from (AAA) Columbus. Karinchak is set to join the big league club on Friday for the series vs the Twins.@jkarinchak21 #RallyTogether pic.twitter.com/GgVz8qpNQK

Chang hits for the Desert Dogs against the Javelinas in Glendale during the 2018 season. – Joseph Coblitz, BurningRiverBaseball

Infielder Yu Chang started the season off poorly before hitting the injured list with a finger sprain. Chang spent a considerable amount of time on the injured list, but once he returned to the lineup he caught fire. Chang raised his batting average, which was hovering around the Mendoza Line pre-injury, to .253. Before getting the call-up to Cleveland once Jose Ramirez was injured, Chang hit 9 home runs and slugged 39 RBI in 68 games. Although much of the season was marred by injury, Chang played well enough to get an extended look with the Tribe to close out the season.

Several relievers made their way to Columbus this season, all showing signs of promise for the future. Side-armer Nick Sandlin was moving through the farm system like a freight train until injury derailed most of his season at the end of June. Cam Hill made stops in Mahoning Valley and Lake County before pitching 21 games for Columbus, and he appears to be healthy with upside. Lefty Kyle Nelson pitched for Lynchburg and Akron before finishing the season with the Clippers. In 11 AAA games he went 2-0 with a 2.25 ERA. Jared Robinson dominated for Lynchburg and Akron before being promoted to Columbus. He was up and down in 10 games with the Clippers, but the 24-year old converted starter showed promise out of the bullpen.

Finally, starter Michael Peoples put together a solid season for the Clippers, going 10-6 with a 3.98 ERA over 22 starts. The 28-year old righty may not be a top prospect, but he helped anchor a starting pitching staff that was inconsistent for much of the season. Scott Moss and Logan Allen are left-handed starters who joined the rotation late in the season after coming over in the Trevor Bauer trade. Both showed promise and could help an Indians rotation which lacks a lefty.

The Clippers started the season with hope that right-handed starter Shao-Ching Chiang could help anchor their rotation. Instead Chiang struggled, pitching to a 9-9 record with a 5.15 ERA over 26 starts. As the injuries mounted on the major league pitching staff, Chiang was bypassed again and again for pitchers with less minor-league experience, such as Zach Plesac and Aaron Civale. While it is true that a team can never have enough pitching, one has to wonder what future Chang has with the Indians’ organization beyond this season.

When Henry Martinez received an invite to major league spring training, many wondered if he and his 100-mph fastball could be groomed as the Indians’ closer of the future. Unfortunately, the season did not play out as many hoped. Martinez can throw hard, but his stuff lacks movement and he has not perfected a secondary pitch. The result was too many hits by opposing lineups, which turned into runs. After a demotion to AA to work on his stuff, he ended the season back with the Clippers. But by then other relievers by-passed him on the reliever “depth chart.” As the Indians will likely look to re-vamp their bullpen over the offseason, Martinez may be the odd man out.

Papi stands in at the plate during a 2017 MiLB Spring Training game. – Joseph Coblitz, BurningRiverBaseball

Outfielder Mike Papi was once a first-round pick and an All-American hitter out of the University of Virginia. But his bat has not developed in the Indians system. This season, the 26-year old hit only .202 with no home runs in 27 games before losing his season to injury. With the sudden gluttony of outfield prospects in the Indians system, and specifically the emergence of Tom and Johnson, it is not clear what Papi’s role will be with this club moving forward. Time may be running out for him as the 2019 season draws to a close.

Most Likely to be a MLB Hitter: Johnson

Most Likely to be a MLB Pitcher: Karinchak