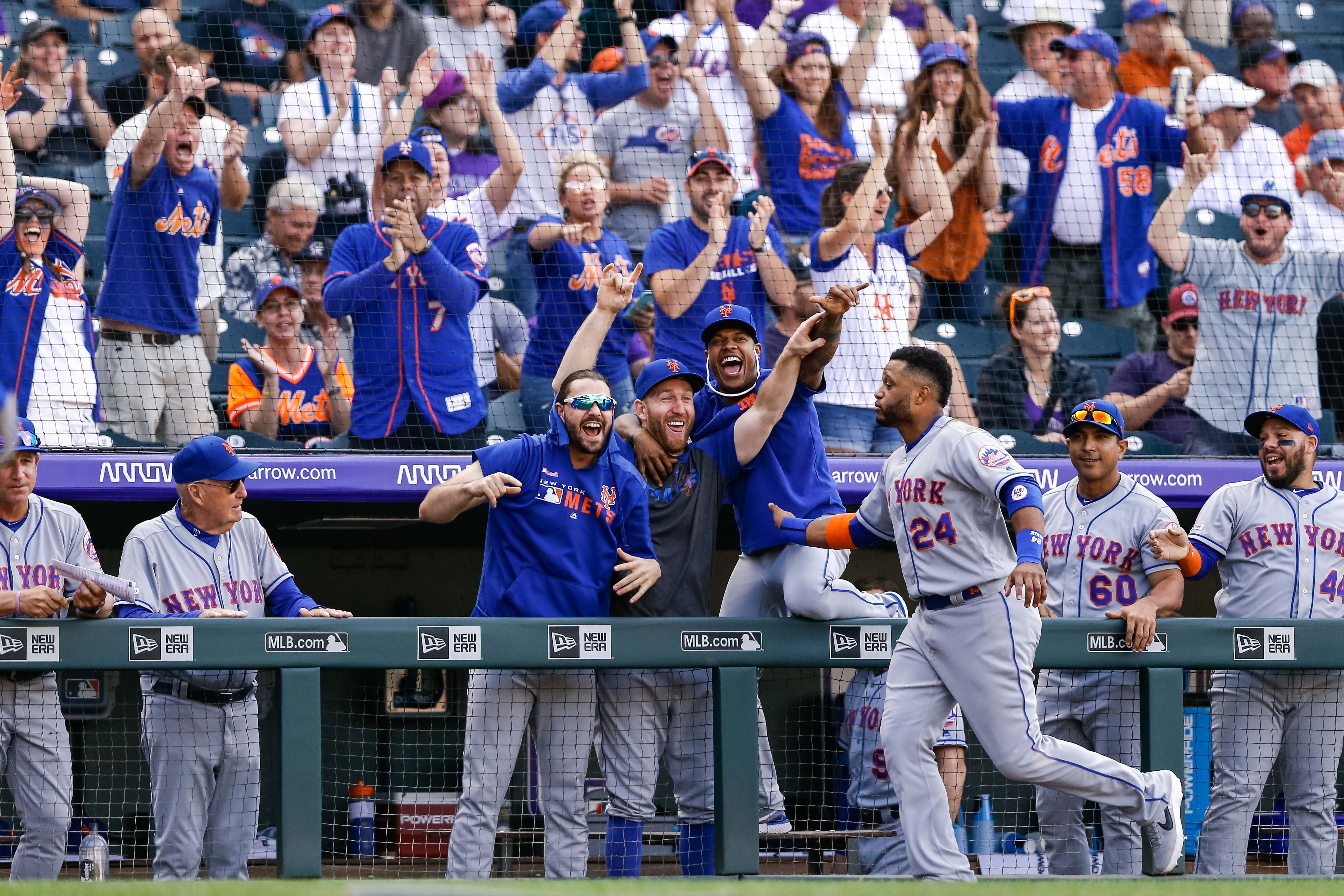 I only mention this because until the top of the ninth, the Mets tilt against the Rockies reminded me of one of those sad cheeseburgers that you get in the restaurant where the picture of the cheeseburger looks so much more delectable than what you get in real life. Squished bun, thin patty, cheese that looks like it only melted because it was pressed up against the thin meat and the squished bun … that was Wednesday’s game for eight innings.

“Well, you got the catcher you wanted … but you got him in Colorado so good luck with that.”

You had Noah Syndergaard’s ballyhooed start with Rene Rivera catching him. The identity of the catcher is going to make news with Noah the rest of the way, along with his results. The results today in Colorado? Not great … four runs in five and 2/3’s, ten hits and six strikeouts. It was a sad cheeseburger outing if I ever saw one. And it was one which might spur him to see a television shrink.

Noah Syndergaard referenced @DrPhil in talking about "a mental block" involving his slider.

In bullpens, it feels good and is 93 mph. In games, not so much.

"It’s been the same issue for the entire year. I don’t know what it is. Dr. Phil or something can help me out with that."

Tell us about your mother?

For Rivera’s part, he had an eventful sixth … and not for the good. He struck out with the bases loaded in the top of the sixth (could Handsome Art Howe have pinch hit for him with Ramos with the bases loaded? Hmmmmmmmmmaybe!!!!) And then in the bottom of the inning, he failed to throw out Garrett Hampson stealing second on a pitch out, he failed to throw the ball at all when Hampson stole third, and then after that runner came home on a Raimel Tapia hit, Tapia went to third when Rivera was charged with a passed ball on a strike. Not the best inning in the world for The Raging One.

Brandon Nimmo then ended the 7th inning by getting doubled off first base on a fly ball to left when he was looking at the second base umpire instead of the play in front of him. It was one of those unfortunate events that made you think that this game wasn’t going to be in the cards. Just … sad.

But then the ninth inning came and this game was about to go from McDonald’s to Bubby’s. (If you’ve never heard of Bubby’s, 73 Gansevoort. You’ll thank me later.) Jairo Diaz led off the ninth by walking Ramos, giving up a single to J.D. Davis who took advantage of the hole on the right side as Juan Lagares pinch ran for Buffalo. Then Diaz gave up a single to Nimmo to tie the game and then walked Jeff McNeil. You would have thought Jairo Diaz was Edwin Diaz the way he was going, so Bud Black brought in Joe Harvey out of the bullpen and he made like Matt Harvey from when he was coming out of the bullpen.

Pete Alonso, who hit his 49th home run earlier in the game and is only now reaching Reno, walked to tie the game. then Robinson Cano comes up with Seth Lugo, who pitched the eighth, up next. But with the bases loaded, Joe Panik comes out on deck in an attempt to … well I don’t know what it was an attempt to do because with the bases loaded, it wasn’t like they were going to walk Cano intentionally, right? So all putting Panik on deck really did was scare the rest of us to death thinking that Edwin Diaz was going to be allowed to close a game in Coors Freaking Field.

But Cano hit into a double play to bring home the sixth run and Handsome Art Howe ended the charade and let Lugo bat for himself.

I’d say that was the right move.

Lugo closed the door on the Rockies to finish off a come from behind 7-4 win that looked like McDonald’s for eight innings, but finished like Bubby’s. And for a dessert that goes down smooth, the Brewers and Cubs both lost. (Though if you’re at Bubby’s you should make the biscuits the companion to your burger.) Three back, ten to play with the Brewers, Cubs, and Phillies all in action today. Here’s hoping that three course meal is more like Thanksgiving and less like being sad and alone eating room service while being snowed in.