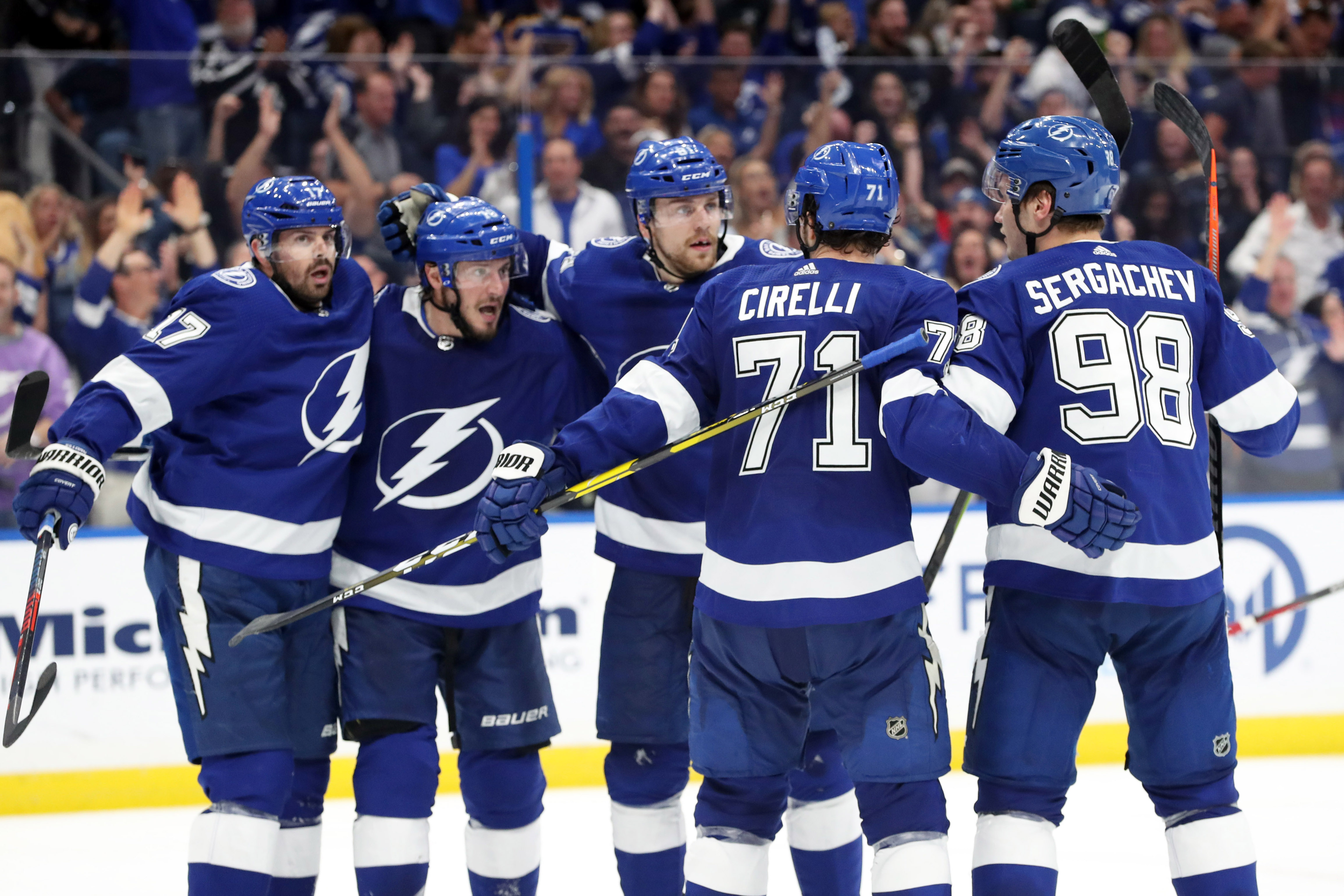 After a Presidents Cup, regular season (128 points) and a stunning first-round defeat at the hands of the Columbus Blue Jackets, the Tampa Bay Lightning are back and better than ever. They are incredibly talented up front, solid along the blue line and have the best goaltender in the league. Best of all, they are seeking redemption.

“We have the structure in place to be successful,” Bolts captain Steven Stamkos summed it up. “We’ve had some really good playoff runs in the past. We had a really good regular season and it didn’t translate into playoff success.”

The Lightning reached the 2015 Stanley Cup Final and advanced to the Eastern Conference Final in 2016 and 2018 but has not won the Cup since 2004.

If you add unsigned RFA Brayden Point‘s contributions of  41 goals, 92 points, 20 power-play goals, and 7 game-winning goals to the mix, the Bolts offense is frighteningly good.

“I don’t have a precise timeline,” GM Julien BriseBois said July 29. “I feel very optimistic … [Contracts with players like Point who don’t have arbitration rights as Group 2 restricted free agents] are just a little more complicated to get done, and the deadline to get something done is essentially the start of training camp.”

Returning forwards Tyler Johnson, Yanni Gourde, Ondrej Palat, Mathieu Joseph and Alex Killorn will be included in the top nine. Look for free agent Pat Maroon to make his mark also. Look for the 6’3″, 225 lbs. Maroon to score 10 goals and contribute 28 points while having a physical presence. Sounds like the departed Ryan Callahan or Adam Erne,

Forward Brayden Point is holding out but no one seems too worried,

“I can’t tell you when this will end, but I can tell you it has not been contentious,’’ Lightning general manager Julie BriseBois said. “It’s just a process, and sometimes the process takes longer.’’

Twenty-five year old, Vezina Trophy winner Andrei Vasilevskiy will be between the pipes for the Lightning with free agent   Curtis McElhinney will back Vasy up. Vasilevskiy will win 40 games, earn a 2.38 goals-against average and will have a save percentage near.930,

With an embarrassment of riches upfront including the reigning MVP, a strong and solid group along the blue line including a former Norris Trophy winner, and the Vezina Trophy holder between the pipes, the Tama Bay Lightning are poised to win their second Stanley Cup. Barring a major, long term injury to goalie Andrei Vasilevskiy, the Lightning will cruise into the post-season and win the Stanley Cup. Book it!