Tom Blazes his way to career year in Columbus 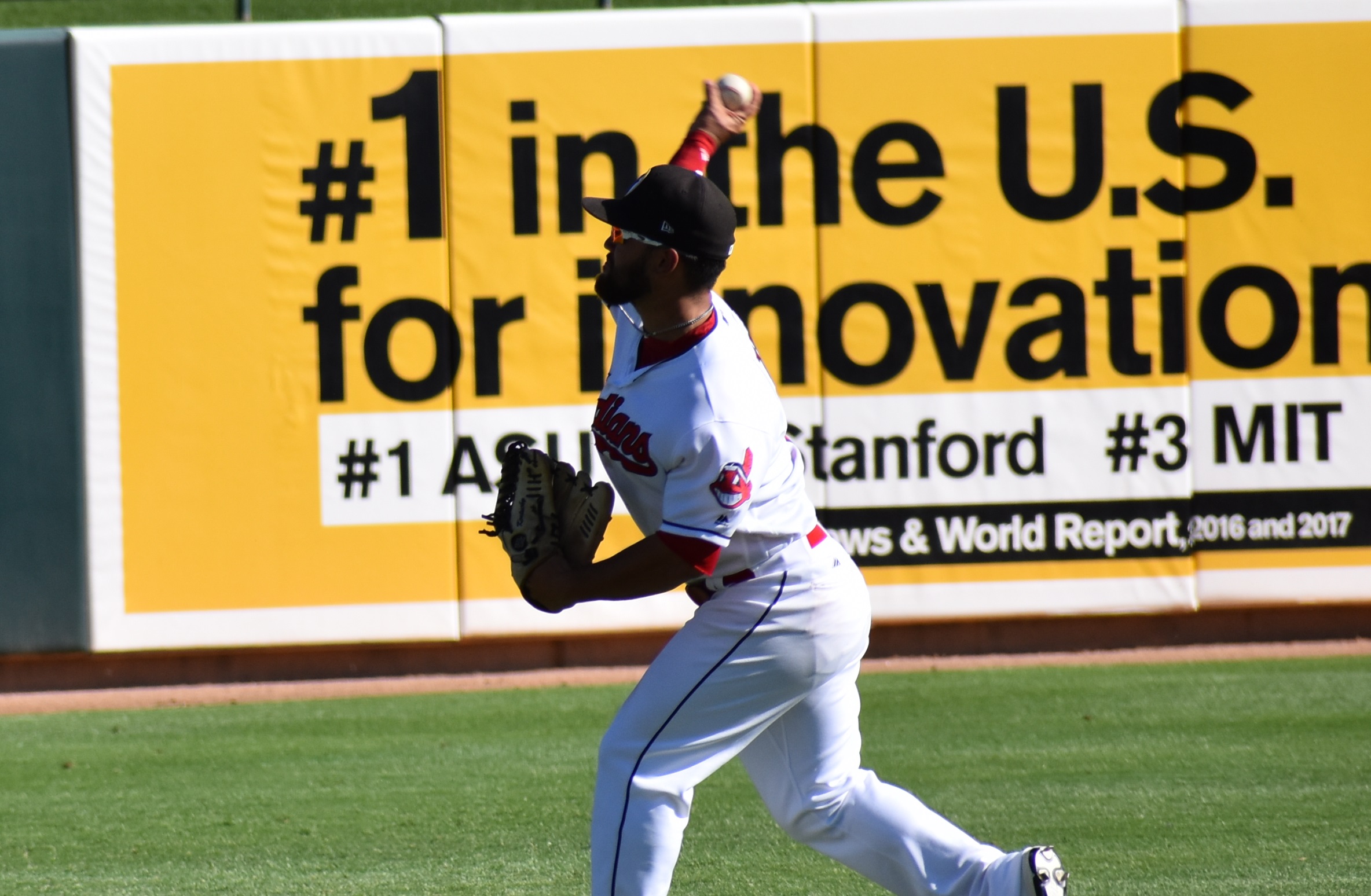 Tom Blazes his way to career year in Columbus

On Monday, BurningRiverBaseball published the list of minor league award winners for the Indians farm system and there may have been a surprising name for top overall hitter. Selected as the Indians top offensive performer in 2019 as well as the best overall right fielder and most improved hitter was Blaze Ka’ai Tom of the Columbus Clippers. On Tuesday night, Tom and the rest of the Clippers played against the Sacramento Rock Cats (Giants AAA) for the AAA championship after besting Durham for the Governor’s Cup (International League title).

Tom has flown under the prospect radar for his entire career, but maybe it’s time we adjusted our sights. This year in AAA, Tom was just one of three position players to get into at least 30 games without ever playing in the big leagues (along with Mark Mathias and Daniel Johnson). He doesn’t hit home runs like Bobby Bradley or steal bases like Oscar Mercado, so his stats may not jump off the page as obviously as some, but what he managed to do was come in second on the team all three slash stats (.298 AVG and .386 OBP, both behind Johnson and a .564 SLG, just behind Bradley) while providing exemplary defense in all three outfield positions.

Things had picked up slightly during the last week of April with three multi-hit games, but May 5th marked the real beginning of his hot streak with two hits including a triple. This lead into a hot streak that would last through the end of his time in Akron as he went .338/.438/.627 over his final 56 games with 13 home runs and 11 doubles, reaching base in all but three games over this span. He walked 39 times to 42 strike outs in this period, an example of his proficiency at extended an at bat.

This hot streak extended to Columbus following his July 5th promotion and he ultimately took his hitting streak from Akron to 16 straight games. He would have just seven hitless/walkless games during his 51 game season in AAA. Despite gaining the benefit of a more home run friendly baseball and more home run friendly park, Tom’s home run numbers didn’t increase although his slugging percent did. Instead of changing his approach from line drive to fly ball to take advantage, he continued to rake balls to all fields and increased his rate of both doubles and triples, ending with 15 doubles, four triples and just nine home runs in AAA.

This is not to say that Tom doesn’t have the ability to break out the long ball when he needs one. You may have noticed there’s one silly dot on the chart above that seems to be a mistake to the upper right. It may have been a mistake by the pitcher, but certainly wasn’t one by Tom or the nice people at Baseball Savant.

Ka’ai Tom just demolished a two-run homer OVER the scoreboard! Veleros take a 4-3 lead on the fourth!#ThisShipRocks⚓️ | 🔊: https://t.co/BjrZKMp4qf pic.twitter.com/NG4rlYSn9C

This home run came with Columbus down one and Johnson on base, allowing the Valeros to take home the 4-3 win. If you believe in clutch, then this was that. He continued his clutch performance throughout the play-offs where he had a seven game hitting streak that included every game of the two rounds of the International League play-offs. In fact, there was only one game that Tom didn’t reach base more than once (9/5 vs Gwinnett). After hitting two home runs in the regular season final against Durham, Tom kept his power stroke going in the post-season with one more against Gwinnett in the finale of the first round, then two more in the three game series against Durham. In the seven games, he had six RBI and eight runs scored on 13 hits and three walks.

In addition to his offensive work, Tom appears to have improved significantly defensively. Having last seen him in person in 2017 when I considered his first step poor and his overall range lacking due to that, it has been a pleasant surprise to see videos like the one to follow:

Ka’ai Tom keeps this game scoreless on a diving catch with the bases loaded in the bottom of the second! #ThisShipRocks⚓️ | 🔊: https://t.co/BjrZKM7t1F pic.twitter.com/FGSFtbRiSo

He has made these spectacular type of plays in all three outfield positions with the focus on making the out over his personal safety. We’ve seen where this can be detrimental to a player (there’s no need to look beyond Tyler Naquin‘s ACL shredding catch against Tampa Bay earlier this year), but it is a great example of the type of winning attitude necessary to make it in baseball.

While this is generally just an appreciation post for his incredible 2019 season, with any player in the minors, there always must be a discussion of his future. Over the years, the Indians have have seemed to make up their mind on position players by the time they hit AA. Players like Naquin and Bradley Zimmer seem to be rushed through, while the Mike Papis (just finished his third year in Columbus) of the world play out their years of control without ever getting a real look and the Brandon Barnes types get added on one year deals to fill out the roster.

With this season, Tom may have elevated his status from the next Papi (or Carlos Moncrief, does anyone remember Chad Huffman?) to the next Tyler Holt. This is not meant to be an insult, but maybe a dose of reality. Holt had a chance in two seasons in the big leagues and couldn’t make it work. Tom has earned at least that much of a shot next year.

Tom will turn 26 mid-season next year and has already spent five seasons in the Indians system, meaning he has two more years of control before he hits MiLB free agency. He hadn’t been fast tracked up to this point as he had never had a season like this one, so he is already fairly old for a prospect. All this could add up to an invite to MLB spring training camp in 2019 which should allow him to show off in front of Terry Francona, something that has made a difference in the careers of a few players. If he can play anywhere near the level he did in 2019, he will certainly open a few eyes.