Washington Mystics outlast Las Vegas in back and forth Game 1 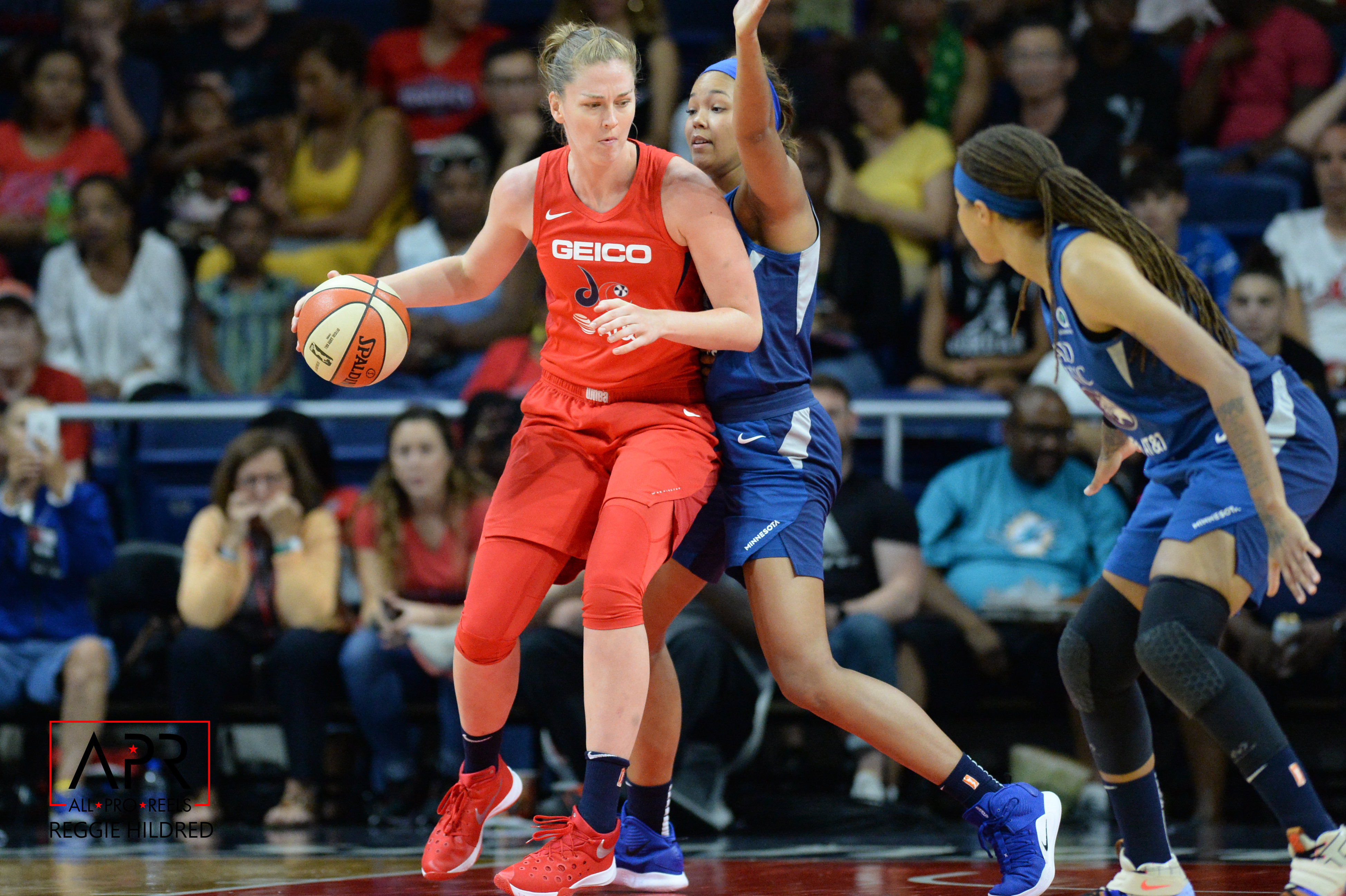 Washington Mystics outlast Las Vegas in back and forth Game 1

The Washington Mystics had one of the best regular seasons in WNBA history with an astounding 26-8 record. They came into Tuesday night’s Game 1 on a six-game winning streak including 10 at home where they routinely dominated their opponents to double-digit victories. That would not be the case in their fourth matchup with the Las Vegas Aces this season.

“No, it’s playoffs,” forward Ariel Atkins said when asked if it was different to be in such a close game. “When you get to this type of basketball, it’s a different type of basketball. Less calls, more physicality, you got to be more focused, more locked in. There ain’t going to be no blowouts.”

Like two heavyweight boxers, the Mystics and Aces traded runs in a fun and entertaining series opener. Washington went up by 11 in the first quarter, but Las Vegas responded with an extended 33-15 run. The home team erased a 7-point halftime deficit by starting the third quarter on a 7-0 run. The Mystics built up a 13-point lead midway through the final quarter before the Aces rattled off a 14-3 to draw to within two.

After Elena Delle Donne missed a tough 8-foot jump shot with 4.5 seconds to play, Kelsey Plum got the ball from Liz Cambage after the rebound and pushed up the court. She tried to stop on a dime to draw a foul call on Delle Donne who was trailing the play but the whistle did not blow as the buzzer went off and Plum’s 16-foot floater clanked too hard off the glass. Washington escaped victorious, 97-95. After the game, an irate Aces head coach Bill Laimbeer seemingly shouted at the officials from midcourt, not for the non-foul call, but for not granting his team a timeout in the final seconds.

“I’m surprised they didn’t call a timeout,” guard Natasha Cloud said about the Aces’ final possession. “I think with having the homecourt advantage and our crowd being so loud, I don’t know if the refs heard Bill [Laimbeer], but it played out in our favor.”

“Buzzer went off, a win’s a win. It was ugly, wasn’t pretty but we’ll take it,” Cloud continued. “We’ll move forward and we’ll get back in here tomorrow to figure out where we need to be better at.”

Some of those areas that Washington will need to be better at includes all over on the defensive side of the ball. There were costly miscommunications that gave Las Vegas easy opportunities. The Mystics also had lapses at times where they forgot which plays they were running down the stretch when the offense became stagnant. Knocking off the rust and cleaning those areas up during practice will go a long way to advancing further into the playoffs.

Point guard Kristi Toliver returned from a knee contusion injury that has sidelined her since August 8. It was clear she was not 100 percent while sporting a knee brace. Getting Toliver back into the routine and re-integrated with the rest of the team will help minimize some of the mistakes that took place on Tuesday.

“It was ok, still getting used to it, but overall it’s fine,” Toliver downplayed the impact of the brace. “It’s just different because I’ve never had a restriction on my body like that before.”

Head coach Mike Thibault claimed that Washington’s offense may get all of the attention, but the defense is underrated last week. After allowing 57 points in the first half where Las Vegas was shooting 61.8 percent from the field including 4-of-5 from deep, the Mystics will have to clean up their play on the defensive end of the court. Of course, that is easier said than done against a team that has the likes of reigning MVP Liz Cambage, A’ja Wilson, Kayla McBride, and the aforementioned Plum. Things typically start with Cambage down low and all in all, Washington center LaToya Sanders did a decent job limiting the 6-foot-9, 216 pounder.

“Obviously, her size. They let her camp in the lane for forever. I feel like she should at least get a couple 3-second [violations], but I feel like I did my job,” Sanders shared. “Made her think about it, work, take tough shots, I didn’t want to give her any and-1’s, any free throws, just wanted to keep her guessing where the defense was. I kind of know her tendencies, like she loves to go right so I try not to let her turn right. I just try to do whatever I can to help the team win, if that’s to be an annoyance to her the whole game, I’ll take it. That’s my job.”

Despite scoring just five points in the final six minutes of play, the Mystics largely flexed their muscle on offense again. Most of that came from forward Emma Meesseman who was inserted into the starting lineup with Delle Donne and Sanders to watch up with the Aces’ size. The Belgium native had 27 points on 12-of-18 shooting and 10 rebounds in 30 minutes of play. Thibault described Meesseman as the missing piece from last year when she opted to take the season off to recover from year-round play.

“Emma can do that any night,” Atkins said about Meesseman’s performance. She gave us a really huge lift and you can just see the versatility in her game – left, right, up, around, on the perimeter. She’s a great player and that’s just who she is.”

The Mystics and Aces are back in action on Thursday at the Entertainment and Sports Arena in Southeast D.C. at 8:30 pm on ESPN2. Washington is two wins away from advancing to the WNBA Finals for the second straight season.