Your Morning Dump...Where Enes Kanter has some bold predictions for Gordon Hayward 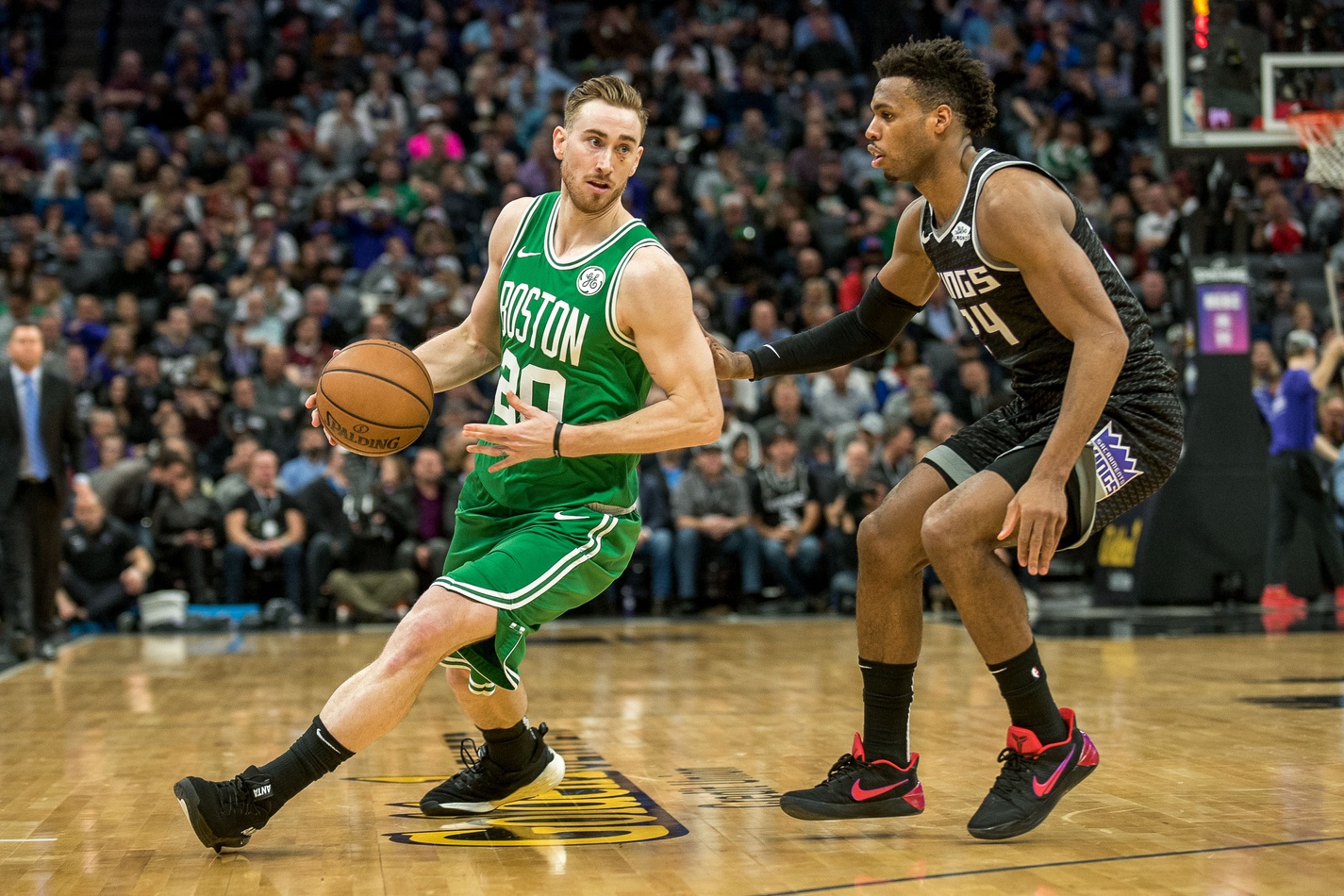 Your Morning Dump...Where Enes Kanter has some bold predictions for Gordon Hayward

“Gordon Hayward — I think he should definitely start eyeing the All-Star Game,” Kanter told NBC Sports Boston on the Celtics Talk Podcast. “He had a very bad injury [but] I see his work ethic, he’s been doing an amazing job…

“He’s been here all summer,” said Kanter. “[Hayward] puts the work in, [he] focused on what he needed to focus on. Like I said, again, obviously he’s a really really good basketball player but the confidence, with that injury — I think last year was a little rough for him but I think this year, man, I see him, he looks strong, he looks in really good shape, and he’s enjoying his time here.”

Team Gordon Hayward has picked up a whole lot of steam this summer as it’s been well documented how far the forward has come since last season. He stayed in Boston all summer long working to get himself back to 100%. Enes Kanter’s quotes just add to the hype and mystique around the prospects of a revival from Hayward.

Kanter and Hayward were teammates for a little over three years in Utah so hearing this from Kanter holds a bit more gravity. He’s seen Gordon Hayward in practice at his absolute best and knows exactly what that looks like. It speaks volumes to the work that Hayward has put in this summer to get his swagger back.

Hayward has also started to assume a leadership role as many other Celtics have followed his lead this summer by putting in those extra hours at the practice facility. It’s something that never really was seen last year as Hayward struggled to be effective on the court, let alone as a leader. It shows how far he’s come in terms of his confidence and he’s done a great job setting the tone. it should be exciting to see him apply what he’s done in the practice gym when games commence in late-October.

As far as the All-Star game goes, that would be a grand slam result for the Celtics this season. After he fell flat on his face last year, it would be quite the spectacle if he was able to get back to form this year. Time will tell if there’s merit for all of this hoopla, but things are trending in the right direction on the Gordon Hayward front.

Page 2: Where Semi Ojeleye fights a battle in his own head for playing time

Ojeleye is about to begin his third season with the Boston Celtics, but it’s his first real chance to earn a major role with the team. The departures of Al Horford, Aron Baynes, and Marcus Morris have created a lot of uncertainty in the Boston frontcourt. There are minutes at power forward and on the wing to be had for Ojeleye.

“I don’t know if it’s for me,” Ojeleye said at the unveiling of a newly renovated wing at the Blue Hill Boys & Girls Club. “I think we’re all just gonna kinda see who fits with what lineup and depending on what game. We’re all competing to see what lineup fits us and how we can be the best on the court together”…

“I’m human. I think we all get down on ourselves,” he said. “I don’t think there’s any person out there that can say when they’re having a bad stretch they’re not going to get down on themselves… But for me, especially, just realizing when I have those down stretches the quicker I get back up, the better I’ll play.”

It’s been a tough year for Semi Ojeleye after playing such an important role for the Celtics in his rookie season. He came back to a roster that had added back Kyrie Irving and Gordon Hayward and it made his fight for minutes even more daunting. He played only 56 games and averaged 10.6 minutes per game last season compared to the 73 games and 15.8 minutes per game he logged in his rookie year.

The problem hasn’t been his work ethic, it’s been the fact that there were always too many cooks in the kitchen. Every DNP he logged last season he would get a workout in postgame to motivate himself. It’s a dog eat dog world and for as hard as Ojeleye’s worked, it’s a league predicated around results and they just haven’t been there for him.

His defense has never been the issue, it’s been on the other end. He doesn’t really have any moves and when his three point shot isn’t falling, he’s a zero on that side of the ball. As a career 31.8% three point shooter, that needs to improve vastly if he wants to see any sort of run. It all starts with his confidence and it remains to be seen if he can be that consistent 3 and D guy that the Celtics envisioned when they drafted him.

According to a league source, the Celtics are signing forward Yante Maten to an Exhibit 10 deal.
Maten was a Heat two-way player last season and averaged 23.5 points and 9.6 rebounds for the Sioux Falls Skyforce.

With the signing of Maten, the Celtics have another prospect to add to their trove that they’ve developed over the years. It seems like they’re just trying to bring in as many guys as possible for training camp as it’ll be competitive for the final spots. The end of the roster is cluttered with talent and it’s smart for the Celtics to throw as many darts out there as possible. It’ll be tough for Maten to make enough noise to get an actual roster spot, but he should be someone the Celtics keep in Maine to monitor his development.