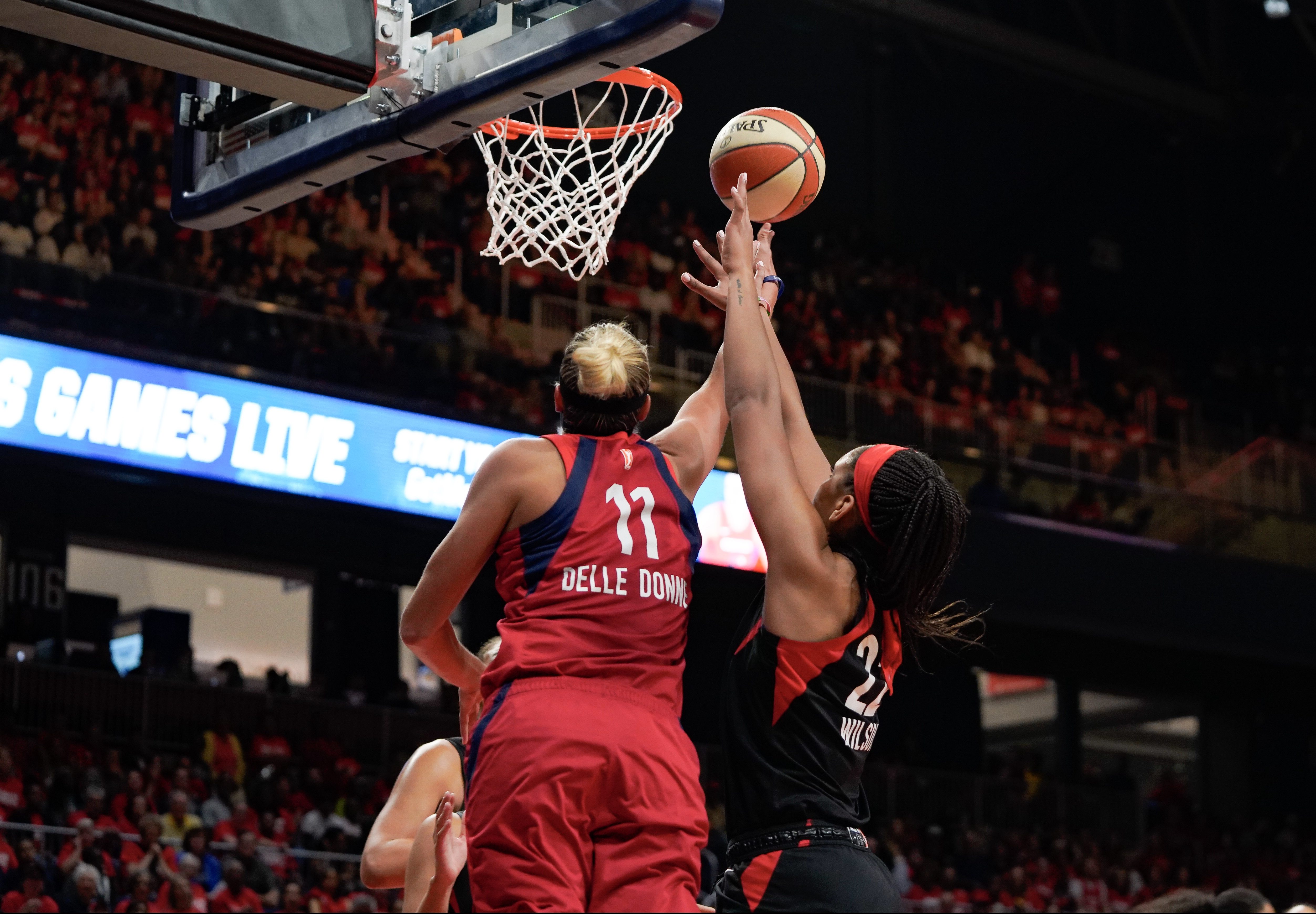 The Washington Mystics have had an unbelievable season to date (although they will all tell you that none of it matters unless they bring home the hardware). That continued ton Thursday ahead of Game 2 against the Las Vegas Aces as the WNBA officially announced Elena Delle Donne as the league’s 2019 MVP. It is the second MVP recognition of Delle Donne’s career, making her the first player to earn the award with multiple teams. Delle Donne received 41 of 43 first-place votes and a total of 420 points from a national panel of sportswriters and broadcasters.

“I would like to thank my teammates and coaches and our wonderful fans — I have the greatest teammates in the world, our coaches have put us in a position to succeed by forming this awesome unit and the energy of our fans has given us the best home-court atmosphere in the league,” said Delle Donne. “Everyone has had a part in this, especially my wife and family, and it took a lot of hard work and focus from all of us together to get to this point. I am extremely proud of this honor, but we still have work ahead of us and we’re all focused playing our hardest to bring a championship to Washington.”

Delle Donne led the Mystics to a franchise-record and league-best 26-8 mark, including a 26-4 record with her healthy the entire game. Already one of the most decorated players in WNBA history, she had a career year that saw her become the first WNBA player to join the exclusive 50/40/90 club, where she shot 51.5% from the field, 43% from the three-point line and a league-high 97.4% from the free-throw line. Overall, Delle Donne averaged 19.5 points, 8.3 rebounds and 2.2 assists en route to her sixth All-Star nod and helped the Mystics achieve several franchise and WNBA records. The team set marks for highest points per game average in franchise history (89.3), highest free throw percentage in a season in WNBA history (87.5) and most assists per game (21.9) in WNBA history.

“We are proud of Elena for the way she has led the team both on and off the court to establish the Mystics as a part of the Ward 8 community,” said Monumental Sports & Entertainment Chairman and CEO Ted Leonsis. “Seeing the connection that she has built with her teammates, coaches and our fans has been incredibly rewarding. Most importantly, we are honored that she considers Washington and our Monumental Sports & Entertainment family her home.”

Delle Donne will be honored before Game 2 at the Entertainment and Sports Arena on Thursday night at 6 pm with a press conference held by WNBA commissioner Cathy Engelbert. Tip-off for Game 2 is at 8:30 pm on ESPN2.