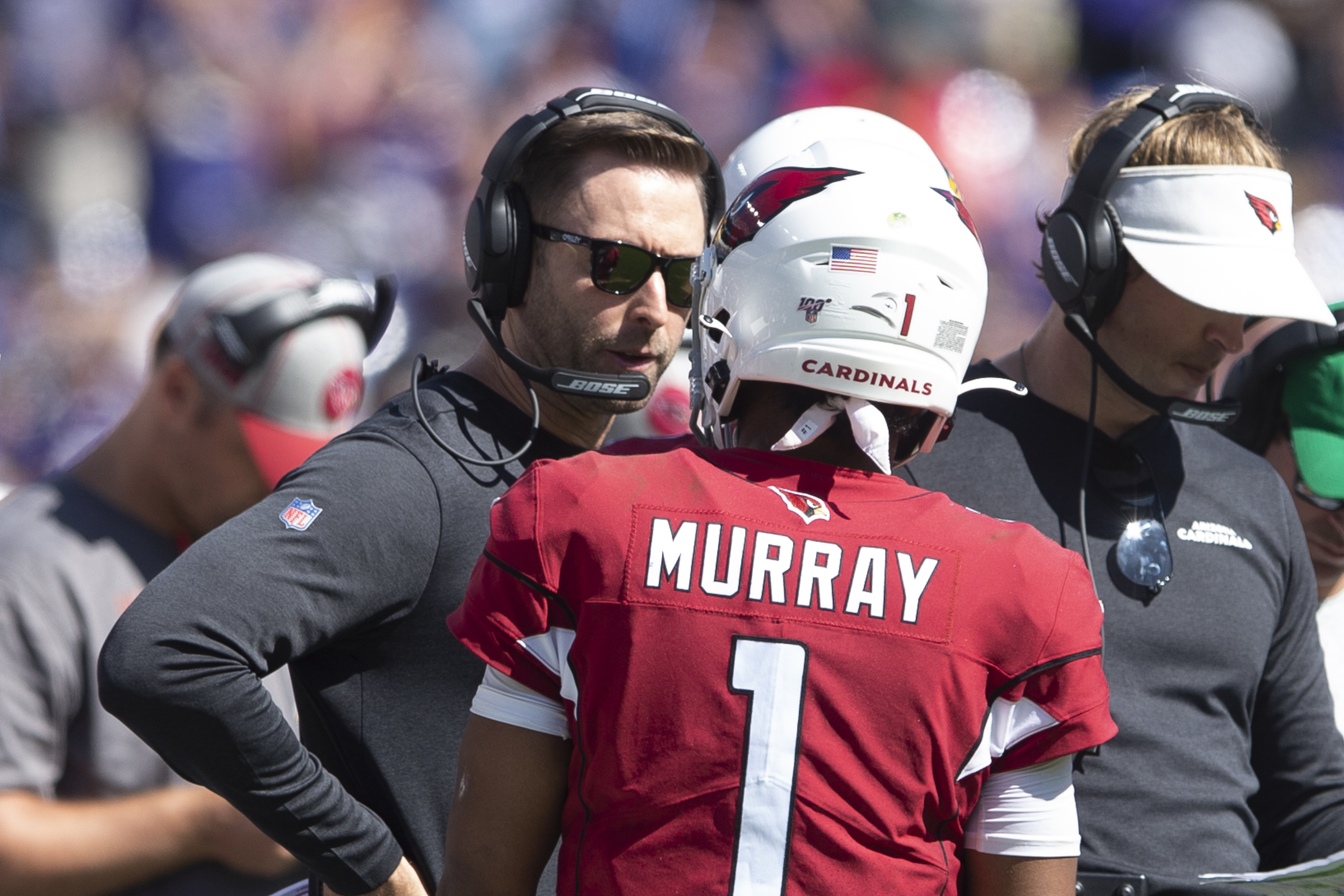 The first week of the NFL season did not disappoint, but Week 2, somehow, was even more entertaining.

A number of teams either won or lost in dramatic fashion, due to a single play or two that decided their game in its final seconds.

It will be tough for Week 3 to live up to that level of excitement, but the good news is that there are some great bets on the board that are begging for action. Here are the five best ones.

Panthers quarterback Cam Newton is really struggling so far this season, whether it’s due to his surgically-repaired shoulder, or the foot injury he suffered during preseason play. Not only that, Newton tweaked his mechanics after having surgery, and it shows. His accuracy is way off, and he can barely throw a football more than 20 yards downfield, allowing opposing defenses to cheat up and stop the run, which has hampered running back Christian McCaffrey’s production.

On the other side of the ball, No. 1 overall pick Kyler Murray has already shown flashes of greatness. He nearly led his team to a win against one of the top defenses in the NFL last Sunday — in Baltimore, no less — and he showed a ton of moxie in leading his team back from an 18-point deficit agains the Lions in Week 1. Murray and the Cardinals are riding momentum, and they’re catching three points at home, so this is a must-bet.

These AFC South matchups tend to feature a lot of ball control, great defense and not all that much else. Not only that, Thursday Night Football often features sloppy play, and missed opportunities.

Marcus Mariota came back down to earth in last Sunday’s loss to the Colts, and rookie quarterback Gardner Minshew has shown he can manage a game well, but he’s not exactly going to throw for 300+ yards and light up the scoreboard. Expect defense to lead the way on Thursday night, similar to Monday’s Browns-Jets game, so bet the under and get that money.

The Chiefs scored 28 points in one quarter of Sunday’s win over the Raiders, and had head coach Andy Reid not taken his foot off the gas pedal, the team would’ve scored 40+ with ease. Patrick Mahomes is looking like the best quarterback in the NFL, and the Chiefs offense at home is dangerous.

On the other side of the ball, Lamar Jackson has transformed the Ravens offense from a one-dimensional borefest into a dynamic machine, with a perfect balance of run and pass plays. Jackson can beat teams with his legs, the Ravens can run the football underneath or the flashy quarterback can hook up with “Hollywood” Brown for big plays. The Chiefs defense has no problem giving up points, and expect both teams to score, in a game that will likely reach the 30s.

The Eagles lost three receiving targets — Alshon Jeffery, DeSean Jackson and Dallas Goedert — due to injury in the same game on Sunday night, and the team will be without at least two of them heading into this week’s matchup with the Lions. Expect a heavy dose of the run game to make quarterback Carson Wentz’s job easier, especially after all the hits he took in the team’s Week 2 loss to the Falcons.

As for the Lions, Matt Patricia has completely revamped the team’s identity on both sides of the ball, and the pass-heavy approach is now a thing of the past. It’s all about running the football and playing hard-nosed defense, and expect the Lions to do exactly that on Sunday. This total is simply way too high.

The Saints with Drew Brees under center are a Super Bowl contender, but his thumb injury has forced the team to start Teddy Bridgewater going forward. Bridgewater looked like a quarterback that doesn’t belong on a football field in Sunday’s loss to the Rams, the same way he came off in last season’s Week 17 game against the Panthers. The Saints still have playmakers on both sides of the ball, but Brees is the fuel that powers their locomotive; without him, they’re merely a shell of their former self.

As for the Seahawks, they’re coming off a huge road win in Pittsburgh, with Russell Wilson and offensive coordinator Brian Schottenheimer finally appearing to be on the same page. The team finally realized a run-heavy gameplan isn’t always the path to victory, and allowing Wilson to torch the Steelers secondary finally has the offense clicking on all cylinders. They come into this game riding tons of momentum, while the Saints are playing their second consecutive road game. Take the Seahawks.

Those are our five best bets for Week 2. If you’re looking to make a wager this Sunday, we recommend MyBookie for all your NFL betting needs.