Five Under-the-Radar Reasons Why the Packers Are 2-0 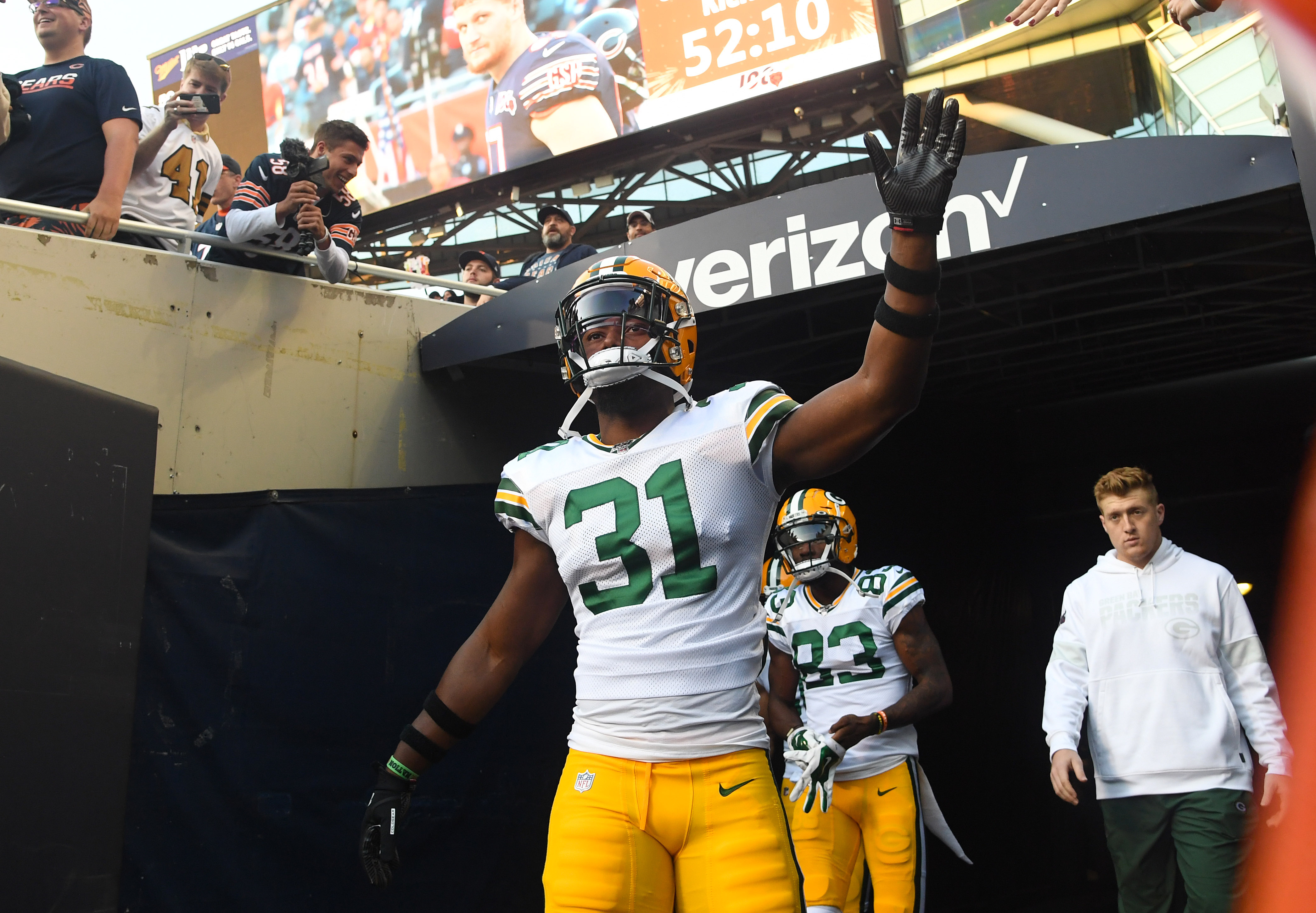 Five Under-the-Radar Reasons Why the Packers Are 2-0

The Green Bay Packers are off to a 2-0 start and both wins have come against division rivals who figured to be the team’s top competition for the NFC North crown. While neither victory can be described as “pretty,” the fast start is very encouraging, especially since these are the types of games the Packers often seemed to lose in recent years.

While some players make headlines, here is a look at some of the more subtle reasons why the Packers are off to a fast start this season.

1. The Safety Play Is Much Better Than a Year Ago

The Pack has two new starters at safety this season in free agent acquisition Adrian Amos and first-round pick Darnell Savage. This has proved to be a big upgrade over last year’s starting duo of Ha Ha Clinton-Dix and Kentrell Brice.

Amos gives the Packers experience and savvy and most importantly, is positionally sound. Too often last season, Green Bay’s safeties gambled, took poor angles on tackles and gave up big plays that broke the back of the defense in crucial situations. Amos eliminates that problem.

Savage is a hitter who can play strong in the box and has been a great addition to the starting lineup. His speed and enthusiasm give new life to the secondary and the Packers have upgraded this position significantly over last year.

Raven Greene had a very strong performance in Week 1 before injuring himself early in the Minnesota game. His versatility will be missed until Oren Burks is healthy enough to return to the lineup.

2. JK Scott Has Been Outstanding

When your offense isn’t lighting up the scoreboard, field position matters. Punters rarely make headlines unless they shank a crucial one or get a kick blocked, but JK Scott’s punting has helped the Packers defense significantly in the first two games of the season.

Scott is averaging 47.6-yards per kick on 17 punts thus far with six of his kicks pinning the opposition inside their own 20. In addition, Scott is getting excellent hang time. Five of Scott’s kicks resulted in fair catches which denies opponents a chance to make a big return.

Scott has helped set the table for the defense to be more aggressive and forced opponents to drive 80-plus yards to score touchdowns. That has made a big difference for the Packers through the first two games.

3. The Defensive Line Has Been Tougher

Kenny Clark gets most of the headlines and deservedly so, but the Green Bay defensive front has played well thus far except for their struggles to stop Dalvin Cook in the Minnesota game. Clark has been in on seven tackles and has 1.5 sacks in two games. More importantly, his ability to penetrate the line of scrimmage allows the Pack to disrupt opposing plays before they develop.

Dean Lowry has six tackles and knocked down a pass while continuing to play well against the run while Montravius Adams has shown he’s at least a capable starter. Tyler Lancaster has three tackles and has contributed well as a rotation player.

Defensive coordinator Mike Pettine likes to line up Za’Darius Smith, Preston Smith and Rashan Gary with their hands in the dirt on obvious passing downs and the stronger play up front has allowed Pettine to use these varied looks more effectively this season.

Bulaga has arguably been Green Bay’s best offensive lineman through the first two games. While the guards and David Bakhtiari had their hands full with the Bears in Week 1, Bulaga had a strong game. He played well again in Week 2 against Minnesota, doing his part to keep Aaron Rodgers from being constantly bombarded by pressure.

Bulaga is in his contract year and he’s playing like he knows his future depends on it. Whether the Packers sign him to another deal, or he moves on, Bulaga understands the importance of having a strong season in 2019 and the veteran tackle has lifted his game accordingly.

5. The Corner Play Has Been Much Improved

Green Bay’s secondary has benefited from good play by both starting corners in the opening two weeks of the season. Jaire Alexander has eight tackles and leads the team with four passes defended. He has been strong in coverage and his confident attitude helps set the tone for the defense. The only thing Alexander can’t seem to do is hold on to potential interceptions.

Having a healthy Kevin King is a big asset for the Packers. King’s size and reach are assets to the defense. The former University of Washington star has made six tackles, has one sack, two passes defended and a big interception in the end zone that ended the Vikings last real scoring chance.

Both Tramon Williams and Tony Brown have also contributed to the secondary’s success. Williams is respected in the locker room and is almost like another coach on the field. Brown has five tackles and has been a serious upgrade over the players the Pack had at this position in recent years.

Neither Kirk Cousins nor Mitchell Trubisky completed 50 percent of their passes against the Green Bay secondary. In a league where most offenses are pass oriented and good quarterback play is essential to victory, limiting the opposing signal caller’s effectiveness is a great recipe for victory.

The corners also helped contain the Vikings dangerous duo of Adam Thielen and Stefon Diggs throughout most of the Minnesota game.

It is unclear whether the Packers can keep this level of play up for another 14 games. But what is clear is that these players have made a difference for the Packers thus far without necessarily making big headlines.