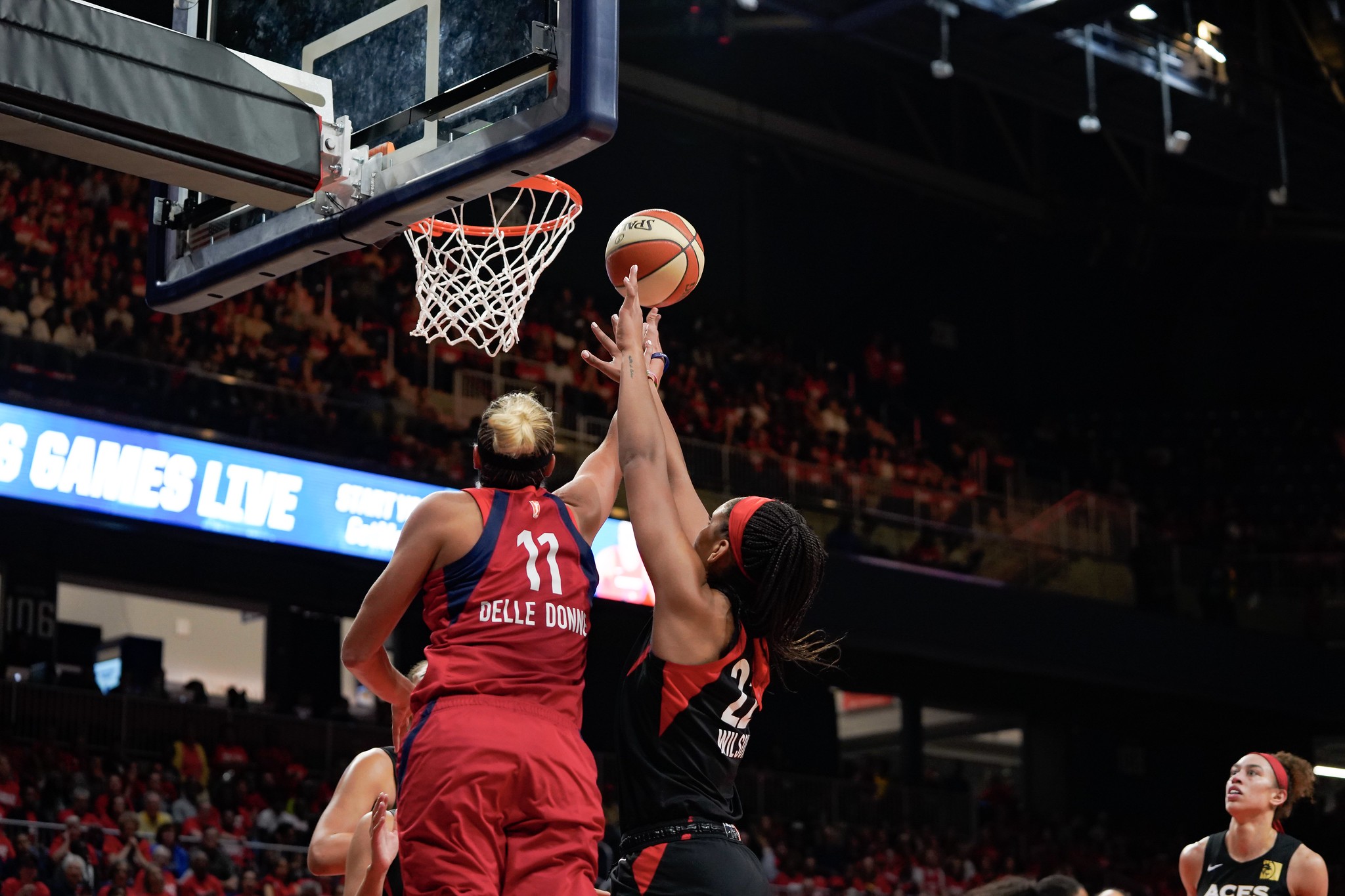 WASHINGTON, D.C. – The Washington Mystics won a close one that went down to the wire on Tuesday night. It was an instant classic that ended with a Mystics 97-95 victory over the Las Vegas Aces.

The Mystics who are favorites, having finished as the top seed in the WNBA after a 26-8 regular season, brushed off the rust after their week-long hiatus.

Mystics forward Emma Meesseman led the team with a playoff career-high 27 points on 12-for-18 shooting from the field and 2-for-4 from 3-point range to go along with 10 rebounds, registering her second career postseason double-double. Meesseman’s 12 field goals made set a new Mystics playoff record.

Washington will take the floor once again against Las Vegas in Game 2 of a best-of-5 series on Thursday night.

Check out my favorite photos from Tuesday’s Game 1 and the full gallery here: 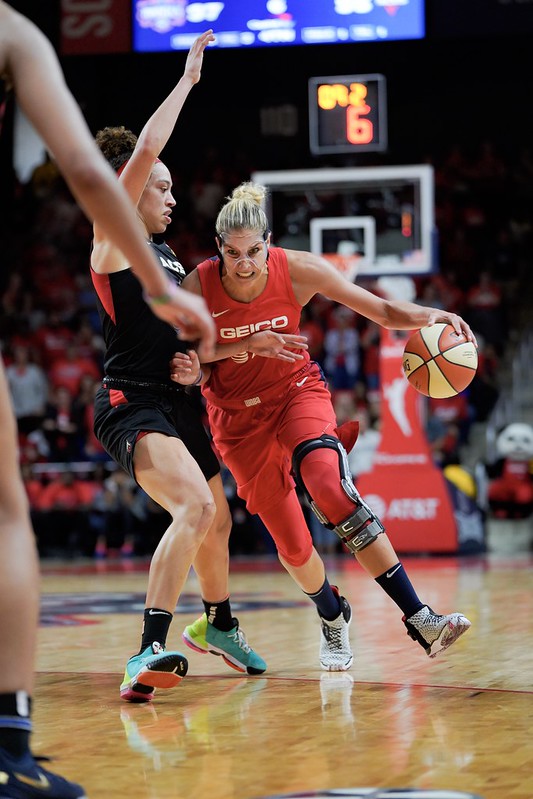