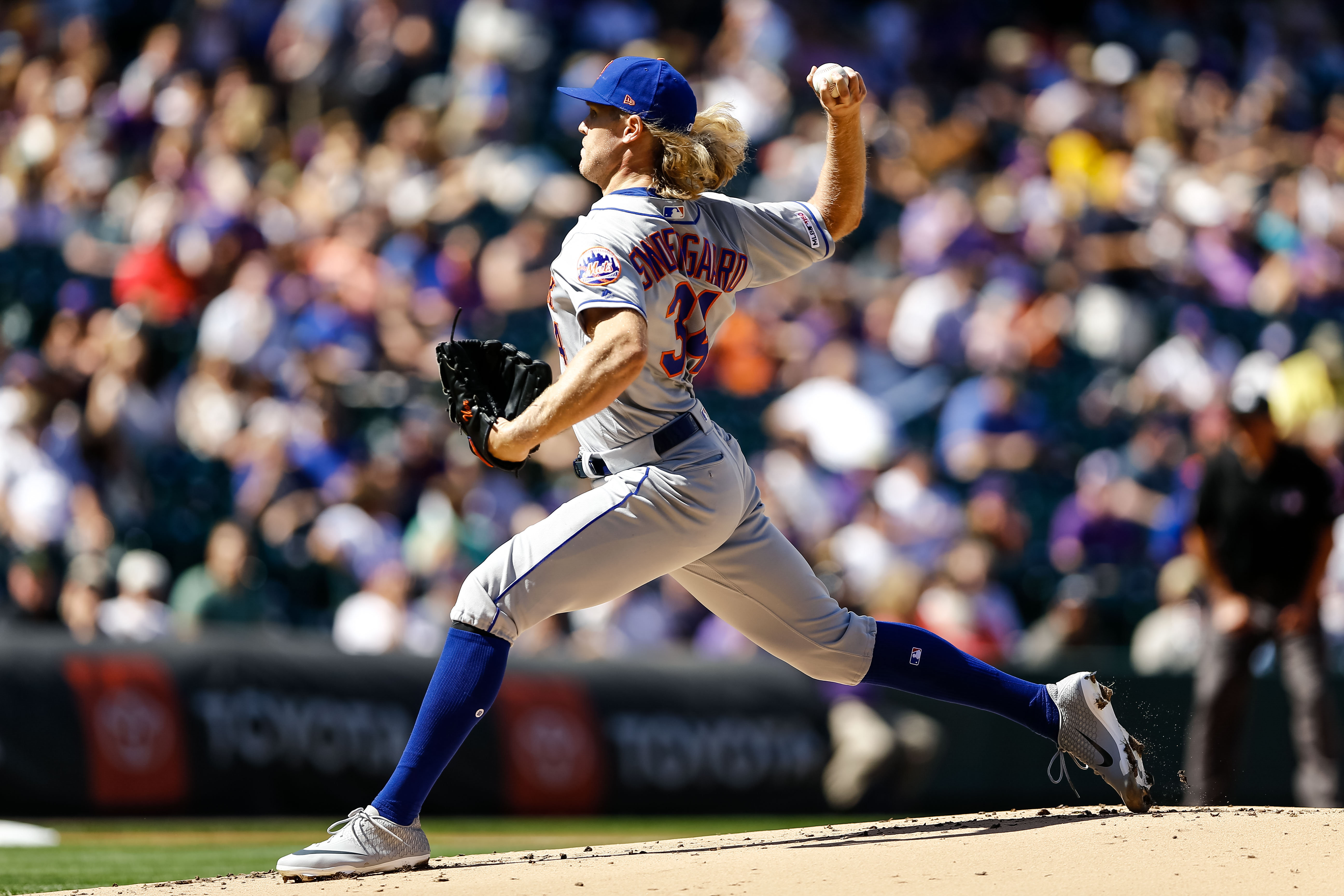 The New York Mets gave Noah Syndergaard his personal catcher yesterday, but the results did not improve. Syndergaard struggled mightily against the Colorado Rockies, giving up four runs on 10 hits in 5.2 innings with Rene Rivera behind the plate. The Mets bailed Syndergaard out of a loss by rallying for four runs in the ninth inning, but this latest poor showing leads to further questions about Syndergaard’s future with the team.

Syndergaard has had a very underwhelming season, going 10-8 with a 4.22 ERA over his first 30 starts. The Mets have seen Syndergaard experience incredibly high highs this season, including a complete game shutout where he homered to drive in the lone run, but also incredible lows such as a ten run stinker against the Chicago Cubs in a must-win game. Add in the drama about his unwillingness to work with Wilson Ramos, and this situation is a frustrating headache for the Mets to sort through.

Syndergaard has expressed his desire to be a Met for the past year as trade rumors have swirled around him. The Mets have done little to dissuade those rumors, and the expectation is that Syndergaard will be shopped again over the winter. It seems like this situation will be coming to a head soon, especially since the Mets have to choose whether or not to retain Zack Wheeler.

Wheeler is a pending free agent and has been far more consistent than Syndergaard this season, and the fact the Mets didn’t trade him in July at least raises the possibility they want to bring Wheeler back. If Wheeler comes back, the Mets will have a lot of money invested in the starting rotation, and they could trade Syndergaard as a way to reduce those costs while also adding multiple pieces to improve the rest of their roster.

If Wheeler ends up leaving, the Mets have to figure out a way to salvage Syndergaard’s relationship with Ramos going forward. The ongoing trade rumors certainly have soured things, but the Mets will need to figure out what to do with their talented but inconsistent right hander over the winter.