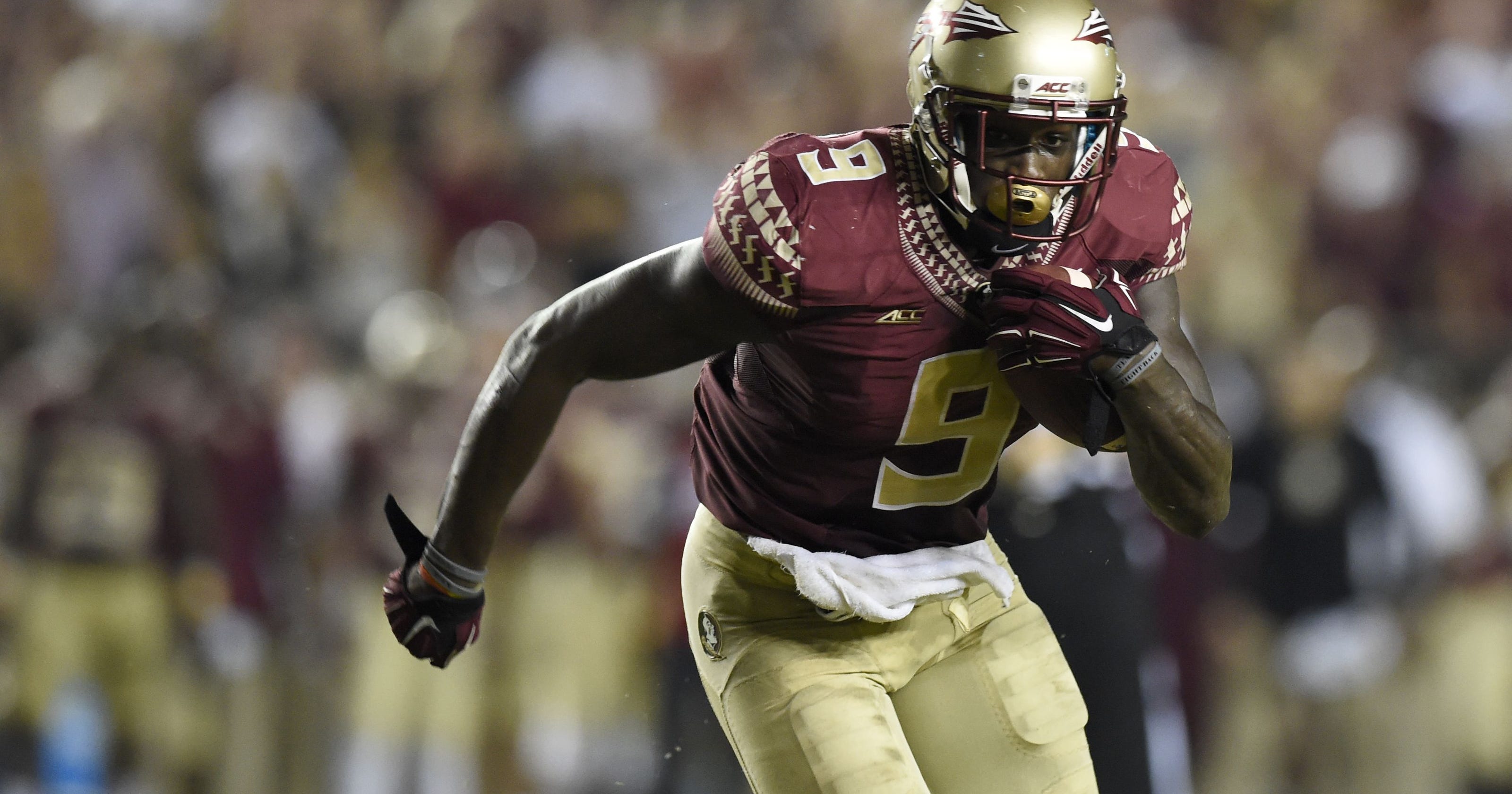 Over his final two seasons in Tallahassee, former Florida State quarterback and 2013 Heisman Trophy winner, Jameis Winston, missed just one start and that came to a suspension. That contest came on this day five years ago as the Seminoles managed to rally for an unlikely victory over Clemson and a freshman quarterback who would make quite a name for himself when all was said and done.

No. 1 and reigning national champion FSU had won 18 straight games when it hosted 22nd-ranked Clemson on Sept. 20, 2014 at Doak Campbell Stadium. In what would be the ACC opener for both teams, the Seminoles and backup quarterback Sean Maguire got a number of key breaks before surviving in overtime on a Karlos Williams touchdown run, 23-17.

The Seminoles’ only lead until overtime was a 3-0 advantage after the first quarter, thanks to a 50-yard field goal by Roberto Aguayo. The Tigers would answer with a field goal of their own and a short touchdown run by D.J. Howard to take a 10-3 lead into the locker room.

A short touchdown run by Mario Pender early in the third quarter knotted the game, but Clemson answered in the fourth on a 2-yard keeper by quarterback Deshaun Watson. Down 17-10 and facing 2nd-and-24 with less than seven minutes to play, things looked bleak for FSU, but Maguire had an answer as he found Rashad Greene down the sideline for a 74-yard score to tie the contest with just over six minutes to play.

Maguire had rallied the Seminoles, but looked as though he had made a critical mistake on the next possession when he overthrew a pass for wide receiver Jesus Wilson, which ended up in the hands of Clemson safety Jadar Johnson. Johnson returned the ball to the FSU 26-yard-line with just over two minutes to play to put Clemson in field-goal range and in position to win.

On the second play of the Tigers’ final possession of regulation, C.J. Davidson carried the ball inside the 15-yard-line, but was stripped by FSU’s Eddie Goldman and safety Nate Andrews recovered to send the contest into overtime.

Facing a 4th-and-1 on the first possession, Clemson left the offense on the field, but Goldman was in the backfield to meet running back Adam Choice who was stuffed for no gain. It took FSU just two Williams carries to find the end zone as the senior capped the game with a 12-yard touchdown scamper to run the Florida State winning streak to 19 games.

Maguire finished the night with 304 yards passing, the touchdown to Greene and two interceptions. Greene led all receivers with nine catches for 135 yards. On the Clemson side, Watson finished with 296 yards of offense in his first real extended playing time.

FSU would win the game and go on to win the ACC at 13-0 before falling to Oregon, 59-20, in the Rose Bowl — the first College Football Playoff game ever played. At 1-2, Clemson would go on to win nine of its next 10 games to finish 10-3. In the two years to follow, Watson would take the Tigers to back-to-back National Championship games, winning the second.

Five years later, the victory serves as Florida State’s last over Clemson. It happened on this day in 2014.