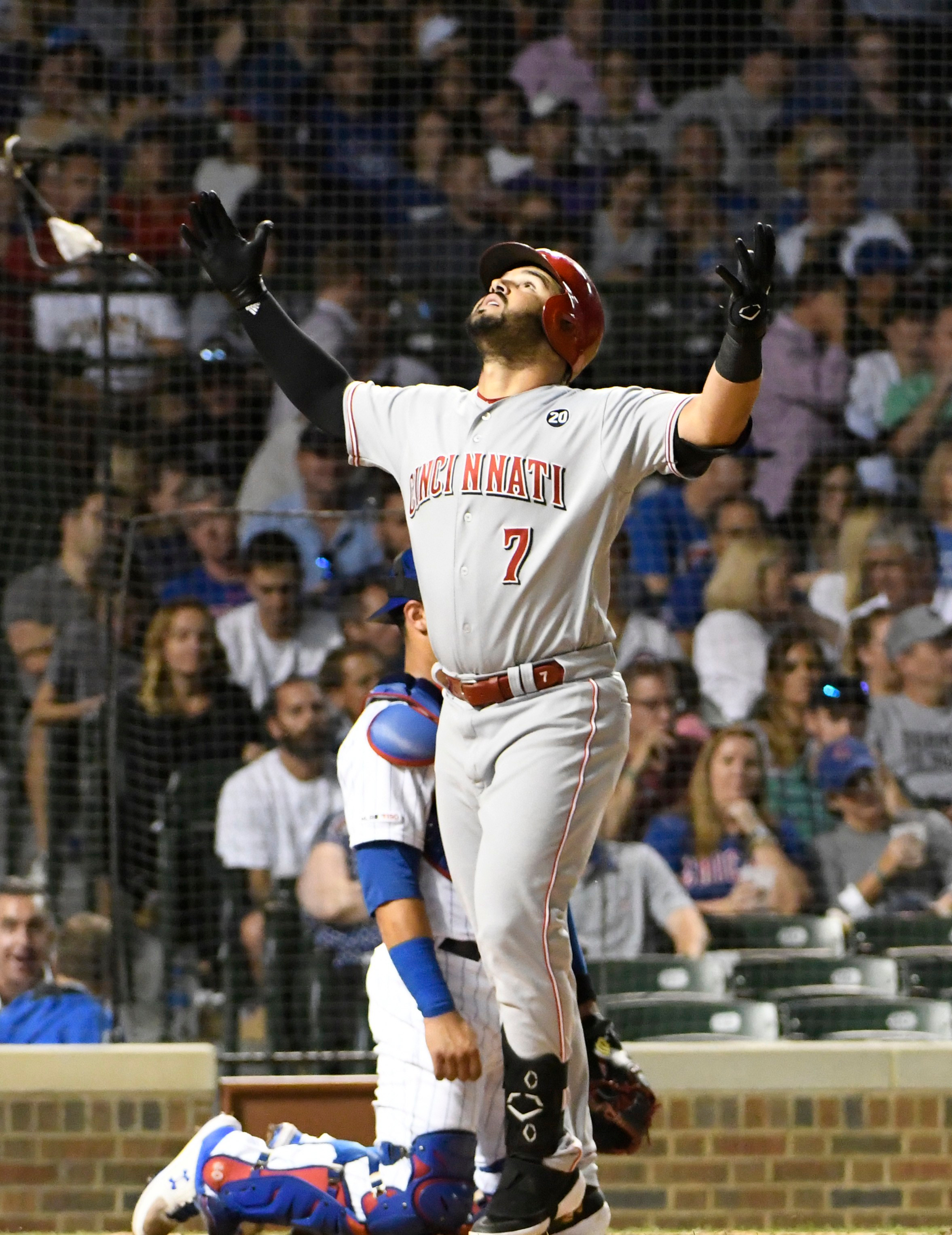 Eugenio Suarez of Puerto Ordaz, Venezuela set the Major League Baseball home run record for most home runs in a season by a player from Venezuela on Wednesday. Suarez hit his record 48th home run of the season for the Cincinnati Reds in a 3-2 win over the Chicago Cubs at Wrigley Field.

Suarez broke the record previously set by Andres Galarraga of Caracas, Venezuela, who had 47 home runs with the Colorado Rockies in 1996. Suarez set the record when he hit a 409 foot solo home run to center field off of Cubs starting pitcher Jon Lester to open the scoring and give the Cubs a 1-0 lead.

Miguel Cabrera of the Detroit Tigers has the record for most home runs all-time by a Venezuelan-born player with 475. However, he has only hit 44 home runs in a season, a feat he has accomplished twice. The first time came in 2012 and then again in 2013. Interestingly, Suarez is tied for 14th place on that list with Edgardo Alfonzo as they each have 146.

It has been a very disappointing season for the Cincinnati Reds. For a team that was very active in offseason transactions, the Reds only have a record of 72 wins and 81 losses and  are 14 games back of the St. Louis Cardinals in the National League Central. At nine games under the .500 mark, the Reds are in fourth place and only ahead of the Pittsburgh Pirates.

Suarez has nine games left for the Reds in 2019. He has three games each against the New York Mets, Milwaukee Brewers and Pirates.