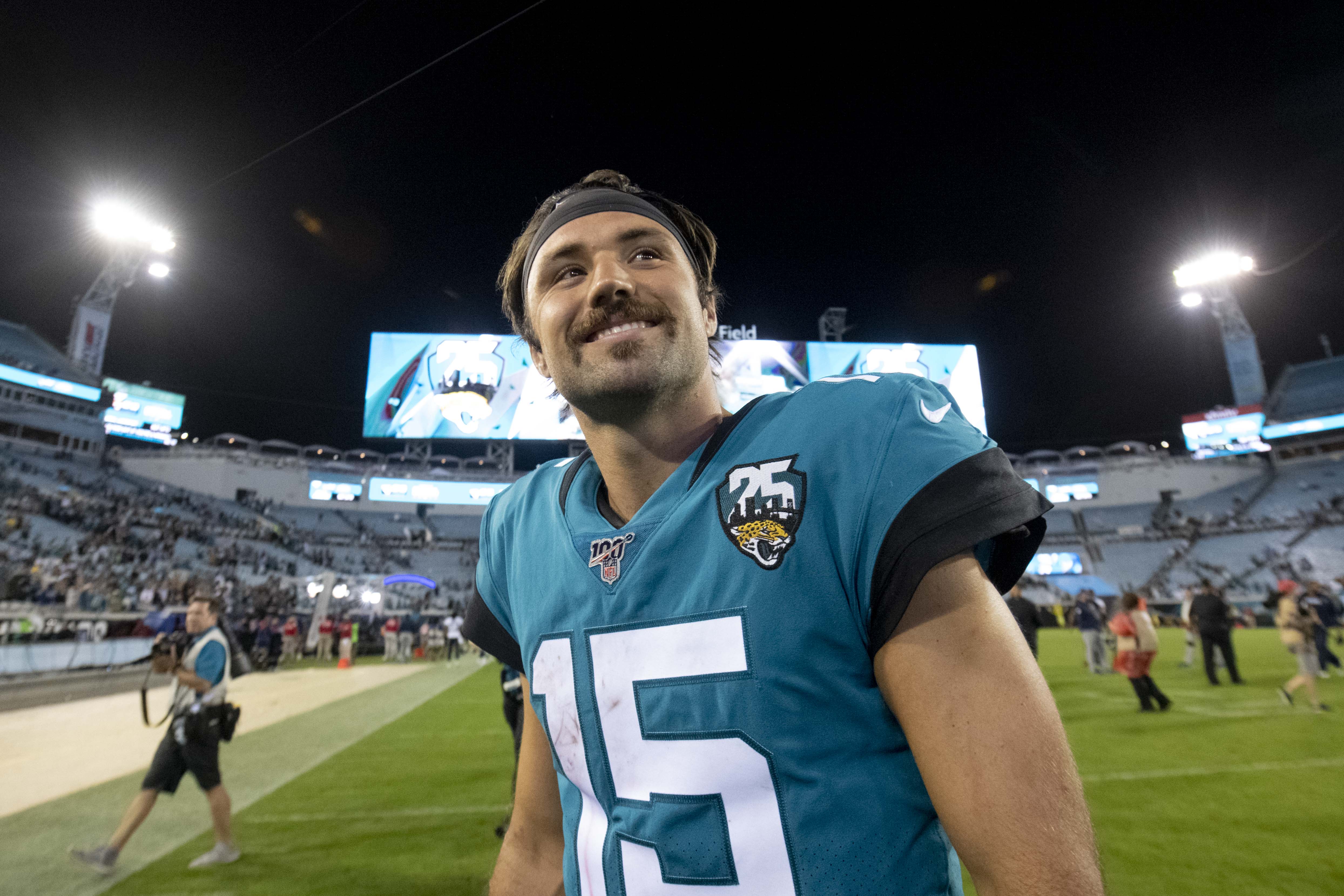 Gardner Minshew’s passion for playing football might be unmatched in the NFL.

The Jaguars quarterback has quickly risen to cult hero status since replacing injured starter Nick Foles, and his legend continues to grow with each story told. Last week, it was pre-game stretches in nothing but a jockstrap, headband and sunglasses. This week, on the Pardon My Take podcast, Minshew told the story of the time he once tried to break his own hand to extend his college playing career:

Here’s a story, the only group of people I’ve ever told is the Washington State football team before this last year and it was just about, ‘What would you do to play more football? I went (to ECU) from junior college and the situation was I had two seniors above me, so I was hoping to go in there, redshirt and then be able to play three. It was an awesome setup. We get into about Game 4 and we moved our backup to running back and our starter got knocked out with a concussion. So shoot, I’m standing there and I go in and play about a half.

Then we go in for the next weekend and the starter’s going to be back. So I’m like, ‘Dang man, I just played a half and really wasted a year on playing a half of ball.’ I was pretty pissed so I started looking around at what I could do and what my options were. The only thing I could do was to get a medical redshirt. But if I played in this next game, then that would be off the table. So I get an idea. I go home, I grabbed a bottle of Jack Daniels, and a hammer. And I go back in my room, I take a pull of Jack Daniels and put my hand down on the table and ‘Boom, boom, boom, one-two-three,’ and hit the hell out of my hand. I’m sitting there shaking, but I know it’s not broken, and I did it again. Still nothing at this point and knew it wasn’t broken. So another time, another pull, another three hits and that was all I could take. I couldn’t break my own hand.

Minshew was willing to go through with breaking his own hand just to play more college football; incredible.

It doesn’t appear he’ll have to do anything that drastic to play in the NFL, though. His star is on the rise after leading Jacksonville to a win over the Tennessee Titans on Thursday night. And with Foles still recovering from a shoulder injury, Minshew’s playing time shouldn’t be in jeopardy anytime soon.