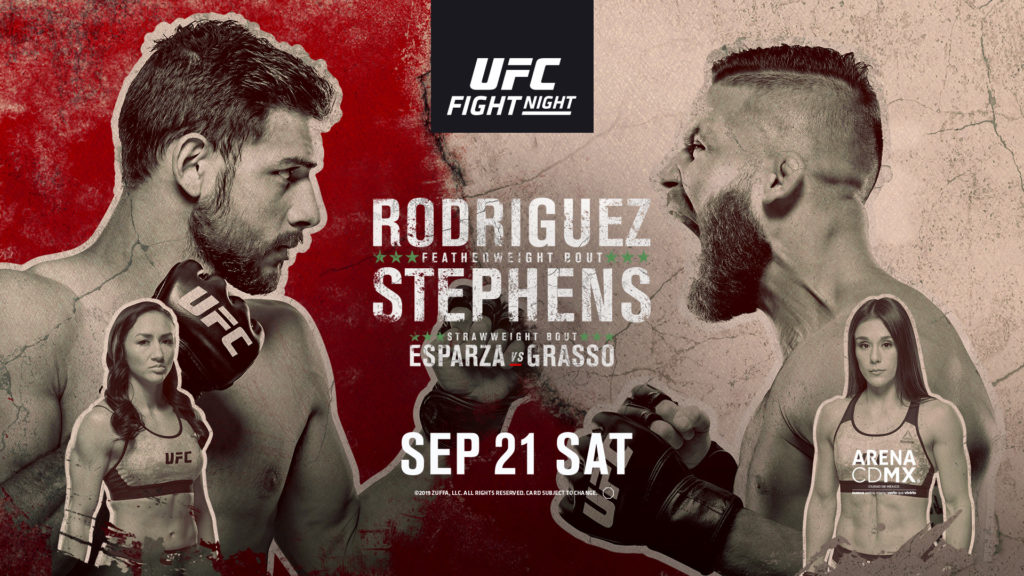 Luke: In 44 pro fights, there’s nothing Yair is going to throw at Stephens that he hasn’t seen before, despite his offense being flashy and a lot of spinning. However, I think Yair’s output and pressure will be enough to outpoint him, especially in the championship rounds. Rodriguez via UD.

Luke: Neither of these women have won a fight via finish since December 2014, so we’re getting fifteen minutes. As far as dealing with wrestlers, Grasso defeated (by SD) Randa Markos, but was finished, her only finish loss, to Tatiana Suarez. Esparza’s wrestling doesn’t end in submissions, just lots of lossed rounds for her opponent, and I can see her grinding out some rounds, at least two. Esparza via UD.

Luke: This is a HELL of a test for Askarov. He’s basically been a Russian Moreno in ACB, combining slick submissions with the occasional TKO. So, do you know what we’re in for with two awesome grappler finishers? That’s right! Mediocre kickboxing bout! Moreno via dull SD.

Luke: Melo has had moderate success in the Brazilian regionals, and Aldana, while her record isn’t sterling, has been in the cage with some of the best of the best. Aldana via UD.

Luke: These guys are both very talented, very well-rounded, and this could easily be FOTN if the main event doesn’t deliver or ends quickly. If the UFC wanted to book a bounceback fight for Bravo in his home country, this is not it, because Peterson is a pitbull. I think this will be a fun grappling bout with the occasional heavy hands thrown. Bravo via SD.