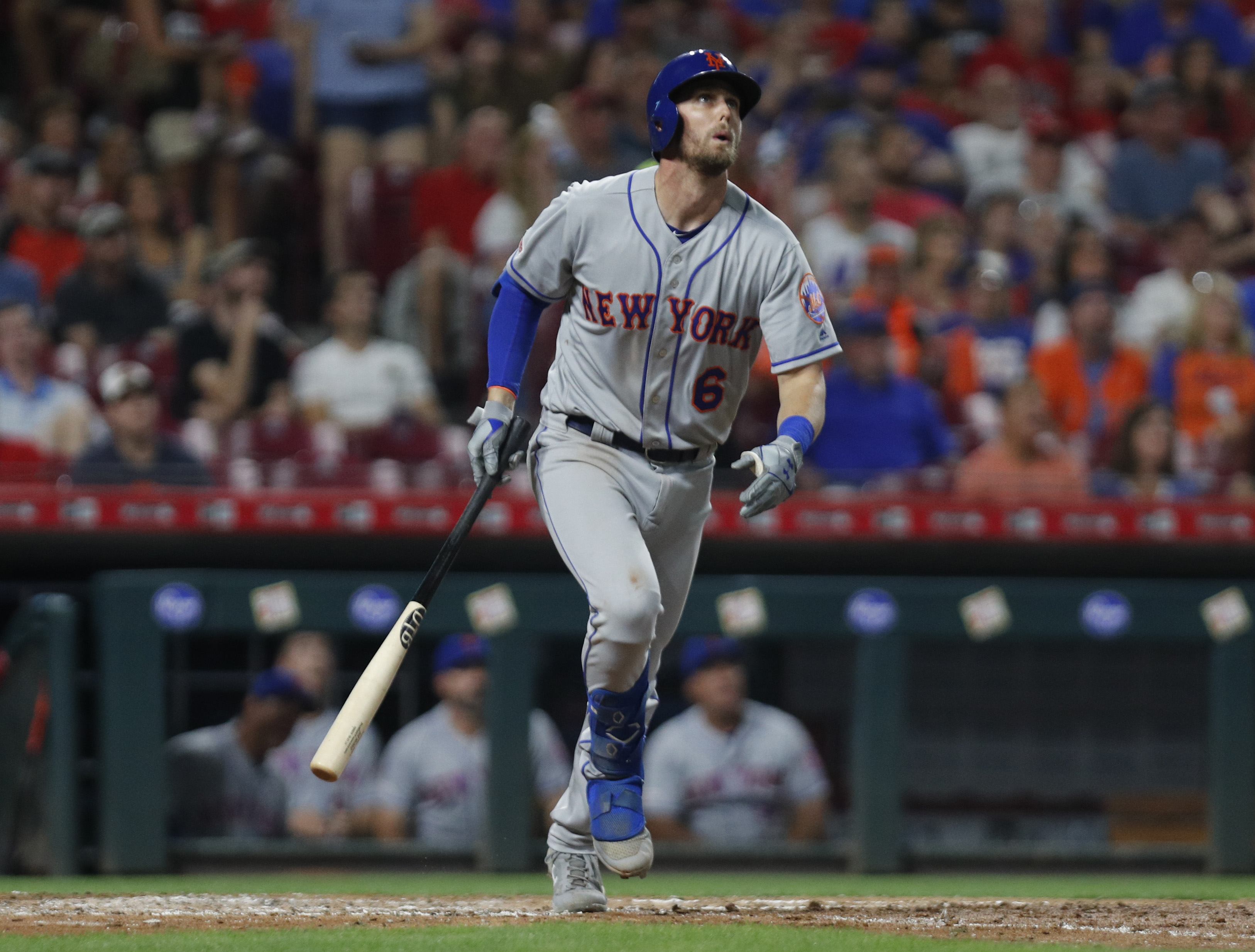 The Mets continue their odyssey to win every single game between now and the end of the season and hope that it will somehow be enough to make the wild card game. Today, you can find them at Great American Ballpark for a 4:10 start against the Cincinnati Reds.

If you’re headed out to the game, the Reds will give away a fleece blanket to commemorate their 150th anniversary. The timing couldn’t have been better.

The #Reds have a blanket giveaway tomorrow for the first 20,000 fans. Game time is 4:10 pm.
It's supposed to be 87 degrees tomorrow. Should've had the blanket giveaway 5 months ago.#BornToBaseball

Keith and Gare are on WPIX today while the usual suspects are on WCBS 880 and ESPN Deportes 1050. If you’re in Cincinnati you can find them on FOX Ohio on television and WLW 700 on the radio, where you can enjoy the final week of broadcasts of Marty Brennaman’s illustrious career.

Zack Wheeler is coming off one of the best starts of his career on Sunday night against the Dodgers. Wheeler gave up one run in seven innings against the best offense in the National League in a start that was ultimately wasted by the bullpen and lack of hitting .

Anthony DeSclafani is 9-9 with a 3.93 ERA this season with 155 strikeouts. He’s coming off a Jacob deGrom type start where he pitched seven innings and allowed one runner to reach base. It was the only runner that reached base against DeSclafani and the Reds all game. But he scored on a sac fly and the Reds somehow lost 1-0. DeSclafani, nicknamed “Disco”, is enjoying a bounce back season where his ERA is down a full run, his FIP is down to 4.53 from 4.83, and his WAR has risen from 0.3 to 2.9. His ERA+ has also gone up from 84 to 116.

One game at a time. #LGM

Todd Frazier back in the lineup for J.D. Davis as Jeff McNeil shifts to left field.

Here is how the Redlegs will line up against the Metropolitans on Saturday.#BornToBaseball pic.twitter.com/PY9QsGUHWf

Top six are the same, Brian O’Grady and Derek Dietrich come in for Phillip Ervin and Jose Peraza.